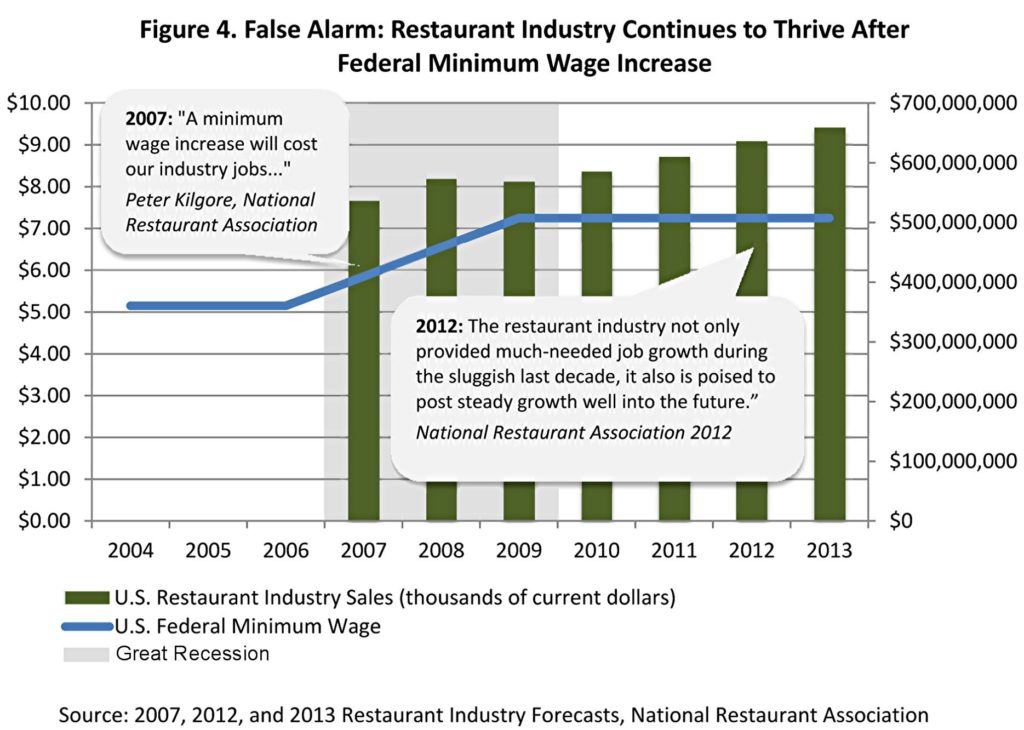 In her Congressional testimony from 1959, Eleanor Roosevelt noted the repetitive quality of objections raised by minimum wage opponents over the previous five decades. More than 50 years later, it appears that nothing has changed.

Our new report, published with the National Employment Law Project, documents the rhetorical onslaught launched by minimum wage opponents over the past 100 years. Rather than approaching these claims at face value, we step back and review how minimum wage opponents have presented their case through roughly a century’s worth of public statements, congressional testimonies, editorials, media interviews, and other public records, devoting a critical eye to the trajectory of these criticisms over time.

Sample quotes from Consider the Source: 100 Years of Broken-Record Opposition to the Minimum Wage:

“Rome, 2,000 years ago, fell because the government began fixing the prices of services and commodities. We, however, know what has always happened when governments have tried to superintend the industry of private persons. The final result has always been distress, misery and despair.”

“Economic freedom, not minimum-wage socialism, is the key to reducing poverty.”

The Dow Is Up But the 99 Percent Are Down