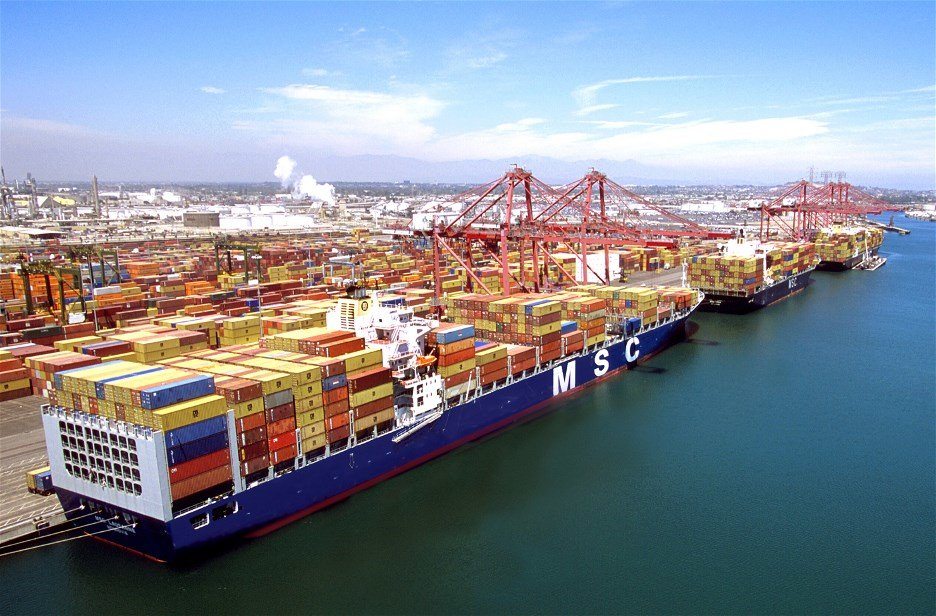 Sometimes the conventional narrative the media tell about a news story feels so wrong I can’t stand it — but I don’t know why until the story’s over. The recent coverage of the labor dispute at the West Coast ports — including Los Angeles and Long Beach — is a case in point. News reports focused on the long, drawn-out negotiation process as an economic disaster waiting to happen, and blamed the entire situation on those dastardly workers and their unions.

The narrative included several key arguments: A union slowdown at the ports was causing a backlog of shipping containers carrying everything America buys, putting all importers at risk and causing a plague on American shoppers. There would be long-term economic damage to our region as a consequence. With the eventual opening of the widened Panama Canal, shippers would skip the West Coast and head to other ports. That would hurt Southern California-based shippers, wholesalers, retailers and average citizens looking for their favorite stuff. To avoid all this trouble the President should invoke federal law and speed things up.

The union response was simple: We don’t do slowdowns and we negotiate at the bargaining table not through the media. Talks between the shipping companies and the dockworkers had dragged on for six months – even during a December increase in off-loaded containers – and they only came to a conclusion on February 19 when an agreement was announced.

It took a while, then both the L.A. Times and the L.A. Business Journal began writing stories from perspectives they had not revealed earlier.

One involved a major logistical snafu that had been building up for several years after shipping lines stopped providing trailers to port truck drivers and, instead, told the drivers to get their trailers (also known as chassis) from third-party companies. With the arrival of larger container ships, though, matching the right truck trailer for the right-sized container, at the right time, became a slow, cumbersome process. The ports are still trying to solve this glitch.

How big of an impact has that glitch caused? Well, big, but not that big. First, the larger ships are larger. Instead of carrying upwards of 5,000 containers, the new mega ships can carry up to 12,000. That’s a huge difference, and the ports are still trying to adjust their methods of unloading and distribution. But all the carriers out there waiting to unload are not mega ships, and there are not that many. In a panel discussion for the L.A. Business Journal, Wells Fargo Trade Capital Vice-President Kevin Sullivan gave us the numbers: At the peak of the longshore workers strike in 2002, some 97 ships were backed up. This time the count topped out at 22. Again, that’s a huge difference, and the port was a lot smaller in 2002.

In mid-March the L.A Times reported that the problem wasn’t the union cutting back on work at all. In January the shipping companies had stopped unloading ships at night and cut work shifts over the President’s Day weekend in February. This hurt workers, of course, but it also hurt everyone else – shippers, distributors, wholesalers, retailers, shoppers – all those folks the companies claimed the union workers hurt.

Finally, the economists weighed in. Would the bottleneck at the ports hurt long-term prospects for L.A. and other West Coast ports? The answer, apparently, is No. Talking about the potential impact of a widened Panama Canal, Jock O’Connell of Beacon Economics estimated that despite the billions in infrastructure invested by Gulf and Eastern states, no more than five percent of current West Coast business would go there.

For good reason. Importing through Southern California ports is faster. A U.S. Department of Transportation report determined that Asian goods destined for Dallas would arrive four days earlier going through our ports than any on the Gulf of Mexico. Four days amounts to a lot of lost time for the just-in-time economy.

Oh, and all that economic disarray that the labor dispute was supposed to impose on our lives? “We’re talking about tenths of a percent – very small stuff,” the L.A. Times quoted a Univeristy of California, Los Angeles economist who specializes in the California economy.

It makes me wonder whether these dramatically different narratives are intentional or accidental or a failure of awareness or blind bias or simply weak reporting. Whoever is writing them, they are making a story favorable to people with money and power, not the folks doing the work. So I’ve learned to see the question marks in my mind as red flags. We know who’s usually on the short end of this media stick, even though it may take a while to figure out why.

Related Topics:Op-Edopinion editorialPorts of Los Angeles & Long Beach
Up Next