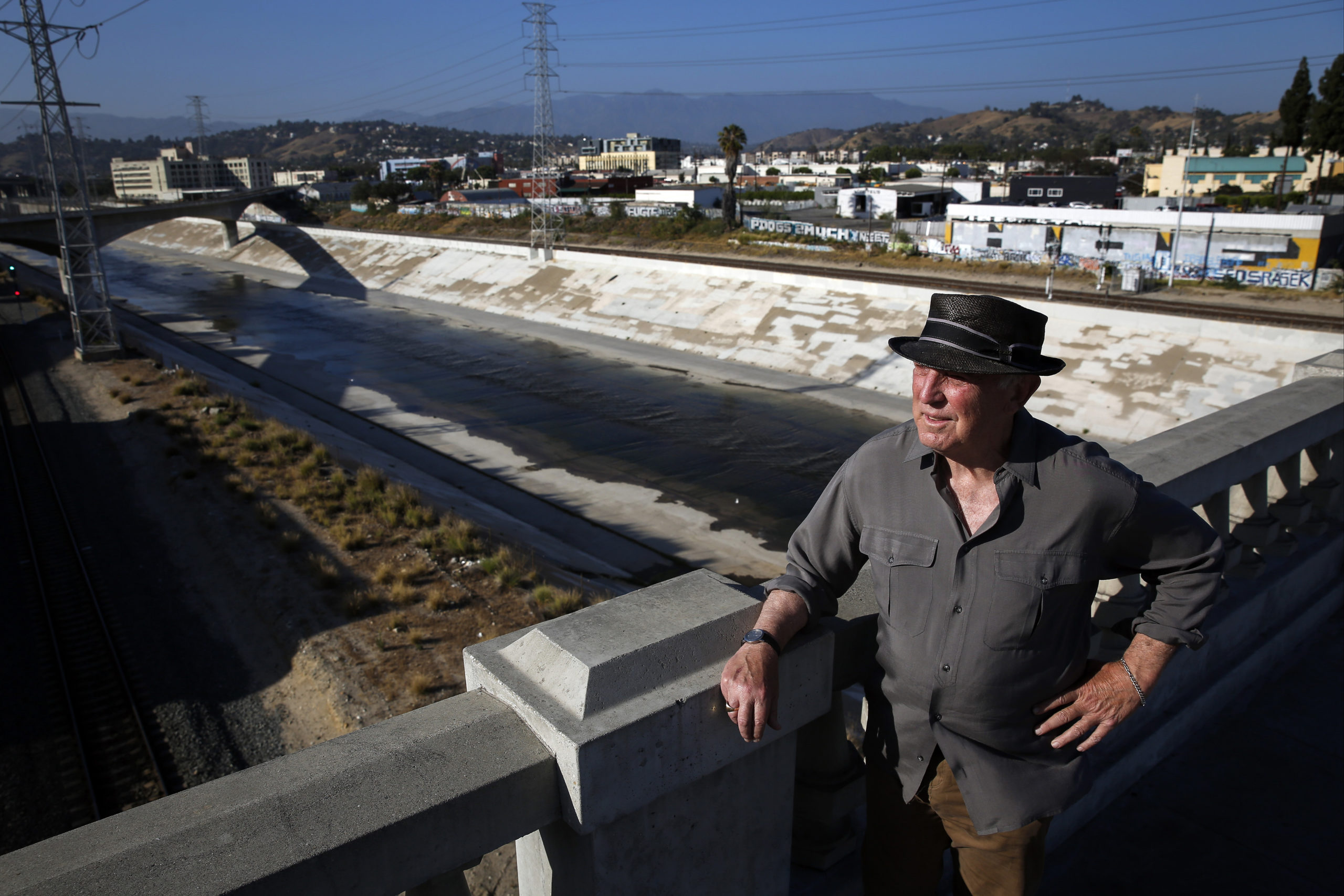 “Hurry,” Lewis MacAdams said to me over the phone one spring morning 15 years ago. “They’ve got the jackhammers out – they’re breaking up the first concrete in the L.A. River today! You really ought to go up there.”

I was sitting at my desk at the LA Weekly, likely out of ideas and casting about for some. I called the number he gave me and got directions to the site from landscape architect Lynne Dwyer, then of the environmental nonprofit North East Trees. She confirmed that she was overseeing a crew taking concrete out of a waterway – that much was true. Only when I got there in the afternoon did I learn that it wasn’t the Los Angeles River being freed of its concrete tomb, but a tiny portion of the Arroyo Seco near the Devil’s Gate Dam, where a random slab of cement had lodged itself decades before.

I stayed and watched anyway, gained some knowledge in native plants and invasive species and why waterways choose this path and not another. And I wrote the story, including in it a nugget about how I told Dwyer that I suspected Lewis had tricked me into the reporting trip. “Yes, well,” she said. “Lewis is like that.” Lewis always had a gift for working the media to the advantage of L.A.’s natural habitats; to him, there was no better cause.

He saw our collective catastrophes in the same terms that he saw the natural world fighting to restore its own balance.

As it happened, that place he sent me to was just above the confluence of the Arroyo and the river where he and two friends in the mid-1980s learned that Los Angeles had once been streaked with riparian splendor. “It was very easy to imagine it,” he told Bettina Boxall in 1989, “[as] at one time one of the most beautiful spots along the river.”

Lewis MacAdams, poet, author, environmentalist, died on Tuesday at the age of 75, having spent much of the last 30-odd years schooling Angelenos in their natural hydromorphology – the rivers, creeks and washes that carved this landscape. He co-founded Friends of the Los Angeles River in 1986, when, according to Los Angeles Times columnist Patt Morrison, the river was “a 50-mile-long paved toilet of a drainage ditch,” and “leveraged the river back into our imaginations.” But he knew that it wasn’t just the big boom-and-bust river that city planners and the U.S. Army Corps of Engineers conspired to drive underground or contain in trapezoidal channels, never again to threaten a city built mostly for the dry times. There was water everywhere – we just couldn’t see it.

I think now that when Lewis said they were smashing concrete in the Los Angeles River that day, he really meant it, because to him, the small rivulets — the Arroyo, Compton Creek, the Tujunga Wash – were all of a piece, all tributaries to the ephemerally mighty river to which he devoted much of his adult life. He found in those waterways a metaphor for human history; he saw our collective catastrophes in the same terms that he saw the natural world fighting to restore its own balance. After 9/11, in the chapbook “A Poem for the Dawn of the Terror Years,” he wrote:

I study the arundo donax and the willow — those
ancient enemies, invader and invaded —
as they battle in the light’s fading,

and try to counter
the violence with my silence.

(If you never got to hear him read, you missed out. But you can still listen on Spotify.)

He was no longer writing poetry when the coronavirus came for us, but it’s possible he would have found a way to link the pandemic to L.A.’s tortured watershed, too. Or maybe he did, and we will never know how.

The last time I saw Lewis, I stood next to him at a mutual friend’s party, watching through a glass door as Syd Straw astonished the small gathering with songs that shook us to our cores. It was 2010, just a week or so after then-U.S. Environmental Protection Agency Administrator Lisa Jackson had come to Compton Creek to declare the L.A. River a “traditional navigable river,” and therefore protected, along with all its feeder streams, by the Clean Water Act. It was a big deal for the river, an inflection point in its history, and I congratulated him: Whoever else had worked to secure the river’s future, it had all begun with him.

He accepted the compliment graciously and smiled. I saw the face of a man who had seen one small part of his ambitious dream realized, and maybe could rest a little easier. And I remembered his promise the day he sent me out to the Arroyo. “You just wait,” he said. “There’ll be steelhead trout up there in no time.”

A Tale of Two Pandemics: The Rich Are Getting Richer