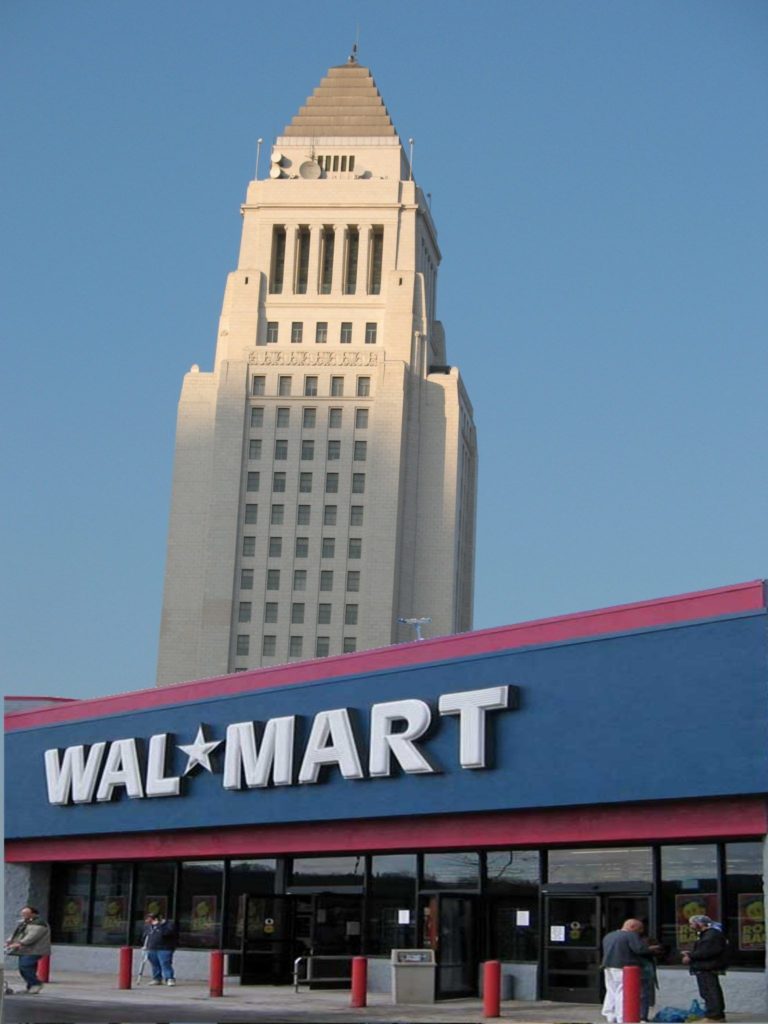 The suit alleges that the L.A. City Department of Building and Safety failed to notify the public of its decision to issue a Notice of Exemption (NOE), which allows Walmart to move forward on its Chinatown project without environmental review. The lawsuit also asks a judge to stop construction at the store.

The plaintiffs in the lawsuit are asking a judge to find the exemption invalid and require that a new one be issued. Because the building permits are being appealed – an initial hearing is expected in August – the lawsuit argues that the exemption should not have been issued until the appeal process was exhausted.

The notice to the public of the exemption is intended to prevent the appearance of backroom deals. Failure by the City to provide this notice – even after the deadline had passed – has raised questions about the level of transparency within City Hall and heightened concerns about whether Walmart is receiving special treatment. The Department of Building and Safety first provoked criticism by issuing building permits to the Arkansas-based corporation less than 24 hours before unanimous City Council approval of an emergency ordinance limiting chain store development in Chinatown.