LAUSD’s decision to grant itself a year’s recess from the 2010 trigger law’s provisions came to light only last week when its author, former state Senator Gloria Romero, leaked a letter from an LAUSD lawyer claiming that, as part of a two-year waiver it received in 2013 from the federal Department of Education, the district is not subject to the Parent Trigger law through the 2014-2015 school year. The law allows parents to take over low-performing public schools and replace faculty with non-unionized teachers under the management of private charters.

That waiver, which was granted last November but only announced August 5 by U.S. Secretary of Education Arne Duncan, frees LAUSD and seven other state school districts from penalties connected to not meeting a 2014 deadline for 100 percent math and reading proficiency mandated by the George W. Bush-era No Child Left Behind (NCLB) law.

But LAUSD has apparently taken the waiver a step further by also applying it to Parent Trigger. Romero, who as head of the California chapter of Democrats for Education Reform (DFER) last year defied her own national leadership to lend her support to the NCLB waiver, told Capital & Main that she considers LAUSD’s decision to not recognize any trigger petitions for school changes this year a “betrayal.” 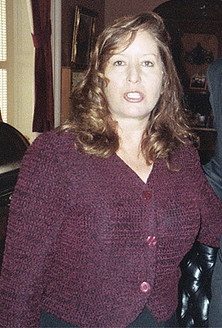 “At the very least, they should have notified me,” she complained. “Because I would never have supported the fine print where they make this argument.”

The split between Romero and DFER’s national office on the waiver and other issues eventually led Romero to tender her resignation last year and found her own education advocacy organization, the California Center for Parent Empowerment.

What particularly angered her about LAUSD’s trigger decision, Romero said, was her recent discovery of secret, eight-month-old correspondence between LAUSD and Ben Austin of Parent Revolution discussing both the waiver’s application to the trigger law and LAUSD’s intention to “not go public with this position.”

Parent Revolution, which had lobbied for Parent Trigger’s passage and has since used the law to take over three low-performing state schools, is a pro-charter school nonprofit funded primarily by the Bill & Melinda Gates Foundation, the Wasserman Foundation, the Eli and Edyth Broad Foundation, the Hewlett Foundation and the Walton Family Foundation.

“I am just stunned that an organization claiming to empower parents agreed to remain silent with L.A. Unified and not tell the public,” Romero said. “I mean, they found out eight months ago. Where’s the revolution in that? How is that empowering? That’s just crazy.”

Romero says she immediately challenged LAUSD in writing and subsequently turned over the district’s response to the Los Angeles Times.

“I am glad that they are taking this position,” said UTLA Elementary Vice President Juan Ramirez, “because it kind of points out that the problems can be fixed if we work together with the community and the schools. And that’s something we’ve always been in favor of — trying to work out our problems within the structures that we already have in place.”

Parent Revolution (which didn’t respond to requests for comment) has gone on record saying that it “flatly disagreed” that L.A. Unified was not subject to the parent trigger law this year.

Coming on the heels of Michelle Rhee’s resignation from StudentsFirst, her pro-charter lobbying organization, and in the midst of the ongoing nationwide rebellion against adoption of Common Core standards, the LAUSD fracas becomes the latest indication that the education-privatization movement may be faltering.