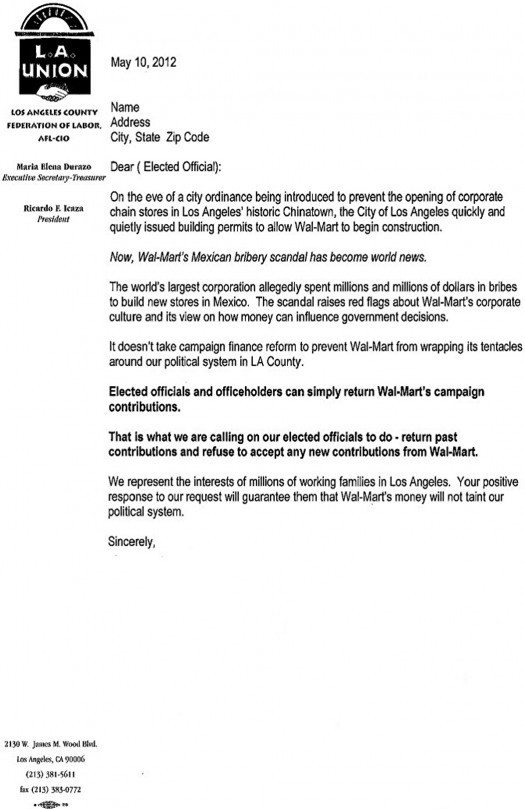 This week the Los Angeles County Federation of Labor sent letters to every elected official in L.A. County (including Congress members), urging them to return all campaign contributions they may have received from Walmart – and to refuse future donations from the retail giant. The letter, which is signed by a broad spectrum of union leaders, juxtaposes Walmart’s alleged bribery scheme in Mexico with L.A. City Hall’s quick approval of the corporation’s permits for a new store in Chinatown. (The letter’s text appears below.)

“It doesn’t take campaign finance reform,” the signatories say, “to prevent Walmart from wrapping its tentacles around our political system in L.A. County.”