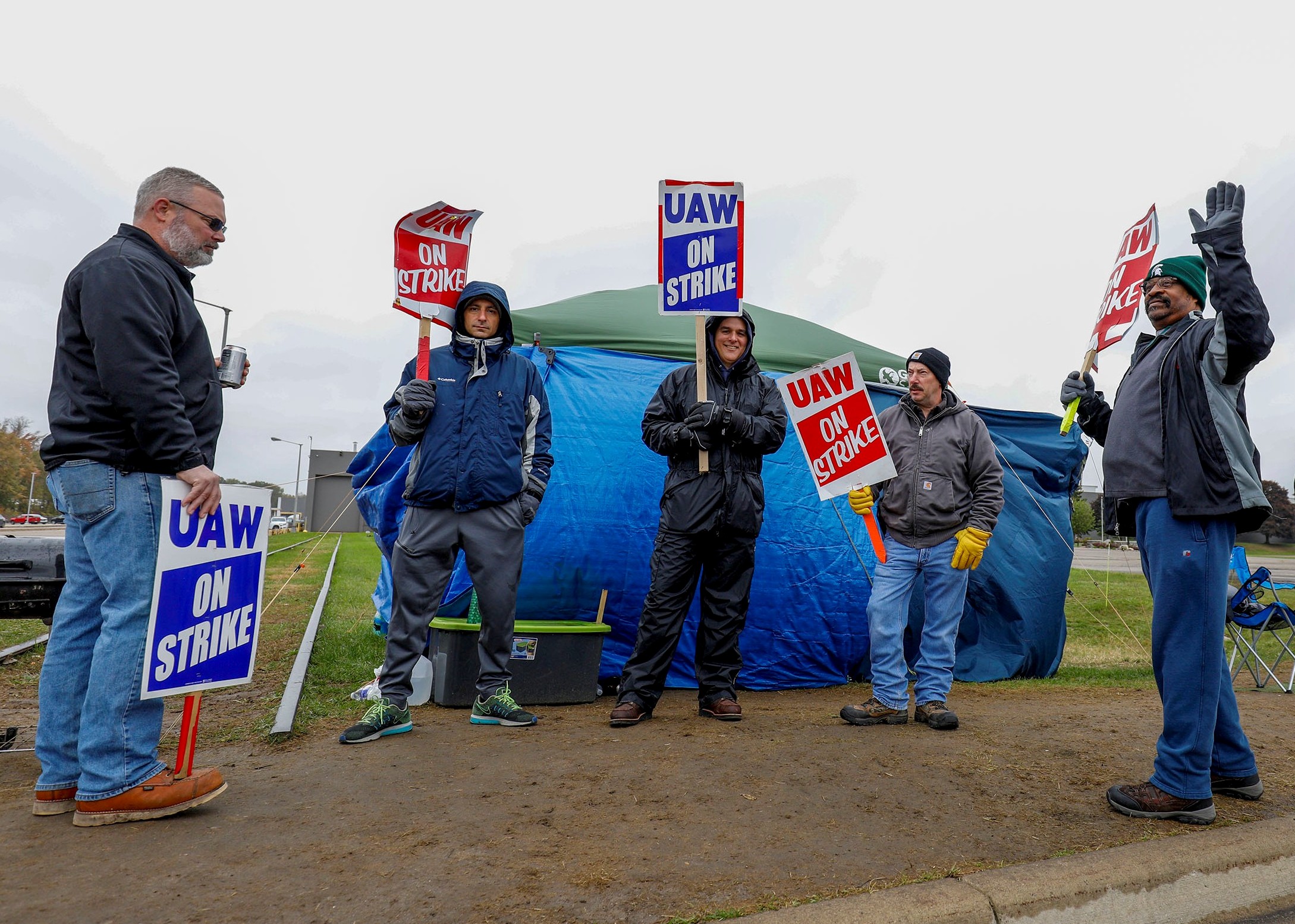 The good news for those celebrating Labor Day this year is that unions are still legal. Other than that, the American labor movement continues to absorb the damage brought on by a string of rulings from the Supreme Court and a hostile National Labor Relations Board, along with endless lawsuits, courtesy of a well-funded right to work “movement.” Call the situation Taft-Hartley by a thousand cuts. Not surprisingly, most unions are supporting the Democratic presidential candidate with an unprecedented urgency. Not only was Joe Biden’s acceptance speech the first in decades to even mention the word “union” in any positive sense, but Biden also spoke tantalizingly of an America reinvigorated by “newly empowered unions.”

That had sounded like a real possibility more than a decade ago, when then-Vice President Biden led the effort to pass the Employee Free Choice Act (EFCA) that would have allowed workers at a company to unionize simply by signing cards that expressed a desire by the majority to form a union and bargain with management for a contract. EFCA fizzled in the Senate but has since been superseded by the Protecting the Right to Organize Act (PRO Act), which shares with EFCA a desire for “card check” organizing protections and was passed by the Democrat-held House this year. Labor leaders, including the AFL-CIO’s executive vice president, Tefere Gebre, are pushing hard for the PRO Act’s ultimate passage by the Senate and, presumably, a President Biden signature. 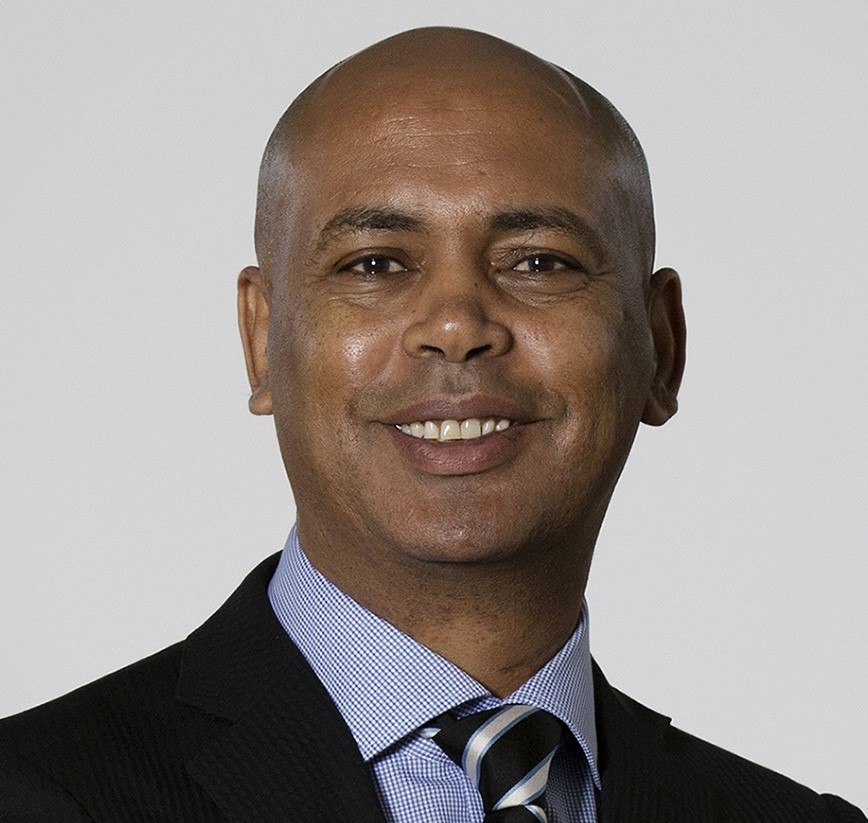 We spoke to Gebre to find out the state of the unions on Labor Day and where he sees them in this momentous election year. As a teenager Gebre, who speaks in a rapid-fire staccato, fled his native Ethiopia to come to America after walking 93 days through a Sudanese desert. He arrived in Los Angeles and quickly became acquainted with his new country’s racial dynamics – he says that while commuting to Cal Poly Pomona from L.A. he was pulled over by police no fewer than 22 times. Before taking on his current position, Gebre led California’s Orange County Labor Federation. The interview was edited for length and clarity.

Capital & Main: Where do you see the labor movement at this rather historic moment?

“In order to get a Green New Deal and so many other things, we have to have senators who are willing and gutsy enough to actually reform the Senate.”

Given what we know about congressional gridlock, what do you think organized labor’s practical wish list should be if Joe Biden becomes president?

The 2020 platform of the Democratic Party is the most pro-labor it has ever been. But the onus is on us [to make sure that] once we get him elected, we don’t get bought off by coffee at the White House. Bought off by Air Force One rides. That we ask for concrete change in the rules that apply to workers. It’s not platitudes that we’re looking for. We’re asking for changing the laws and leveling the balance of power in this country that’s so tilted towards corporations and the billionaire class.

If you mean card-checking union elections, that didn’t get very far in 2009 under the Democrats.

We can get the PRO Act through the House. We need a Senate that also would pass it. That means amending the rules of the filibuster. Democracy functions with 50 plus one, but if a senator just files for filibuster everything is killed. Everything dies. A senator should not have the same ability to block legislation when they have less than a million people in their state, as a senator from California, right? In order to pass the PRO Act, in order to get a Green New Deal and so many other things, we have to have senators who are willing and gutsy enough to actually reform the Senate. The Republicans appoint Supreme Court justices with 51 votes. If that’s good enough for them, 51 votes should be enough for passing the PRO Act.

Do you see any problems, though, with trade policies in a Biden administration?

We’re not against trade. The labor movement should embrace trade. We live in a global economy. The measure of [whether] a Biden administration is any different from the Clinton administration, from the Obama administration, is in how many Wall Street people will be in the White House. That is the real key. Who would be his trade ambassador? Ambassadors for trade and for trade negotiations, in previous administrations, Republican and Democrat, they all came from Goldman Sachs, Wall Street. Workers just want to be at the table, negotiating.

“We have unions right now that would crumble if it was not for immigrant workers. Immigration reform, criminal justice reform have to be on the tip of the spear of the labor movement.”

What is the biggest bone in labor’s throat right now? Is it the Supreme Court’s Janus ruling? The court’s decisions leading up to Janus? The National Labor Relations Board?

I wouldn’t say it’s Janus – we have lost less than a half percent of membership because of Janus. I would say it’s how rules are set up, [it’s about] money and politics, what the NLRB does. Employers are allowed to break the rules without any kind of penalty on them. If we don’t fix our democracy entirely, taking money out of politics, one man one vote, those kinds of things, we’re still going to find ourselves in trouble. At the end of the day, it’s about power.

Foreign-born workers were so vital to the labor movement in the 1930s – can immigrants flip the script again for union growth?

They are. We have unions right now that would crumble if it was not for immigrant workers. That’s why the issue of immigration reform, the issue of criminal justice reform, the issue of social justice in this country has to be on the tip of the spear of the labor movement in everything we do. Because if we don’t take care of that, we are actually dying out.

In news stories from swing states, working people always seem to be complaining about Trump, but then at the end of their interviews, they say they’re still going to vote for him in November. Why?

“As a labor leader, I would never say any worker does not deserve a union, including police. And you’re talking to someone who has had a cop put a gun in my mouth. That said, bargaining agreements
should not be shields for killers.”

Do you worry that attacks against police unions may have unintended consequences – that they could be used to attack unions in general?

That’s something that we have to deal with. On the one hand, as a labor leader, I would never say any worker does not deserve a union, including police. And you’re talking to someone who has had a cop put a gun in my mouth.

That said, bargaining agreements should not be shields for killers. About 13 of our international unions, one way or another, represent law enforcement officers. We are engaging with those unions in a very, very deep conversation about how we bring change to them, how we become a catalyst for that change to happen.

[AFL-CIO] President [Richard] Trumka just created a racial justice task force, which I’m privileged to serve on. We have police officers themselves sitting on that task force. [Our] job is to get to the bottom of racial inequality in this country. That task force has been very vocal, saying that its job is not only about the police – the police are there to police what society created. The median wealth of a white American household is about $134,000. The average wealth of an African American is $11,000. Until you fix that, it doesn’t matter how many precincts of police departments you have fixed — you will never get to the bottom of it.

“When we are locking kids in cages and we are making immigrants ‘others,’ we become an ordinary country instead of the hope of the best and the brightest in the world.”

Every four years there seems to be talk that labor should not ally itself with any one party, because by doing so it gives up leverage with the Democrats. Does forming a Labor Party make sense to you?

We already have a Labor Party. I long for the day [when] we would have two parties that compete for our attention. Unfortunately, the Republican Party has no interest in even addressing workers’ issues. That leaves us with no other option than to naturally do what we do with the Democratic Party.

The problem is that it’s Corporate Party A and Corporate Party B. Even if we put about 98 percent of our resources into the Democratic Party, at the end of the day we end up being less than 30 percent of the resources they need to structurally win an election or be competitive in an election. The other 70 percent comes from the same resource that Republicans get their money — corporations.

Part of our goal has to be, in addition to advocating for one man one vote, we have to find a way to amend or get rid of Citizens United, to take money out of politics.

Regardless of who wins November 3, what will be labor’s number one goal on November 4?

I think you already know I’m an immigrant. I came to this country risking my life because I believed in that shiny house on the hill in that place of liberty, that if you apply yourself, you can make yourself whatever you want to be if you are an American. Most of that works for me. But I’m worried. I don’t know if we still have that country anymore. When we are locking kids in cages and we are making immigrants “others,” we become an ordinary country instead of the hope and aspiration of the best and the brightest in the world.

When I hear the national anthem — the land of the free and the home of the brave — I don’t see soldiers. I don’t see fighter jets flying or anything. I see the brave immigrants, the brave people around the world who want to apply themselves, wanting to be free by coming to this country.

If we close that door, we’re not an exceptional nation anymore. That worries the hell out of me. Empires fall, and that could be the vehicle that makes this empire fall.