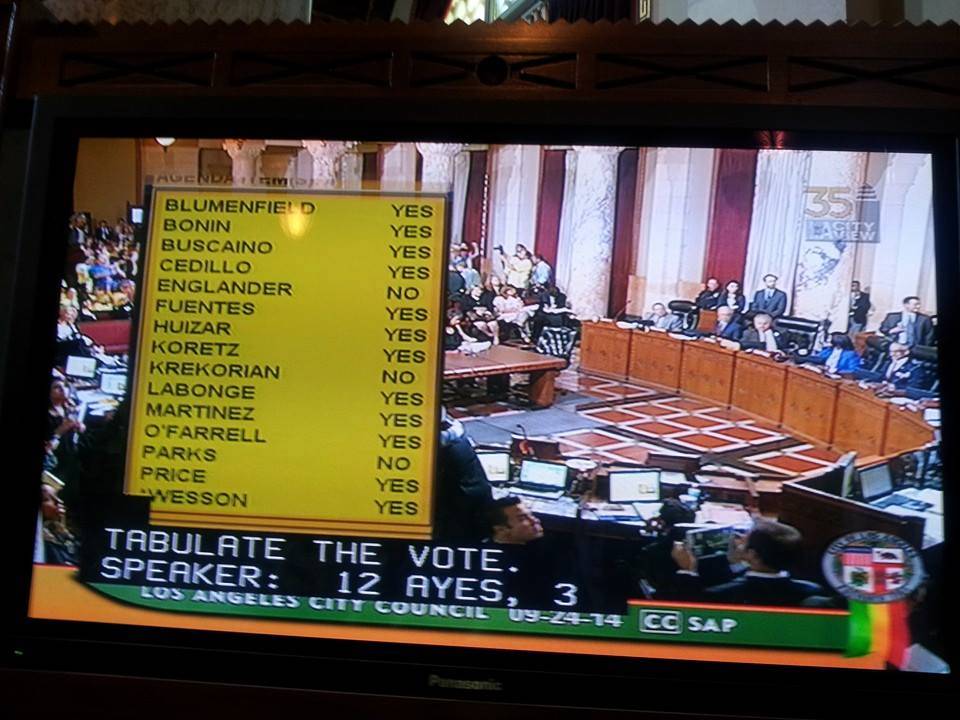 The Los Angeles City Council today voted to raise the minimum wage for workers employed by the city’s largest hotels. According to City News Service:

The council voted 12-3 to approve the minimum wage, with council members Bernard Parks, Mitchell Englander and Paul Krekorian dissenting. Because the decision was not unanimous, the issue will come back for a final vote Oct. 1. If approved, hotels with 300 or more rooms would need to start paying the $15.37 minimum wage by July 1 and those with at least 150 rooms would have to comply by July 1, 2016.

Capital & Main will post a detailed story of the historic vote later today.

Related Topics:Raise LA
Up Next