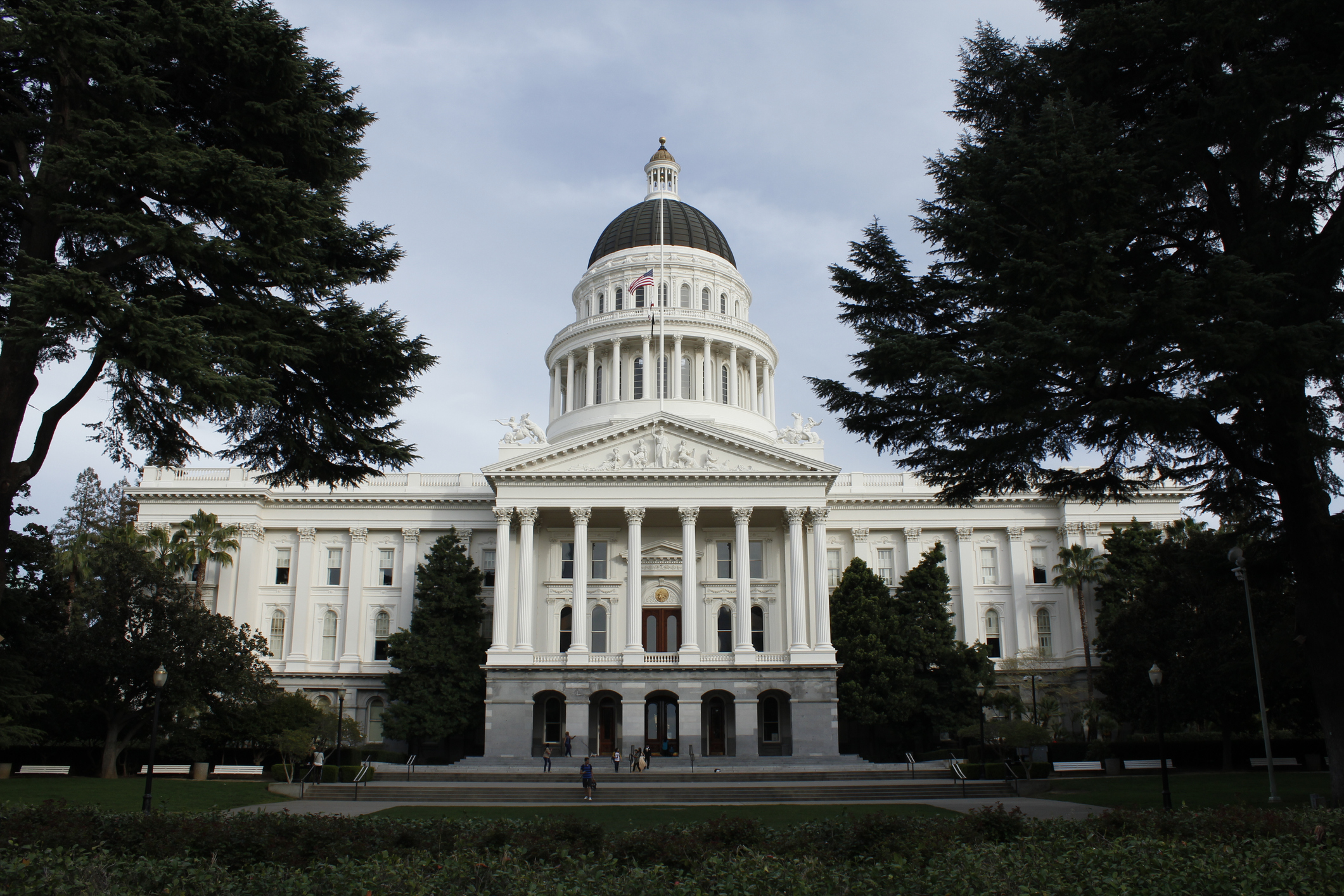 The California State Capitol building in Sacramento. Photo: Steve Zmina / Getty.
Update: SB 1279 and SB 905, a bill to regulate engineered carbon removal and capture, passed together and are heading to the governor. AB 1757, a bill to naturally sequester carbon by preserving landscapes, also passed. AB 2133 failed in the legislature.

Supporters of AB 2133 say its tougher emissions standard is achievable if industries rapidly shift to using clean hydrogen energy for industry, and companies build out renewable energy such as solar, wind, and battery storage by taking advantage of tax credits under the federal Inflation Reduction Act.

Sources say support from legislative leadership will be important for it to pass, and that Senate President Pro Tempore Toni Atkins (D-San Diego) is backing the bill.

The other key measure, AB 1279, mandates that the state achieve “carbon neutrality” by 2045 — meaning it emits as much carbon dioxide as it sequesters, balancing out to zero emissions — while requiring the state to identify reduction targets using carbon removal and capture. It also requires the state to cut emissions to 85% lower than 1990 levels by 2045.

But both are running into steep opposition by a political alliance of trade unions, the oil industry, and business groups, who have asserted that even meeting the current 40% cut by 2030 is unlikely.

“Speeding up this process without having sufficient clean base-load power online will only exacerbate the weaknesses of our existing power grid, risking a Texas-sized disaster and, potentially, the lives of countless vulnerable Californians,” they wrote.

Together, these five Senators have taken a combined $2,843,291 in direct contributions from trade unions, and none took less than $271,000. Additionally, they’ve taken a total of $362,446 from the oil and gas industry.

Capital & Main reached out to the lawmakers’ offices, but none agreed to speak on the record. One staffer described his legislator as “playing it close” on his climate votes, not even disclosing his position to his staff.

Capital & Main covered similar dynamics in the state Assembly yesterday over another bill to create health buffer zones, or setbacks, between homes, schools and health centers and new oil and gas wells. Having passed in the Assembly, it is up for a vote in the Senate this morning.

Although California contributes about 1% of global warming emissions, it is often followed by other states and nations as a model for climate policy.

The International Energy Agency has said countries must stop burning fossil fuels to hold global warming to an average of 1.5 degree Celsius compared to pre-industrial levels. That’s the threshold beyond which the likelihood of catastrophic heat waves, droughts, floods, extinction events and other disasters rises significantly.