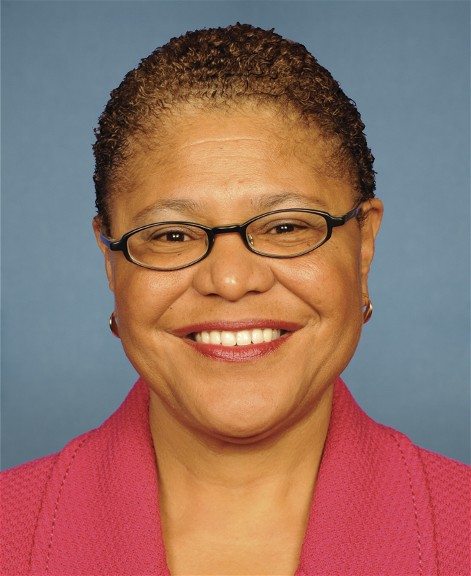 We all know that there’s a massive jobs crisis in our country, but there’s a real debate about how to address it. In Washington, many supposedly serious people suggest that we can create jobs through cutting taxes for corporations, dismantling what’s left of the safety net and rolling back regulations to 2008 standards — not exactly a banner year for job growth. With the Tea Party firmly in control of the House and with elections right around the corner, the mantra for many lawmakers has become “let the market do its magic.” The question for this segment of the Beltway crowd isn’t what government should do, but whether government should do anything at all.

Here in the real world, things are a little bit different. The Occupy movement, which locally has a tent encampment at L.A. City Hall, is a sign of the times. In neighborhoods around the country, and particularly in low-income communities of color like South L.A., cutting taxes for corporations and the wealthy is not considered a serious proposal to put people back to work. Meanwhile, for long-time South L.A. residents like SCOPE leader Latrece Jackson, the situation has gone from bad to desperate.

“There are no jobs. Everybody on the block is unemployed,” said Jackson. “At the same time, electricity bills, bus fare and prices keep going up.”

Unemployment in South L.A. has more than doubled in recent years; now one out of every three adults is out of work or looking for additional work to make ends meet. It’s clear that something has to change.

According to Congresswoman Karen Bass (D-Los Angeles), the urgency is palpable. “We are in the fight of our lives,” she said at a community jobs forum and worker panel recently convened by SCOPE. “Coming back home to South L.A. gives me the oxygen I need to work in Washington.”

Gloria Walton, Executive Director of SCOPE, noted that Rep. Bass has gone “from the streets to Congress,” so she’s acutely aware that the current debate in D.C. is far removed from the reality on the ground.

Rep. Bass was clear about what’s needed to fix things. “Our nation is struggling for jobs and you guys are struggling. But you also have the solution.”

Indeed, the worker panel was punctuated by the dynamic efforts to win good jobs for South L.A. residents through improving working conditions at Wal-Mart, organizing unions for carwash workers and developing innovative jobs training programs. For SCOPE, the forum was an opportunity to realize the jobs of the future by advocating for sustainable funding for our signature policy victory, the city’s Green Retrofit program, and spreading the word about the RePower L.A. campaign to create good, career-path jobs at the L.A. Department of Water and Power – while lowering the energy bills Latrece Jackson talked about.

The meeting inspired our members and allies not to wait for those in Washington, but to have our own neighbor-to-neighbor dialogue. Our goal is to knock on doors and help build a base of 50,000 voters in greater South L.A. who support real solutions to the jobs and budget crisis, including making corporations pay their fair share in state taxes.

So, while Washington continues to debate, it’s up to those of us on the ground to harness the energy of the moment. Nothing will happen in Washington unless we continue to organize. That’s why we’re helping lead the way by taking the discussion door-to-door this fall. I invite you to do the same.

L.A.’s Business Tax: That Voodoo That You Do

Diapers, Dollars and Identity: Confessions of a New Father