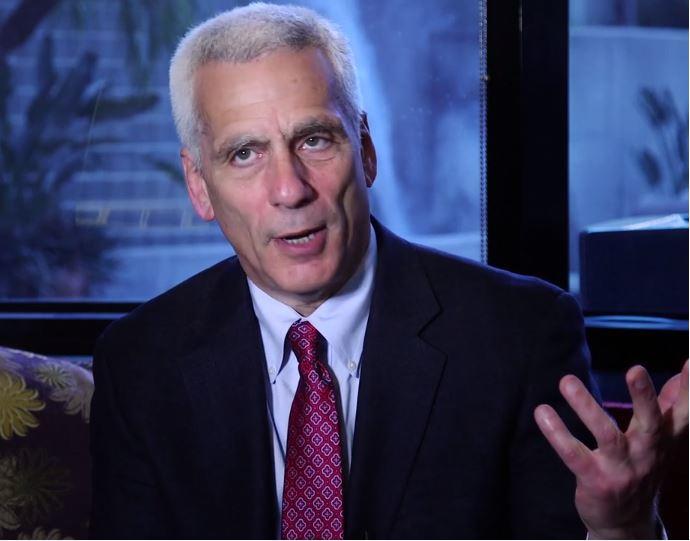 This is the second part of Capital & Main’s recent conversation with Jared Bernstein, who served as chief economist to former Vice President Joe Biden and is currently a senior fellow at the Center on Budget and Policy Priorities. (See Part One here.)

Capital & Main: If Jared Bernstein could switch places with Steve Mnuchin and present his three-point tax plan to Donald Trump, what would it look like?

Bernstein: I was thinking maybe I should try to switch places with Jared Kushner, because then they might not notice, because you know, we are both Jareds.

I would first close a bunch of regressive loopholes that lead our Treasury to collect hundreds of billions less than they should for no economic reason. We tax capital gains at a very favorable rate compared to other incomes — that doesn’t make a lot of sense. We allow multinational corporations to defer their foreign earnings as long as they want to. That really doesn’t make sense because they don’t really keep them abroad, but they book them abroad and find all kinds of ways to avoid taxation there. There’s a problem called a “stepped-up basis” in the tax code, where we basically let the heirs of zillionaires write off the taxes of their inheritances.

They talk about a Trump bump in the stock market. I think it’s over now.”

Secondly I would add a very small financial transaction tax, one- or two-hundredths of a percent. That would raise a couple of hundred billion over these 10-year budget windows, and it would also dampen some of that noisy, high-frequency trading that really doesn’t contribute anything in terms of efficient capital allocation. That’s a tax whose time has come.

Trump has claimed credit for the generally strong job and economic-growth numbers since he took office. Is this legitimate or are we still largely seeing the effects of Obama-era policies?

Bernstein: No, of course that’s not legitimate. Trump really hasn’t legislated anything. A lot of the stuff he has proposed would be terrible for the economy — cutting the heck out of health care for people, regressive tax cuts, deregulating markets. Remember what got us into this mess in the first place? The Great Recession was a function of the housing bubble inflated by reckless, under-regulated finance leading to underpriced risk. The whole legislative theme of the Trump administration comes under this rubric of really underpricing the kinds of risks that are out there, whether it’s environmental or in financial markets.

The best thing Trump could do for the economy is not screw it up. In some ways the incompetence of the Trump administration and dysfunctionality of the Republican Congress have been an asset in that regard.

So has Trump and his administration done anything concrete in terms of economic policy and regulations that has had any measurable impact, good or bad, on the economy?

Bernstein: They talk about a Trump bump in the stock market. I think it’s over now, but I think that occurred. I think market investors anticipated that Trump would cut their taxes and deregulate and maybe spend a bunch of money on infrastructure. Once it became clear that none of that was going to happen, that bump faded, but that was there and so that probably helped increase the wealth for folks in the stock market.

There are acts of commission, but there are acts of omission. When Obama was leaving the scene, his administration finally acted on something really important, which was to increase the salary threshold under which people must be paid overtime. It was going to raise the overtime pay of maybe four million workers. These tend to be middle-class people. I think by not pursuing that, by really slow walking it, and probably ultimately really diluting it if not completely ignoring it, there’s a good example of an act of omission by the Trump administration that’s really hurt workers.

Let’s say Trump gets his act together, they start implementing the economic policies that you were describing before in fairly catastrophic terms, and we start seeing some negative impacts — unemployment starts to rise, inflation goes up. Would Trump’s hardcore supporters abandon him?

Bernstein: This is more political-sciencey than I typically like to wade into, but I will say that he appears to have a base of support that [doesn’t] care what he does, they just like him. So I will just stipulate that those folks may be unmoved. But there was probably a determinate group of voters that didn’t like Hillary Clinton as a candidate, probably didn’t think all that much of Trump, but said, “What the heck, he says he’s for workers, I haven’t seen much in the way of growth in a bunch of years, our community has been left behind, gotten our butts kicked in foreign trade — all that stuff that Trump was talking about kind of resonates with me. I’m going to throw the dice and give him a chance.” If it turns out as I’m predicting that not only is he not helping those workers, that he’s actively hurting them with some of his policies, then I would imagine they would turn on him.

Bernie Sanders just unveiled his single-payer health-care proposal. What do you think should form the core of the economic agenda for Democrats as they look to regain their footing?

Bernstein: There should be a child allowance, an income benefit for families with kids. It’s a very effective practice in Canada and many European countries. I’m sure some readers might smack their heads and say, “Ah-ha, socialism.” But in fact, helping families invest in children is critical to our economic future. The extent to which other advanced economies invest in kids’ early years through quality preschool, for example, is way beyond ours, and we leave tremendous resources on the table by not doing that.

I would significantly extend the earned income tax credit higher into the scale. The $15-an-hour minimum wage is a great policy. I would have a guaranteed jobs policy. I don’t really like this idea of guaranteeing basic income, but I like the idea of guaranteeing employment for people who want to be gainfully employed but can’t find a job. You hear a lot of conservatives talking about how they want to put work requirements in anti-poverty measures. What you never hear them talk about is the demand side of the economy. People will just get jobs because they want them. Well, as we know, even at low unemployment there are places in this country where there is a significant lack of employment opportunity.

The Payoffs of Corporate Social Responsibility