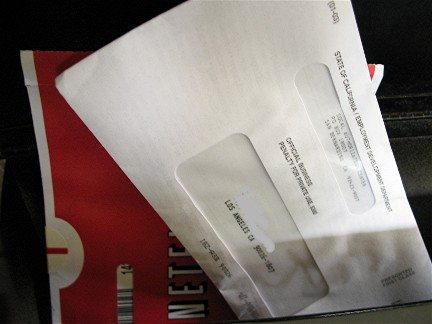 It’s been a while since the postman rang twice, but he won’t even be ringing once on Saturdays, if new proposals to downsize the U.S. Postal Service go into effect. Like so many of the economic wars being waged today, the attack against the post office doesn’t make financial sense. The USPS is immensely profitable and it is not a department of the federal government, nor are its operations paid for with tax money. It also remains one of the most efficient and popular services — putting a movie DVD in your mailbox may have been Netflix’s neat idea, but that company isn’t the outfit whose employees deliver those movies to your home.

And yet closing down the post office and parceling out its services (or at least, the profitable ones) to private companies occupies a special place in the ether dreams of anti-government radicals and free-market privateers.

“We’re off-budget,” Larry Brown recently told the Frying Pan, explaining where the USPS receives funding. Brown is president of the L.A. local of the letter carriers union, one of four bargaining units that cover different divisions of the postal service. “The post office has made a profit of more than $600 million in each of the past four fiscal years. All our revenue is from postal products and services. Not one dime in tax dollars has been spent on the service in the past 30 years.”

The frustration of both USPS management and its union members can be traced to a law passed by a conservative Congress in 2006. The Postal Accountability and Enhancement Act mandated that the postal service had to prefund its employee retirement fund for the next 75 years. That has meant the USPS has had to annually set aside $5.5 billion for the distant retirements of its workers – effectively swallowing its profits.

Another shoe dropped this year, however — the Postal Reform Act of 2011. Introduced by California Congressman Darrell Issa (R-Vista), it would kill Saturday delivery – although even its cheerleaders, including the Washington Post, admit that this will save only $3 billion over four years.

As MSNBC commentator Ed Schultz pointed out, Issa likes to scare people with talk about the post office needing a “bailout” – even though without its staggering retirement-fund obligation, the USPS would probably be just slightly less solvent than Fort Knox. Nevertheless, Issa’s and other schemes would cut 120,000 jobs and close more than 3,600 post offices. More insidiously, entire rural communities will find themselves without inexpensive mail-delivery services – and not just individuals and business, but voters who rely on mail-in ballots to exercise the franchise.

Larry Brown does not think Issa’s bill will be the end-all for the post office, but sounds wary of the compromises on the table.

“The Obama administration is to [propose] a two-year fix that won’t really fix it,” Brown said of the president’s position. “He’s endorsing a five-day delivery.”

Brown’s and other postal unions are fighting back with a campaign called Save America’s Postal Service, which aims to pressure the Joint Select Committee on Deficit Reduction to keep both USPS jobs and Saturday delivery. The campaign supports H.R. 1351, which would mitigate some of the 109th Congress’ damage and reduce the amount of money the USPS must prefund its pension benefits.

Why has the post office become the latest chew toy of conservatives? No doubt some of it is reflexive loathing for people who work at well-paid union jobs. But some of it may also be disdain for public institutions that help the majority of Americans. This latter attitude was succinctly expressed by the National Review Online’s Josh Barro, who mocked small-town Americans dependent on the post office for their prescription drugs and newspapers.

“[N]obody is forcing anybody to live in a remote town in northern Maine,” sneered Barro. “If you want to live there, you should pay a market price to have things delivered to you . . . It’s not my responsibility to subsidize your postal service so you can live the rural lifestyle you enjoy at a below-market cost.”

The post office is the country’s second largest employer and is heavily unionized. Post office jobs have also traditionally provided working Americans with some of the most reliable steps toward middle-class security. Still, it must have occurred to even a ladder-kicker like Issa and other conservatives that cutting so many jobs – union or not – could be seen as an act of economic sabotage. But perhaps that’s what all this is about – a plan to wreck the economy and bring about some form of financial end times, where there may be plenty of chaos and misery – but at least no unions.