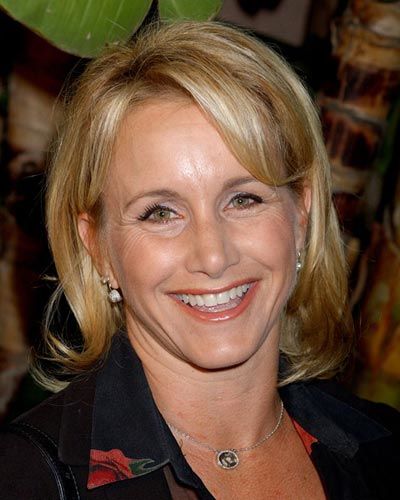 When we think about professional performers, we generally assume they’re living the glamorous life, all day, every day. But that’s not always the case.

Indeed, the life of an actor, broadcaster or recording artist can be glamorous. But it can also be incredibly difficult for working performers when it comes to the everyday things, like purchasing health care insurance, or taking a rest break during a 20-hour shoot… even something as basic as removing the elaborate body paint we see so often in music videos these days can be a serious challenge.

That’s why, for decades, performers have been coming together in unions to bargain for fair protections and decent working conditions. And this year, actors and performers took their collective voice to the next level by voting overwhelmingly to merge the two biggest entertainment and media industry unions – Screen Actors Guild (SAG) and the American Federation of Television and Radio Artists (AFTRA) — into one big union, SAG-AFTRA.

Actress Gabrielle Carteris, who starred as ‘Andrea Zuckerman’ on the original series Beverly Hills, 90210, has been actively involved with the merger for nearly two years, a process which she describes as “exciting, challenging, inspiring and historic.” Carteris, who currently serves as National Vice President, Los Angeles, was just sworn in as a vice president of the California Labor Federation at California Labor’s statewide convention in San Francisco.

This blogger (who also happens to be a longtime fan of Carteris and her work) was thrilled to have the chance to interview her about the new SAG-AFTRA, while also getting a chance to learn a little more about her remarkable life and her passion for protecting workers.

Labor’s Edge: What was the impetus for the SAG-AFTRA merger, and how are things changing under the new union?

Gabrielle Carteris: The idea for the merger really came from our members. Many of them work across multiple platforms in the industry, so they were members of both SAG and AFTRA. The reality was that the same performers were doing the same work, for mostly the same employers, under two different unions. But with a changing industry, i.e. the advent of digital, lines were blurred with regards to organizing work and negotiating the best wages and working conditions for members of both unions. We were paying dues for two unions doing the same work, and even though we negotiated together, we still appeared divided to our employers. Additionally, members were dividing earnings so many were unable to meet health insurance premiums or pension credits necessary for retirement. Now we are able to work toward combining the health and pension plans. Moving forward as a merged union, what members are going to see is greater strength in leverage regarding negotiations, which is paramount as we move forward in an ever evolving industry. As a merged union, SAG-AFTRA can negotiate stronger contracts because we have leverage of all performers under one banner rather than two. The members wanted one voice, they needed it, and now they have it.

L.E.: Why did you decide to get involved with the Labor Movement?

G.C.: When I first started in the business, in order to be a working actor, you pretty much had to be in the union. When you get that union card, it means you are a professional. It’s tough to get, and I remember how proud I felt when I first got my union card.

But to be honest, when I joined, I didn’t really know a lot about the union. All I knew was that it was what I had to do if I wanted to be considered a professional. A little over  7 years ago, I was working on a project and I had some questions about my contract – I didn’t understand why it was the way it was. So when I was invited to an AFTRA convention, I took the opportunity and started asking questions. When they explained it all — that was really an “Ah Ha” moment for me. I started listening even more, asking more questions, getting more involved. And I saw how it affected my work and others, and that made me become even more passionate about my involvement with the union.

L.E.: What role has the union played in your own work and life?

G.C.: In 2006 I suffered an injury while on set and through my union protections, I was able to receive the care I needed. That experience inspired me to become more involved with the union. I have been in the industry for so long, and the union has given me so much —  it was time for me to give back. And so I became more and more involved, from being on the boards of SAG and AFTRA, and ultimately running for president of AFTRA in LA. That’s when I really started working with union members on both sides [SAG and AFTRA] who wanted to see the merger. The members wanted to see it happen, so we started working towards that goal, and in less than two years, we merged our unions. It’s been an exciting, challenging, inspiring and historic process that I am proud to have been a part of.

L.E.: What role do you see the union playing in the ever-changing entertainment industry?

G.C.: I think a great example is the victory we just achieved with the music video contract. A few years ago, the process began as dancers were getting together and beginning to organize. As I mentioned, when we became one union, it increased our leverage, so we were able, through a detailed process, to demand that employers negotiate a fair contract or the performers would establish “no contract, no work,” and essentially strike.   We made that announcement as one union, and it really changed things. Prior to the merger, employers were able to play the two unions off of each other, but those days are gone. We represent so many different kinds of performers; this merger helps us to effectively protect them all as one strong union.

L.E.: What’s your fondest memory of your time with the union?

G.C.: Oh, there are so many. The first one that come to mind is going to that first dancers meeting when they started organizing — I remember seeing that unity, coming home and saying, “THIS is what  I want to do!”

Also, the day we merged SAG and AFTRA, was truly one of the most thrilling days for me. I sat in anticipation and hope that it would happen, and when we were told we won by incredible numbers, I cried. It was tremendous.

And I remember when I got my union card, I was so excited! Every time I sign a contract for a job, I am proud to know that I have the protection of my union while at work.  That protection and sense of dignity and safety is something all performers deserve.

Related Topics:SAG-AFTRA Merger
Up Next

The Fix: Restoring the Rights of Misclassified Workers