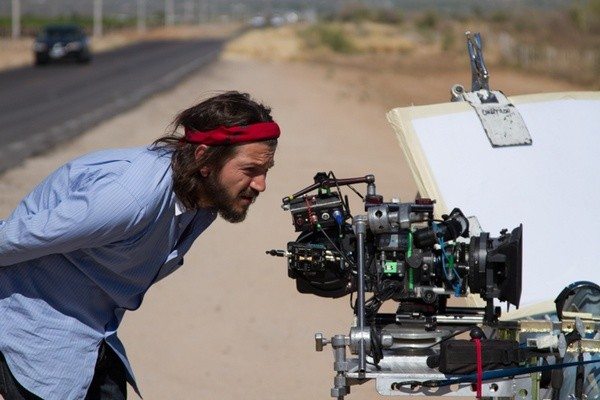 When Diego Luna was growing up in Mexico he’d sometimes hear references to Cesar Chavez and the union of farm workers he had organized in America. Luna, who would become one of his country’s leading film stars, remembers being struck as a 13-year-old by television images of Chavez’s funeral – the man was so modest, his coffin was an unpainted wooden box. A few years ago Luna began assembling a production company to film one critical chapter in Chavez’s life – the 10-year period in which he formed the United Farm Workers Organizing Committee and which culminated with the triumph of the consumer grape boycott. Cesar Chavez opens this week and Luna, while in Los Angeles to promote the film, spoke to Capital & Main about the movie, the man and the movement he created.

Capital & Main: Your film is a biography but is there something more behind it?

I think its message is of what we can do when we unite. When we unite we become stronger. Cesar Chavez had no wins in the beginning but he didn’t stop. That’s a lesson for life. It’s about pride and dignity. We have the tools to win those – the grape boycott went viral before that term existed! He always said this is not a union, this is a movement.

America doesn’t have many films about unions and most Americans know nothing about Cesar Chavez. Why did you want to tell his story?

To make sure his legacy is not forgotten – this is the story of a Mexican and the many Mexicans who work in America. We and the [Chavez] family talked about informing the people about Cesar but I told them the film can’t be a history lesson. I didn’t want to miss the opportunity to make a film that entertains. I have to tell a story that would keep people’s attention for an hour and 40 minutes.

What did you learn about Chavez while researching his life?

He was far from the picture of what you’d think a leader would be. He was a shy, humble man. He always reminded people that this was a movement of ordinary people doing extraordinary things. I didn’t know at the beginning what made him so strong. He was a strategist, a guy who planned everything. He was meticulous and he had patience. This was a community that lived in fear of deportation, of losing their jobs – and he had to fight against a history of past organizing failures.

How difficult was it portraying Chavez as a person instead of a legend who is often idolized as a saint?

To me it was very important to remember we were telling the story about a simple man who had his flaws. That’s why I focused on the family and his not being there when his kids needed him. He could organize so many but had trouble communicating with his son.

No, I don’t like it when a film is so white and black! I wanted to spend some time on the grays. In the end this is a story of parents – both farm workers and growers – trying to leave something for their kids. But John Malkovich’s grower character forgets he’s part of something bigger, while Cesar is willing to sacrifice his family for something larger.

Will there be criticism about factual omissions?

It’s unfair to ask the first film about Cesar Chavez to fill in all the gaps in history. I think most of the people who have a connection with his story understand how important it is for the story to work with an audience that doesn’t know much about the history. My idea was to make a film that would be an introduction to a very important story.

There have been criticisms that the film was, ironically, not union-made.

Something got onto the Internet about it not being a union film but it was completely a union production – on both sides of the border.

What is the perception in Mexico of Chavez and the United Farm Workers?

I have to say people are not aware of who these people are and what they did back then. Nor of the whole Mexican-American experience. We’ve allowed that border to really separate us. Hopefully the film will be a bridge.