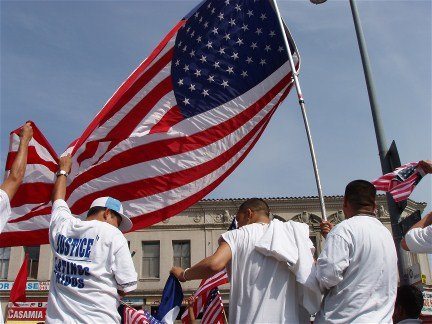 I was born in 1946, just when the boomer wave began. Bill Clinton was born that year, too. So was George W. Bush, as was Laura Bush. And Ken Starr (remember him?) And then, the next year, Hillary Rodham was born. And soon Newt Gingrich (known as “Newty” as a boy). And Cher (Every time I begin feeling old I remind myself she’s not that much younger.)

Why did so many of us begin coming into the world in 1946? Demographers have given this question a great deal of attention.

My father, for example, was in World War II — as were the fathers of many other early boomers. Ed Reich came home from the war, as did they. My mother was waiting for him, as were their mothers.

When it comes down to it, demographics is not all that complicated.

But these plans have gone awry. First, boomer wages didn’t rise as fast as we expected they would. In fact, over the last thirty years the median wage has barely budged, adjusted for inflation.

As a result, most of us haven’t saved as much as we’d hoped.

Then employers scaled back our pensions. Instead of the predictable monthly benefits many of our parents got when they retired, we received “defined contribution” plans – basically, do-it-yourself pensions. Some employers initially offered to match what we socked away, but those employer matches often shrank to the vanishing point.

We nonetheless took comfort from the rising prices of our homes, and assumed they’d become modest nest eggs when we sold them and bought smaller places for retirement.

But then the housing bubble burst.

Meanwhile, whatever we’d managed to sock away in the stock market lost years of value.

We assumed we’d at least have Social Security and Medicare. After all, we’ve been paying into both programs for years.

Yet both are now being eyed by deficit hawks who say the only way to avoid large and unsustainable budget deficits in future years is to limit these programs.

For example, Erskine Bowles and Alan Simpson have just offered another of their deficit-cutting plans — paring back Social Security’s annual cost-of-living adjustment and reducing Medicare by squeezing suppliers and cutting benefits for higher-income retirees.

So are the boomers doomed?

Not necessarily. One possible response to the aging of America, not yet on the table: Expand the number legal immigrants coming to America.

As I’ve noted before, the biggest reason Social Security and Medicare are projected to cost so much in future years is because America is aging so fast.

It’s not just that so many boomers are planning to retire, and their bodies will wear out. It’s also that seniors are living longer. And families are having fewer children.

Add it all up and the number of Americans who are working relative to the number who are retired keeps shrinking.

Forty years ago there were five workers for every retiree. Now there are just over three. By 2025, if present trends continue, there will be only two workers per retiree. There’s no way just two workers will be able or willing to pay enough payroll taxes to keep benefits flowing to every retiree.

This is where immigration comes in. Most immigrants are young because the poor countries they come from are demographically the opposite of rich countries. Rather than aging populations, their populations are bursting with young people.

Yes, I know: There aren’t enough jobs right now even for Americans who want and need them. But once the American economy recovers, there will be. Take a long-term view and most new immigrants to the U.S. will be working for many decades.

Foreign-born workers are now 15 percent of the nation’s workforce. At the present rate of immigration, between now and 2050 immigrants and their children are projected to account for nearly all the growth of the American population under the age of 65.

Immigration reform is already on the national agenda, but we’ve been focusing on only one aspect of it – how to deal with undocumented workers.

We need to think more broadly, and connect the dots. One logical way to help deal with the crisis of funding Social Security and Medicare is to have more workers per retiree. And the simplest way to do that is to allow more immigrants into the United States.

Immigration reform and entitlement reform have a lot to do with one another.