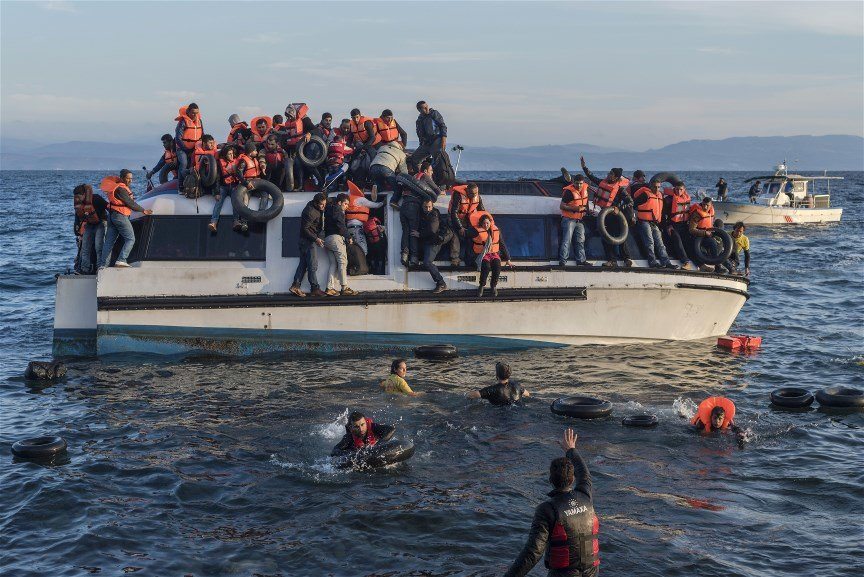 The story of Mary and Joseph leaving their small town for Bethlehem has spawned dramatizations, poems, carols and a lot more since it was first told in the late First Century CE. The Latin American enactment, called Las Posadas, runs for nine nights, from December 16 through Christmas Eve. Each night families make a procession through their communities, walking from one house to another, begging for space for the holy couple and a birthing place for the baby Jesus. At every home they are turned away – until one family welcomes these poor wayfarers, usually with warm drinks and sweets.

The festival reenacts the ancient commandment from the Jewish tradition that we should welcome the stranger, the foreigner, the immigrant – because at one time we were all newcomers to this land.

Most Americans have forgotten this and have instead become very fearful after the November Paris attacks. Even while 9,000 refugees from Syria, Iraq and beyond line up to enter Europe every day, the Obama administration is limiting the entrance of Syrians to this country to 10,000 a year. By contrast, in 1980 we brought in people from Southeast Asia at the rate of 20,000 a month.

The anti-immigrant mood targets not only people from the Middle East. Only 45 per cent of Americans affirm that immigrants make this country better. One presidential candidate proposes sending every undocumented resident – whether or not they have children who are citizens – back to their country of origin, despite the fact that most of these families have been in this country for an average of 13 years, and that some of these children know nothing about their family’s native country or its language.

Apparently there is “no room at the inn” for these people. So 11.5 million people now live and work in the shadows. Four million children who are U.S. citizens have one or more undocumented parents. Almost 14 percent of the American population was born in another country. Thousands – some families, some unaccompanied children – languish in holding pens awaiting determination by authorities as to their status. Fed? Yes. Safe? Hopefully. Children in school? No. Outside support? Little if any.

Is there “no room at the inn” for the world’s nearly 60 million refugees?

Meanwhile nearly 60 million refugees roam the globe. They flee hunger, drought, wars and oppressive governments, among other conditions. They seek shelter or work or stability or safety. Australia spends $1 billion a year turning back refugees. Thailand and Malaysia tow boats of immigrants back into open sea. The Muslim minority in Buddhist Myanmar flees into neighboring countries, to survive in exile encampments along the borders. The Darfur region in Sudan has needed international aid for years.

Those situations will only worsen as the earth warms, as climate patterns become more irregular, as the oceans rise, as droughts skip across the continents in unexpected ways. Human-caused climate change will not respect the customary boundaries of rich and poor countries. Agriculture will be wiped out. Livable places will become uninhabitable. People will move somewhere where they can live.

Immigration activists recognize the scale of this problem and have proposed some criteria to cope with it: People who have been here should stay here, have a path to citizenship and not be separated from their families. Their children should be allowed to attend college. We should release immigrants in detention and transition them into a normal life. Gang members unfamiliar with their birth country should not be repatriated there.

That’s what “welcoming the stranger” could look like in America. The immigrant crisis would become a human face we could all recognize as our own. Pope Francis reminded us of this when he arrived in this country in September: “As the son of an immigrant family,” he said, “I am happy to be a guest in this country, which was largely built by such families.”

Las Posadas also reminds us of this, year after year. There was room in the inn for our ancestors, and for us — surely there is still room. For we never know who is about to be born among us.

Related Topics:Climate ChangeimmigrationOp-Edrefugees
Up Next

Nurses Address Climate Change: "Our Planet Is My Patient!"