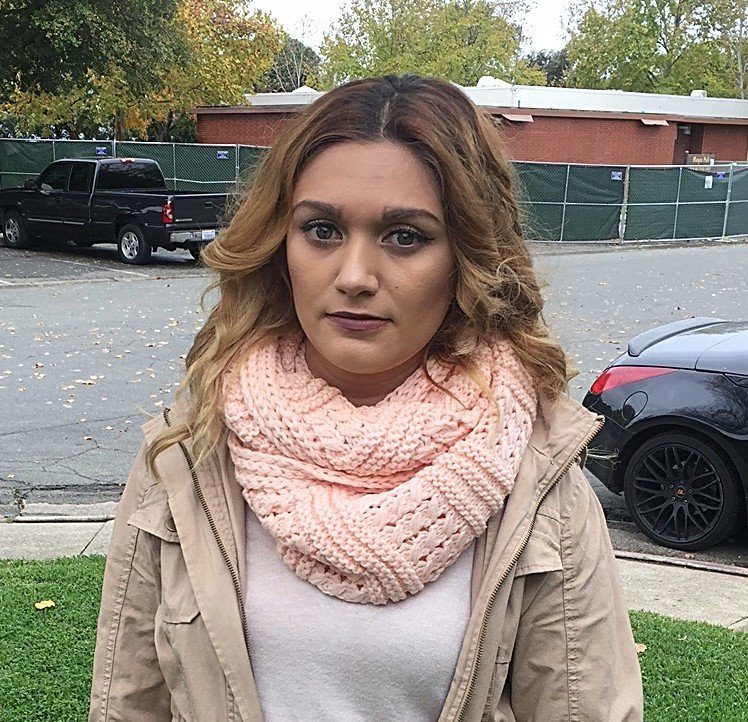 On November 15 Mangan Park residents got more bad news. Homes near the neighborhood’s public gun range were discovered to also have been contaminated by lead, almost certainly from the facility. For Jeff Van Slooten, a retired official from the Department of Toxic Substances Control (DTSC) and a lead expert, the results came seven months too late.

In April, concerned about what he was learning about lead contamination near the range, Van Slooten independently gathered samples from a few nearby homes, paying for the lab work himself. The tests indicated that the homes were contaminated. But more extensive testing was needed. He sent his results to the DTSC and urged the agency to conduct its own testing. But more than half a year went by before tests were conducted.

“Having worked at the DTSC, I get that government does not operate at the speed of light. But they should have immediately gone out and tested at least the homes across the street.”

Expectant Mother: “I’m scared and worried about my baby and my little sister.”

In the city’s recent tests, Mayra Arellano’s house was one of the homes with lead levels above what the DTSC considers safe for long-term exposure. Arellano, who is five months pregnant, fought back tears as she described her reaction to the news. “I’m scared and worried about my baby and my little sister — she is only 8.” According to the U.S. Centers for Disease Control and Prevention, lead in pregnant women can be passed on to infants and cause problems in brain, kidney and nervous system development.

See documents related to this story

Jeff Anderson, a Sacramento attorney who specializes in land use and environmental law, said the more than six-month delay in testing homes near the gun range might have had the effect of preventing residents from learning of the health hazard – and thus of their ability to seek legal recourse. That is because California government tort claim laws allow citizens a limited window of six months to file claims seeking damages from city government agencies. The April Sacramento Bee article that broke the lead contamination story, along with a community meeting that followed, arguably started that clock by informing the public of the overall problem, Anderson said.

“If the city is doing anything that hinders the truth coming out in a timely fashion, that really hurts people. This is a serious matter and it can’t be just swept under the carpet.”

In response to a Capital & Main query about the six-month delay in testing neighborhood homes, city manager spokeswoman Marycon Razo said, “The city could not test the yards until after the county approved the model indicating where the lead dust on the range roof could have been deposited, and then approved the testing work plan.”

Eleven of 29 homes near the range were found to be contaminated and will likely need to be scrubbed of lead. But lead experts Peter Green, from the University of California, Davis, and Dr. James Wells, an expert in lead cleanup efforts, blasted the testing protocol and warned that contamination could be worse than is being reported.

The problem, both said, is that the DTSC-approved city lead tests use a process called incremental sampling methodology (ISM). Rather than taking individual samples, the city took 90 samples in front, side and back yards, and blended them together to create three samples from each yard. Put another way, they mixed a whole lot of dirt together – rather than looking at individual samples – and tested the blended dirt. Only if the composited or blended average exceeds 80 parts per million will the homes receive further testing and possible remediation. 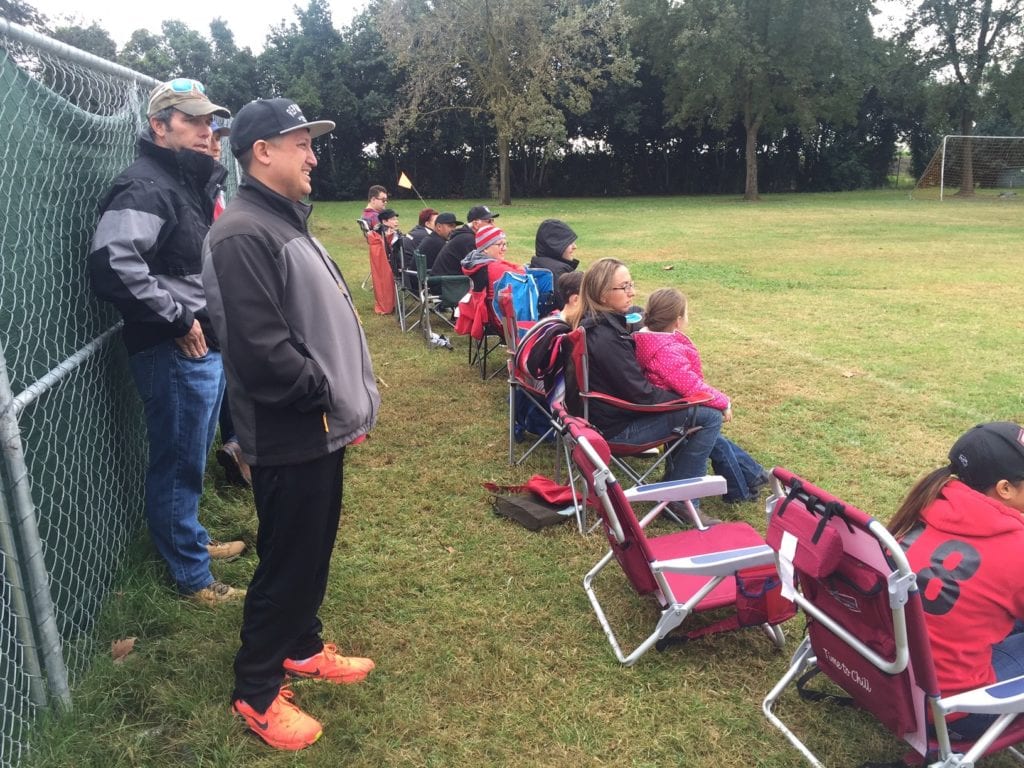 Wells said that ISM can be helpful in some situations, such as testing large areas under consideration for development, but called the choice in this case “unwise.”

“At Exide,” said Wells, referring to a large car-battery cleanup site near downtown Los Angeles, where Wells serves as the DTSC-appointed technical advisor for the community, “we are not allowing composite sampling. We are also basing cleanup decisions on the maximum concentrations detected at a residential property and are not even calculating averages.”

In an email, Wells described the problem with composite testing. “Let’s say I collect samples from four locations, composite the samples, analyze the single composite and the lab reports back a lead concentration of 50 parts per million. I have no idea whether the original samples were 50, 50, 50 & 50 ppm or 1, 1, 1 & 197 ppm.”

Wells’ point is that the testing methods that the county and DTSC approved could hide potentially dangerous hot spots of lead. “Considering that airborne deposition of metals is known to result in spatial heterogeneity [i.e., to create hot spots in the soil] I would argue that it’s important to try to find those hot spots.”

Green offered a similar perspective: “It is virtually certain that averaging will hide the worst of the bad news.  Would you want your tap water tested and averaged with other households?”

The lead test results provided to Capital & Main by the city of Sacramento showed nine additional homes that had composited lead levels between 50-78 ppm, making it highly likely that the homes had individual hot spots exceeding 80 ppm. Russ Edmondson, a DTSC spokesperson, confirmed to Capital & Main that if a home’s blended results do not add up to 80 ppm, it won’t be subject to more testing or to cleanup efforts. “We believe,” Edmondson said, “that the process used properly applies the ISM methodology. Followup sampling for those properties that exceeded the cleanup goals will be conducted next.”

Lead Expert: Blending soil samples does not make sense. Why not use the Exide site cleanup standard?

Van Slooten says that the compositing of samples does not make sense. “These are airborne contaminants just like what caused the contamination around the Exide plant,” he said. “Why not have the same cleanup standard?”

The cleanup of homes around Exide is much larger. The soil around up to 10,000 homes is slated to be cleansed of lead that exceeds DTSC-approved  levels.

In response to a query, the CDPH said that between 2009-2011, there were seven cases of kids with levels high enough that medical treatment is considered vital in the ZIP code that includes Mangan Park. The rate of lead poisoning cases for the area is eyebrow-raising — two and a half times the average for Sacramento County during that same time period.  Those seven cases represent 11 percent of all cases of lead poisoning in Sacramento County; that is concerning because Mangan Park’s ZIP code only has three percent of the county’s residents.

Still, lead can come from many sources and the ZIP code covers several miles. It’s not known if the Mangan gun range, which for 50 years spewed lead from an unsafe building, impacted children’s health, partly because no coordinated public health efforts have been undertaken – despite growing evidence of a problem. A spokeswoman for Sacramento County said that Mangan Park residents who “suspected lead poisoning or [have] concerns about lead should be directed to their health care provider to determine if testing is recommended.”

Staring across her front yard to the fenced-off gun range less than 100 feet away, expectant mother Arellano admitted she is frustrated that the county hasn’t offered blood tests. “It feels like they just want to cover this up, rather than help people,” she said.

Bruce Lanphear is a Vancouver-based MD at Simon Fraser University and an epidemiologist who studies the health impacts of lead. He said that offering residents blood tests is a good idea. But Lanphear cautioned that because the gravest threat, airborne lead, is no longer occurring (because the gun range is no longer operating), current blood tests would be unlikely to offer definitive answers as to how much the public was harmed. “The exposure is in the past and most of the lead is going to be sequestered,” he said.

What would be most helpful, said Lanphear, would be for the CDPH to release historical data from the “block census level,” which gives a narrower neighborhood picture. Lanphear said that the CDPH released similar historical data about kids who lived around the Exide plant when it was in operation, and he called on the agency to also make available data about young people who lived in the vicinity of the Mangan gun range when it was up and running.