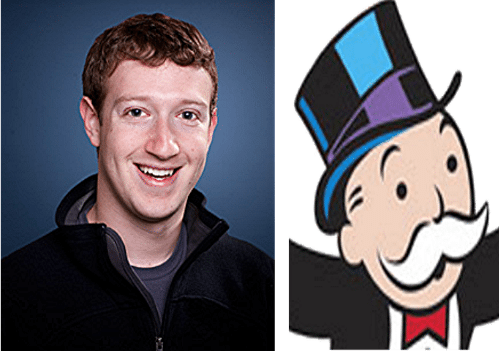 Until recently the Internet, along with the devices that brought it to us and the platforms that have expanded its usefulness, held a certain cool, selfless allure. The Web was mostly the idea of young, rule-breaking rebels, and their insurgent mystique made them hero geeks. Browsing a favorite blog on our laptops, a cup of red-eye coffee nearby, we felt a part of the New. Then money began doing what it always does to young, rule-breaking rebels – it turned them into our parents, our landlords and our loan officers.

It began in earnest, I suppose, with last year’s tiff between Amazon.com and the state of California over Sacramento’s insistence that the online retail behemoth start collecting state taxes on its sales. Amazon eventually struck “compromises” with California and other states that mostly favored Amazon. Many of us in California smiled – we got an extra year of purchasing on the site without paying taxes. Even some progressives concerned about the state going down the drain for lack of funds secretly found it kind of cool that an online outfit could stare down an entire state government.

Then came this year’s great face-off over a new online-piracy law. Here a number of Internet giants, including Google and Wikipedia, stood together and went dark for a day, forcing Congress to back down. This, too, was kind of cool – a handful of Internet companies that had only been around less than 20 years, banding together for Internet freedom and telling Congress to stuff it. Still, some may have wondered, what if those same companies renew their solidarity one day for a somewhat less altruistic cause – say, to demand corporate tax breaks or to be exempted from anti-trust statutes?

That was four months ago, yet now we’re hearing more and more about how not-so-altruistic computer and Internet corporations are. First there was The New York Times’ expose of Apple’s China operations, followed by that paper’s investigation of how Apple skirts paying state taxes – in California and elsewhere. Not to mention Google’s recent dodge of federal wiretapping charges.

Veteran journalist Greg Critser, commenting for the San Jose Mercury News on the N.Y. Times Apple-tax story, noted, “The true Apple ethos — far from the progressive stereotype rendered by its ranks of official hagiographers — is one of exploit, avoid, and hide.”

After observing that Apple’s system of fancy tax paperwork and offshoring has allowed it to shirk payment of $2.4 billion in federal taxes, Critser adds, “It’s time for the technology barons of our own age to start thinking bigger. They compete in the world. They live in America.”

The latest Internet/tech giant in the news is Facebook, whose initial public offering this week could put the company’s value at $104 billion. L.A. Observed’s business writer, Mark Lacter, says that “the Legislative Analyst’s Office is projecting $2.1 billion in revenue collections over the next 13 months as a result of the Facebook IPO . . . All told, about one-fifth of the personal income growth in 2012 will be attributable to the offering.” Good news for California, right? Except that Lacter, who sees these things differently from Critser, considers it a drop in the bucket when it comes to bailing out the state’s $16 billion budget shortfall.

“It’s a reminder,” he says, “that anyone who thinks the state can be bailed out by its wealthiest citizens had better take another look at the numbers.”

This is rather inexplicable pessimism. No one, after all, has said Facebook’s IPO by itself will save California. But collecting taxes from those who profit from it, large and small, is a start. The size of the IPO’s eventual tax contribution cannot be dismissed – that $16 billion deficit, after all, will melt away more quickly if and when California gets its fair share from “its wealthiest citizens,” including the Internet and tech firms that would have us believe they are too cool to pay taxes.

How Mark Zuckerberg Became a Billionaire