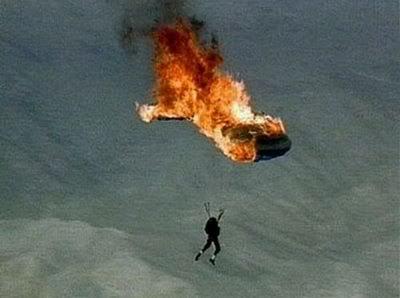 In 2005, Hewlett-Packard paid Carly Fiorina $40-million if she promised not to come to work anymore. The absurd payoff followed the company’s stock plunge during Fiorina’s six-year tenure as CEO. That $40-million could have gone to staff, shareholders or new hires.

Since then, most Americans — for whom the phrase “retirement package” is a cruel joke — have watched their net worth collapse while CEO payouts have reached heights far beyond the reach of mortal men.

A study released earlier this year by GMI, a corporate-governance rating and research firm, found that the golden parachutes of just 21 CEOs collectively add up to nearly $4 billion. (That’s Carly’s massive kiss-off multiplied by 100.) You don’t want to know how rich every one of these guys — yes, they are all guys — was to begin with.

Former Penn State football coach Joe Paterno died in January after being fired for helping to cover up the systematic sexual abuse of kids under his watch. During the weeks before he was let go, Paterno was reportedly negotiating an even sweeter retirement deal than the lavish one already on the books. Paterno wasn’t completely selfish — he worked out an enhanced retirement payout for Jerry Sandusky, the sexual predator since convicted of those crimes.

At least Paterno wasn’t running for CEO — or rather, president of the United States. The Boston Globe reports that Mitt Romney remained sole shareholder and CEO of Bain Capital during his “leave of absence” from 1999-2002 so he could maximize his very own “retroactive retirement.” (Quotation marks around certain Romneyisms — “self-deportation,” anyone? — indicate that the prospective Republican nominee has severed ties with American English as we know it.)

Meanwhile, New School economics professor Teresa Ghilarducci writes in the New York Times that in the America of the 99%, three quarters of those nearing retirement age have less than $30,000 in their retirement accounts.

For retirees with little or no savings, Social Security barely covers subsistence. And that’s for the healthy folks who qualify. If you have little money and big medical expenses, you’re totally screwed. But wait: Mitt Romney, if elected, wants us to belt-tighten by adding “a year or two (ital mine) to the retirement age.” What’s a year, or two — or more — among friends?

Pensions are cold comfort to most private sector workers, who are far less likely to get pension benefits than at any time since WWII. And public sector employees saw the value of their lucrative retirement plans plummet, because these plans were heavily invested in a declining stock market.

City and state governments are broke, producing intense pressure to gut or kill these programs. At the same time, millions of public sector workers are permitted to retire when they’re 55 or even younger with defined benefit plans that include guaranteed salaries and health benefits for life, courtesy of our tax dollars. Unless, that is, the guarantors can’t, or won’t, pay.

For millions of older Americans who need work, jobs are increasingly hard to come by — in some industries, non-existent — for anyone over 50, let alone 60 or 70.

The march to oligarchy may be unstoppable, but at least one departing CEO has done the right thing. Last December, American Airlines CEO Gerard Arpey refused to accept any severance when he stepped down after 30 years at the firm, which had recently declared bankruptcy.

Corporate giants — which are people, say the Supreme Court and Romney, but which have no moral compass — can occasionally be persuaded that an obscene payout to a failed CEOs is bad PR. Hewlett Packard, which shelled out $10-million and $35-million to Fiorina’s unsuccessful successors, has vowed to limit future golden parachutes.

Nabors Industries chief Gene Isenberg was set to receive upwards of $100 million in get-out-of- Dodge compensation in February. Company flack Dennis Smith initially defended this payout on the grounds that, “It used to be a hell of a lot bigger — $525 million — until the board reduced it.” But following intense shareholder and media pressure, Isenberg forfeited most of his package.

In better times, ordinary Americans could have fun thinking through their work options with the help of the best-seller What Color is Your Parachute? These days, their parachute is gray or black — and made of lead.

(This feature first appeared on Huffington Post and is reposted here with permission.)

WebHot: You Too Can Be an Offshore Tax Shirker