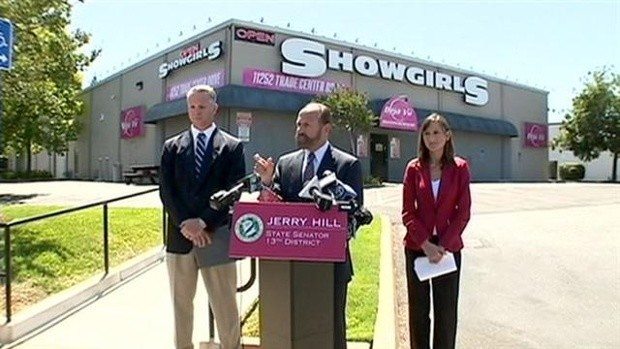 Criticism of the enterprise zone program, which our Gary Cohn recently investigated, seems to be gathering attention. Documents received last week by Frying Pan News showed that Déjà Vu Showgirls and Gold Club Centerfolds received a combined two dozen vouchers for tax credits of up to $37,000 per employee, despite paying most of them around $9 per hour. The program also requires no evidence of job creation. In his piece “How Enterprise Zones Are Killing the California Dream,” Cohn quotes two Californians who had been laid off while their former employers received credits for their lower-paid replacements.

“This is the kind of problem that makes people crazy,” Sen. Hill told the Frying Pan, referring to all the abuses coming to light.  “Right now there is really no incentive. We know that only a small percent – maybe 15 percent – of the jobs are actually new jobs. Most of companies using the program are big companies who were planning to move here regardless.”

As Cohn reported last week, the program costs taxpayers more than $700 million per year, with the vast majority going to companies worth more than $1 billion. Revelations followed that in addition to strip clubs, fast food chains, fortune 500 companies, Walmart and at least one casino have taken advantage of the program, according to the Sacramento Bee. Details of the program are hidden in secrecy, with no public list of beneficiaries or accounting of tax dollars they claim.

Senate Bill 434, introduced by Sen. Hill, would create accountability and transparency in the system, while requiring recipient businesses to create new jobs paying at least $16 an hour in order to claim the tax credits. It also eliminates retroactive tax vouchers. Currently, businesses can apply for credits covering people who are no longer employed. Governor Jerry Brown has proposed replacing the program with tax exemptions for biotech and manufacturing firms.

“The Governor wants to eliminate the program completely,” Sen. Hill explained, “but I think we can clean it up and turn it into something that will actually create new jobs and provide good, strong economic development.”