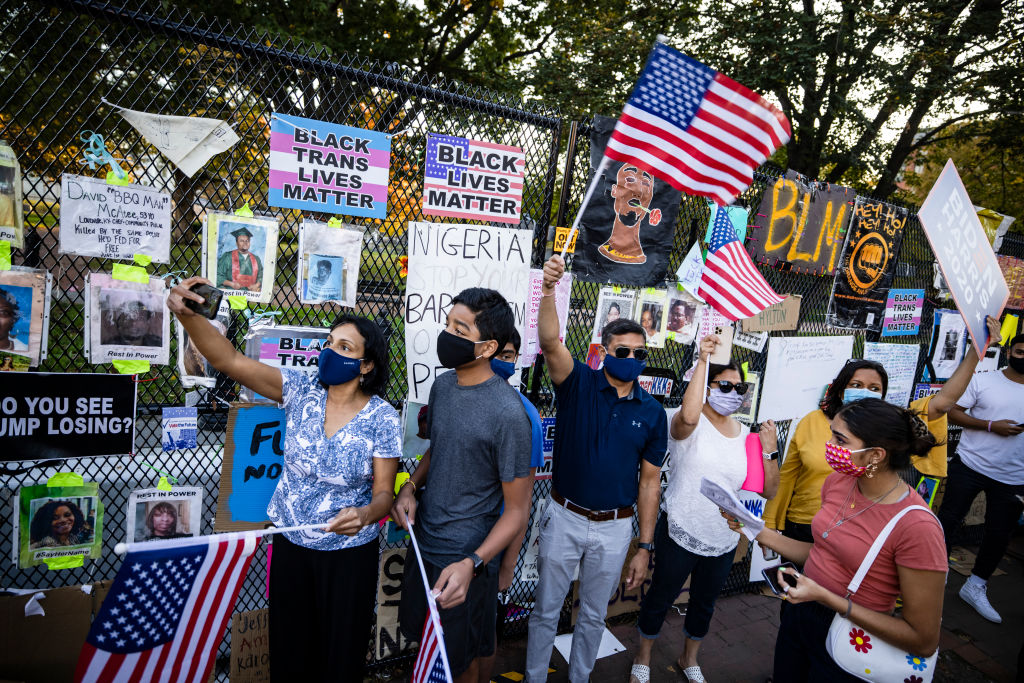 Asian Americans and Pacific Islanders headed to the polls in record high numbers for the 2020 elections. Along with other voters of color, they may have accounted for the Biden-Harris ticket’s margin of victory in key states like Georgia.

Despite significant obstacles to voting — ranging from language barriers to fear of harassment, targeted misinformation and higher than average ballot rejection rates — the increase in Asian American participation this year was so significant it has raised questions about how they might shift elections to come. 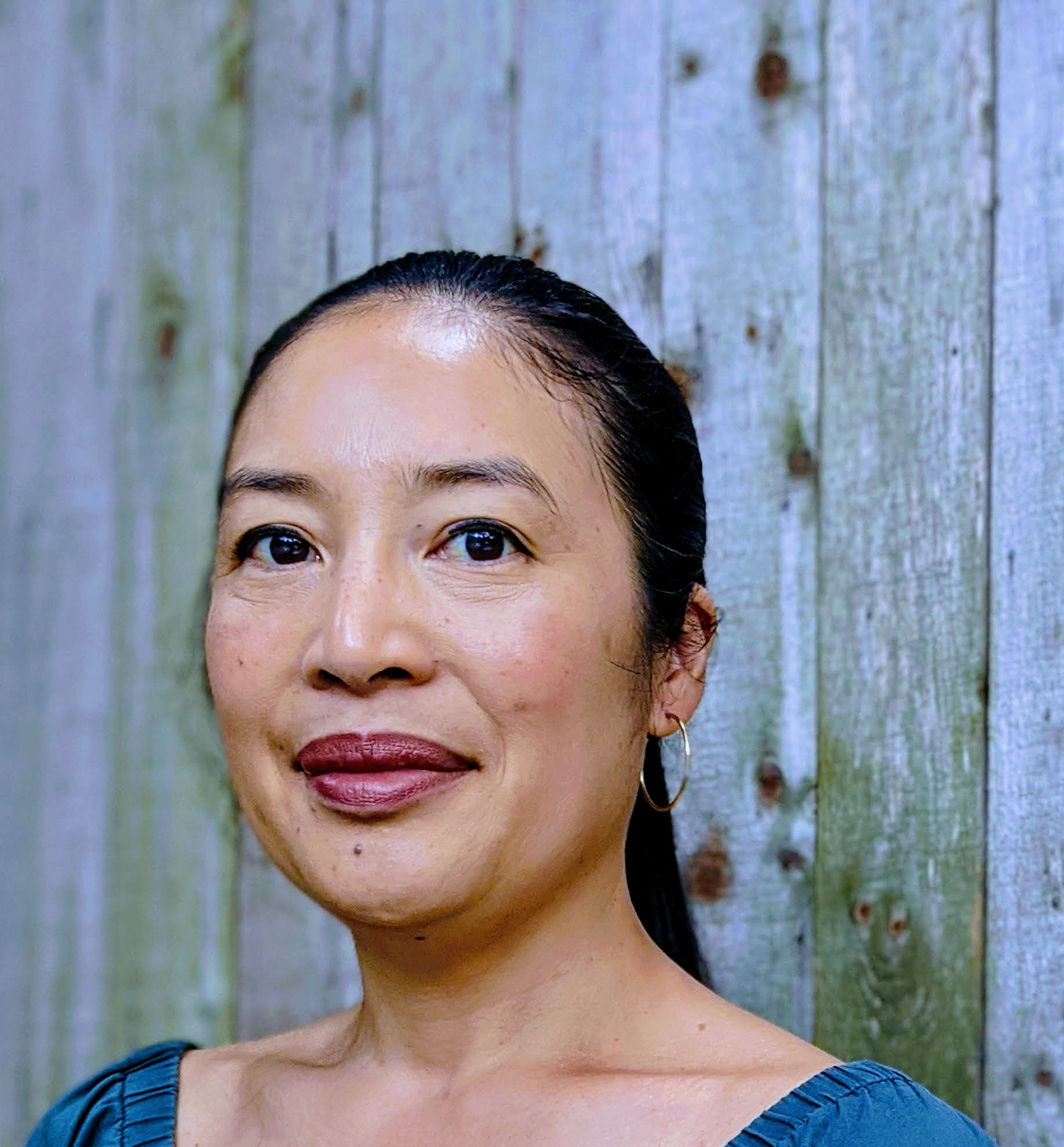 Wong is an Asian American studies professor at the University of Maryland. She conducts nationwide polls on the community’s political and social attitudes, including the 2016 and 2020 National Asian American Survey. Wong is also the co-founder of Chinese American Progressive Action, an advocacy group focused on racial justice and immigrant and civil rights.

Capital & Main: Asian Americans, while currently a small percentage of the U.S. electorate, are the fastest-growing group of voters. What does their turnout in 2020 say about the future of elections in our country?

Janelle Wong: Many people are trying to figure out if the Asian American community is going to matter or not electorally. Did they matter or not in 2020? Georgia is a good case study. Early votes alone cast by Asian Americans and Pacific Islanders exceeded the narrow vote margin that decided the race for Biden.

That’s huge and deserves attention because those numbers of new voters, if you capture them, can make the difference in an election. Did they make the difference this time? They certainly contributed to the Biden win. There’s no doubt about that. Did they account for the full margin? Probably not.

We’re right on the precipice of really having an impact. Asian Americans are about 4% of the entire electorate, and we’re also mostly concentrated outside of electoral swing districts. Yet, Asian Americans are also the fastest-growing group in some battleground states like Georgia.

“It’s remarkable that the Asian American vote went so solidly for Biden, even without almost any outreach from the Democrats.”

Asian Americans haven’t historically been active voters in Georgia. What happened there?

Stacey Abrams modeled a deeper kind of engagement. She pulled together a multiracial coalition of Asian American, Latinx and Black Georgians. And she did it around a health care agenda. She didn’t just swoop into the Asian American community and say, “Happy Lunar New Year” or run a couple of ads right before the election. During her time in the Georgia House of Representatives, Abrams built long term relationships with Asian Americans on the ground, with Asian American organizations and with elected officials. She hired Asian Americans to her team. She did all of that, and it made a difference.

What about the Democratic party’s outreach more broadly?

It’s remarkable that the Asian American vote went so solidly for Biden, even without almost any outreach from the Democrats.

We see a pattern in the final weeks before elections of campaigns starting to pay some attention to Asian Americans. The Biden campaign did more outreach than any other campaign. But it was very late, partly because they didn’t get an influx of cash for paid media until just before the election.

Asian Americans’ largest barrier to mobilization remains lack of attention from candidates and political parties. Every election cycle that Asian Americans participate at lower levels than other groups, it reinforces this idea that we’re low propensity voters. Then the parties and candidates don’t invest in us, and it reinforces the same vicious cycle.

Asian Americans are subject to stereotypes that say we’re not interested in U.S. politics and care more about our country of origin. That leads parties to assume we’re not going to vote.

Asian American voters have also historically been more non-partisan than other groups, which can lead to demobilization because parties are afraid to activate people when they don’t know which way they’ll vote. We’re seeing that change though. Even Asian American voters who were politically unaffiliated broke for Biden in this election.

If the Democrats put some time and investment into Asian American communities, such as year-round voter registration, it would really pay off in the long term. The benefit is generations of loyalty.

Asian Americans are coming of political age on their own. Time has been one of the biggest mobilization factors, as I projected in my book about 15 years ago.

Since the 1990s, Asian American population growth has been significant. Asian Americans are a majority foreign-born community, and they are the only racial or ethnic group for which a majority of their voters are naturalized citizens. Yet, they are being asked to do the heavy lift of political incorporation with little help.

The new Asian American voters we’re seeing in 2020 are not new residents. They have been in the United States for decades, and that has catapulted them into the political system over time. The longer they’re in the United States, the more likely they are to identify with a political party.

“Despite how diverse Asian Americans are, we see this remarkable level of consensus around key policy issues.”

More than two out of three Asian Americans vote Democratic, and the majority have progressive policy leanings. Is there an Asian American political agenda developing?

So many people are always talking about how diverse Asian Americans are in terms of national origin, language, religion and generation. But despite these differences, we see this remarkable level of consensus around key policy issues that are Democratic candidates’ bread and butter.

But there’s a tremendous amount of consensus among Asian Americans when you look at issues like government-sponsored health care, environmental protections, gun control and taxing the rich. That is true for Asian Americans regardless of partisanship, which is pretty unusual in the U.S. electorate.

That consensus is sometimes lost because we are a constructed community with a lot of internal differences. Yet, there’s something there with these core values that no political party has really capitalized on. You don’t get that much outreach to Asian Americans as environmentalists. We’re not characterized as health care voters or gun control voters. But imagine the kind of campaign that could emerge if political parties and candidates started to recognize that.

What other issues were top-of-mind for the Asian American voters you surveyed?

We see this heightened awareness of the fragile belonging Asian Americans have in the United States, and an understanding that racism affects the group as a whole. About half said that they were worried about hate crimes and harassment.

The anti-Asian bias we saw after Trump used terms like “China virus” and “kung flu” could be demobilizing. But we also saw that many groups were activated by it, and voting is one way to express political agency.

About half of the Asian American voters we surveyed said they worried about having access to health care. And, like other Americans, are very worried about the economic impact of this pandemic.

Did racial justice issues or the candidacy of Kamala Harris, who is of Indian and Jamaican descent, play a role for Asian voters?

Kamala Harris activated some members of the Asian American community and generally added some excitement to the Biden ticket that wasn’t there before.

“Harris’ candidacy and representation brings up some of the best parts of Asian American politics and our shared experience.”

Straight up descriptive representation is exciting to some Asian Americans. You only have to look at their reception to Asian American stars in Hollywood to see that. But they also weigh trust over someone who looks like them when making political donations, according to research from social scientist Sono Shah.

Harris benefits from some Asian Americans identifying with her and might also face some anti-Black racism in the community.

Among progressive activists, Harris’ authenticity as Asian American is 100% unquestioned. But in broader Asian American communities, you see that East Asians are way less likely to consider people from South or Southeast Asian countries to be “Asian.”

Harris’ candidacy and representation brings up some of the best parts of Asian American politics and our shared experience. And it also raises up the hard work we need to do to recognize the diversity within the Asian American community, which today is minority East Asian, and majority South and Southeast Asian.

On the whole, Asian Americans tend to align with efforts to address systemic racism. But we do see some organizing tactics that are not aligned with racial justice goals. There’s a prominent faction that is anti-affirmative action and anti-racial integration in schools. Misinformation around the 2020 election oftentimes was anti-Black. And about 30% of Asian Americans still supported Trump after four years of xenophobic, and some would say anti-Asian or at least anti-Chinese, rhetoric.

Those things if unchecked could lead to some real breaks in the Rainbow Coalition and the progressive direction of Asian American politics.