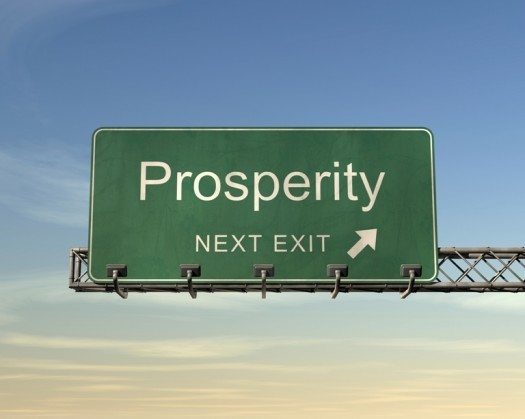 Where will this century’s jobs come from? What can we do about youth unemployment and underemployment? How can today’s developed countries maintain their labor standards and environmental laws in the face of competition from China and Southeast Asia?

These are questions that keep parents awake at night worrying for the futures of their children. The usual answers offer little hope. No wonder today’s underemployed twentysomethings are so depressed.

To judge by the headlines, tomorrow’s good jobs will all be in high technology and the Internet. But the world only needs so many instant-millionaire app developers. For most young people, becoming an Internet millionaire simply isn’t an option.

The other booming area is the low-wage service sector. The world needs more caregivers, nannies, cleaners, gardeners and wait staff. So much for the knowledge economy.

Gone are the good jobs in manufacturing that used to provide steady employment to millions.

But were those jobs in manufacturing really so good? Who wants to see their children working on a Chinese assembly line? Or even in a well-paid but dangerous job cleaning pipes on an offshore oil platform?

Some of the best jobs in modern society should be jobs in which we care for others. The problem isn’t that these are inherently bad jobs. The problem is that low pay and poor working conditions make these jobs little better than jobs in Chinese factories.

One way to improve service jobs is to support unionization. Unionized service workers enjoy much better pay and working conditions than non-unionized ones. Just ask a unionized maid or janitor in a major conference hotel and you’ll see.

But if we can’t rely on unions to lift service workers out of poverty, there is another way.

Here government has a role to play. Many of the biggest service occupations are in areas that receive government support. And when governments increase their demand for workers, the private sector has to raise its game to compete.

For example, governments can support working families by paying for childcare. If governments pay for quality childcare, more people will take advantage of it. This frees up high-skilled people to work outside the home. Society’s total productivity rises as a result.

Are hospitals dangerously understaffed? Staff them. Doctors and nurses are expensive and take years to train, but nurse’s aides can be trained in a few months. Our goal should be to have safe, comfortable hospitals, not cheap, unpleasant hospitals.

What these solutions have in common is the need for government action to take up the slack left by individual consumer choice.

Left to ourselves, we tend to under-consume health and education services. We spend money to satisfy our immediate desires and forget to plan for our long-term good. We live for today, not for tomorrow, and certainly not for our children’s tomorrows.

Working together as a democratic society, we can address this imbalance and at the same time lay the foundation for 21st century economic success for all.

Our problem lies in how those riches are distributed. The global decline in unionization has been associated with a massive shift in income away from ordinary workers toward managers, professionals and the wealthy.

This shift has put us on the low road toward a 21st century economy based on low employment, highly concentrated wealth and only-if-you-can-pay-for-it services for the already-privileged.

The low road to the future is unpleasant and unpalatable but it is, sadly, the road we are on. It leads to a future of gross resource abuse, mass impoverishment and economic apartheid. In other words, it leads to a future that looks a lot like today’s China.

Have you been to China lately? The bullet trains and luxury hotels are all very nice, but the pollution is so bad that you literally can’t see the sky. Joyless life with no sunshine is not a metaphor, but a daily reality.

On the high road to the future, we would use our government institutions to put people to work in support of the common good. We all want high-quality schools and hospitals, safe streets and attractive parks and amenities. We can have them. We should have them.

Of course, the high road requires that we all pay a little more in taxes, especially those who have benefited most from the economic growth of the last 40 years. There is no way to expand employment without someone paying the bill.

But you get what you pay for. Managers, professionals and the wealthy can afford to give back a little to ensure high-quality public services for everyone. After all, “everyone” includes them as well.

In fact, on the high road you get more than you pay for. By increasing public sector demand for labor, the high road to the future leads to higher wages and better working conditions in the private sector as well. So in the end those tax dollars get multiplied.

The high road toward full employment is not a pie-in-the-sky dream. It merely requires that we commission our governments to do more of what they are doing already. They may do it well, or they may do it poorly, but they can do it. We should see that they do.

(Salvatore Babones is a senior lecturer in sociology and social policy at the University of Sydney in Australia and an associate fellow at the Institute for Policy Studies (IPS) in Washington, D.C. His post first appeared on Truthout and is republished with permission.)