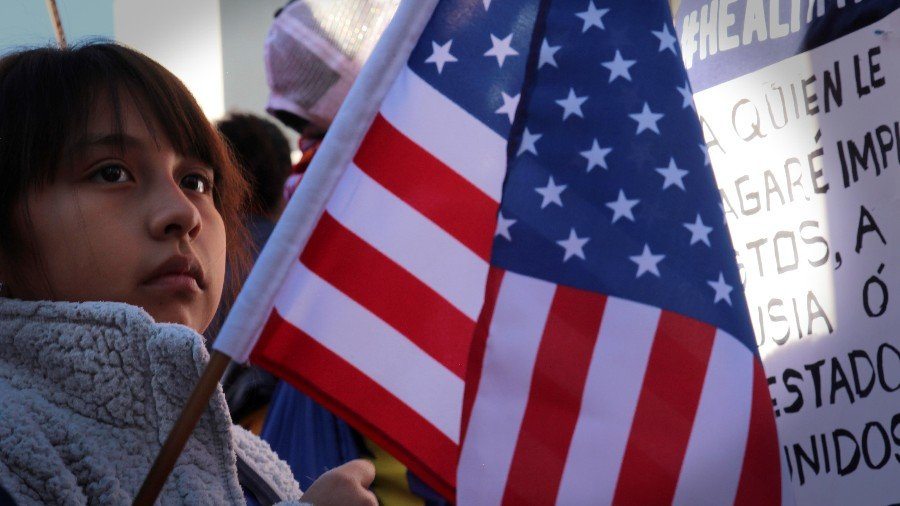 Two weekends ago, in the working class city of Lynwood in southern Los Angeles County, hundreds of anxious immigrant rights activists packed into the banquet hall of a Mexican restaurant to discuss the next four to eight years under President Trump. Among them was Nanette Barragán, the district’s newly elected Congresswoman. When it was her time to speak, Barragán proclaimed her intention to fight Trump tooth and nail on the harshest elements of his famously hardline immigration agenda, including his proposed border wall. However, she continued, should President Trump and Republicans in Congress propose a bill that would “afford the protections we need,” she would consider it. In particular, she referenced a recently proposed  bipartisan bill that would extend by another three years a temporary reprieve from deportation that the Obama administration granted in 2012 to immigrants who arrived in the United States as children.

“I know the danger,” she told the crowd, describing relatives in Texas who had enrolled in the program, called Deferred Action for Childhood Arrivals. “It’s very personal to me.”

This subpopulation of immigrants,  known as “Dreamers,” occupies a special status in the moral outlook of many politicians and of much of the public when it comes to immigration enforcement and reform. Even among Republican politicians who see unauthorized immigration as a criminal act, there are those who regard the Dreamers, unlike their parents, as essentially blameless. The Dreamers have long offered one of the only slivers of potential compromise and agreement in Congress in what is arguably the most polarizing political issue in the country. Obama and congressional Democrats have reached for this bipartisan brass ring repeatedly, introducing the Dreamers’ namesake bill, the Development, Relief, and Education for Minors (DREAM) Act, which would legalize the Dreamers’ status, four times over Obama’s two terms. In characteristic fashion, however, the president always counterbalanced his embrace of the Dreamers with an enormous concession to his hardliner adversaries: the erection and implementation of the most aggressive deportation regime the country has ever seen. The impact of this bargain on undocumented immigrants has been almost exclusively negative. The DREAM Act has yet to pass Congress; Obama’s support for it, and for immigration reform generally, remains theoretical. The millions of deportations his administration has overseen, on the other hand, are anything but that.

If the privileging of certain classes of immigrants over others has served the undocumented population poorly under Obama, it’s likely to get much worse under President Trump. With the president-elect just a few weeks away from assuming office, California’s Democratic lawmakers have been pushing a slate of bills at the state, county and city levels to insert a layer of protection between federal law enforcement and the state’s undocumented immigrants. One of those bills is designed to move the debate over  immigrant rights away from what its proponents characterize as a false dichotomy between those who deserve protections and those who do not, by extending guaranteed legal counsel — non-citizens are not currently entitled to an attorney by right — to every person in a deportation proceeding, regardless of their background.

“If we create a system where we’re providing representation for some categories of people because we consider them ‘deserving,'” Emi MacLean, an attorney with the National Day Laborer Organizing Network told me, “we’re just reinforcing this really hateful, fear-mongering rhetoric of the incoming Trump administration.” MacLean’s group is pushing the measure at the city and county level in Los Angeles. In the face of the full frontal attack that immigrants expect will follow Trump’s inauguration, MacLean believes that the proper strategy is to lock arms and allow no one to be thrown under the bus.

Obama’s line on deportations, outlined in a 2014 speech, is that his administration targets “felons, not families.” Rhetorically, it’s a distinction with obvious appeal: Who in the world likes felons and doesn’t like families? But procedurally, immigrant advocates say, it has been used as an excuse to deny due process to a broad cross-section of people who do not conform to what Democrats have long held up as the types of immigrants that deserve priority protection, such as college-bound Dreamers, undocumented parents of U.S. citizens who have lived here for decades, or undocumented immigrants who have served in the military.

In practice, the “felons” label is boundlessly elastic. It can mean summary deportation for an immigrant with a drug charge from more than two decades ago for which he has already served time. It can cover a grandmother accused of being a gang member by a single police officer on the basis of essentially no evidence whatsoever. It can include an old DUI or marijuana charge, or a citation for street vending without a license. Or based on no criminal history at all, or on a criminal record whose only offense is illegal entry or re-entry, which as a basis for priority deportation creates a circular argument. According to a recent study by the Marshall Project, those last two categories made up 60 percent of the 300,000 deportations that have been carried out since Obama first made his “felons, not families” speech. Obama’s good immigrant vs. bad immigrant language, MacLean believes, helped usher in Trump’s vilification of all undocumented immigrants. During the presidential debates, she pointed out, Trump noted that his proposed policies merely followed practices put in place by Obama. “Obama’s rhetoric of ‘we’re going to deport felons, not families’ created the mentality and the reality that we’re living today,” she told me, “where our president-elect, in his initial speech announcing his candidacy, talked about Mexicans coming into the United States as ‘rapists’ and ‘criminals.’”

Trump has already proclaimed that there are between two and three million immigrants with criminal records who he will instruct Immigration and Customs Enforcement (ICE)  to deport immediately upon taking office. By comparison, Obama has deported about that number of immigrants — 2.5 million — over the course of eight years. That was more deportations than any other president in history, and more than all of the presidents of the 20th century combined.

Former Los Angeles Mayor Antonio Villaraigosa believes that Trump’s figure is a red herring that indicates just how broad a net he plans to cast over the undocumented population. After addressing the Lynwood meeting, while walking from storefront to storefront, chatting in Spanish with their patrons about his gubernatorial campaign, Villaraigosa told me there is “no evidence” that there are two to three million undocumented immigrants in the United States with criminal records. The real number, he claimed, is closer to 800,000. Trump’s invocation of the larger number, he told me, indicates to him that the president-elect plans to go “far, far beyond” merely focusing on immigrants who pose a legitimate public safety threat.

One immigration attorney told me that two to three million seemed to her to be a reasonable estimate of the number of immigrants already “in the system” — through arrests and convictions,  but also through DACA enrollments and asylum requests and old removal orders that were ignored or never made it to their recipients in the first place — who the government can track down and deport without much trouble. If you’re an undocumented immigrant or an asylee and you’ve ever been fingerprinted for any reason, she explained, the federal government has your biometric data and probably a paper trail to your residence. There’s no “hiding in the shadows” under such circumstances. Trump’s two to three million priority deportation cases, then, may have nothing to do with criminal status; they’re just ICE’s low-hanging fruit. As under Obama, the “criminal” label is just an excuse to expedite deportations with a minimum of judicial oversight.

The distinction between “felons” and “families” has already been stretched to the point of legal farce under the Obama administration. If undocumented immigrants are to have any protection from deportation under Trump, many immigrant rights advocates are convinced, it is incumbent upon Democratic-controlled states like California to undermine what has become a tool for summary deportation by purging contrasts between “deserving” and “undeserving” immigrants from their own laws and policies.

Yesterday morning, in the administration building named after her father, Janice Hahn settled into her seat, alongside her colleagues on the Los Angeles County Board of Supervisors, to hear more than 100 members of the public speak in favor of, or in opposition to, a measure Hahn helped write. The measure, co-written with Supervisor Hilda Solis, Obama’s former Labor Secretary, would pitch county money into a $10 million legal defense fund, jointly financed by the county, the city and private donors, to provide attorneys to immigrants in deportation proceedings.

Similar funds are being considered in San Francisco and New York City, and a smaller fund has already been put into place in Chicago. In Sacramento, a bill is moving through the California legislature that would create a legal fund at the state level.

Stripped of power in Washington D.C., Democrats have embraced these rear-guard actions in an effort to defend their communities, proactively or desperately, depending on your point of view, against the expected deportation onslaught from the Trump administration. In California, the bill before the state, which is entitled “Due Process for All,” makes no distinction between immigrants’ criminal histories in determining who is eligible to make use of the fund — a victory for immigrant rights advocates who aspire to let the divisive “felons, not families” rhetoric fade into oblivion.

At the Board of Supervisors meeting, the city attorney, a Los Angeles school district board member and a spokeswoman for Mayor Eric Garcetti voiced their enthusiastic support for Hahn and Solis’ measure. It passed by a 4 to 1 vote.

The language determining the allocation of the funds, however, has yet to be written. If it mimics the state version, California will be on its way to codifying into its laws a unanimous commitment to extending a universal right to due process to all undocumented immigrants, regardless of past arrests, convictions or allegations by the police. It would send a strong message of solidarity at a moment when division could prove catastrophic to millions of the state’s residents.

If it instead adopts the language of the Obama administration, allocating the right to legal counsel only to certain groups of immigrants deemed more worthy of protection than others, that solidarity could unravel. Immigrants have seen what the results of that division have been under a Democratic administration. Under President Trump, they can only imagine.

5 California Victories That Burned Bright in the Year of Trump