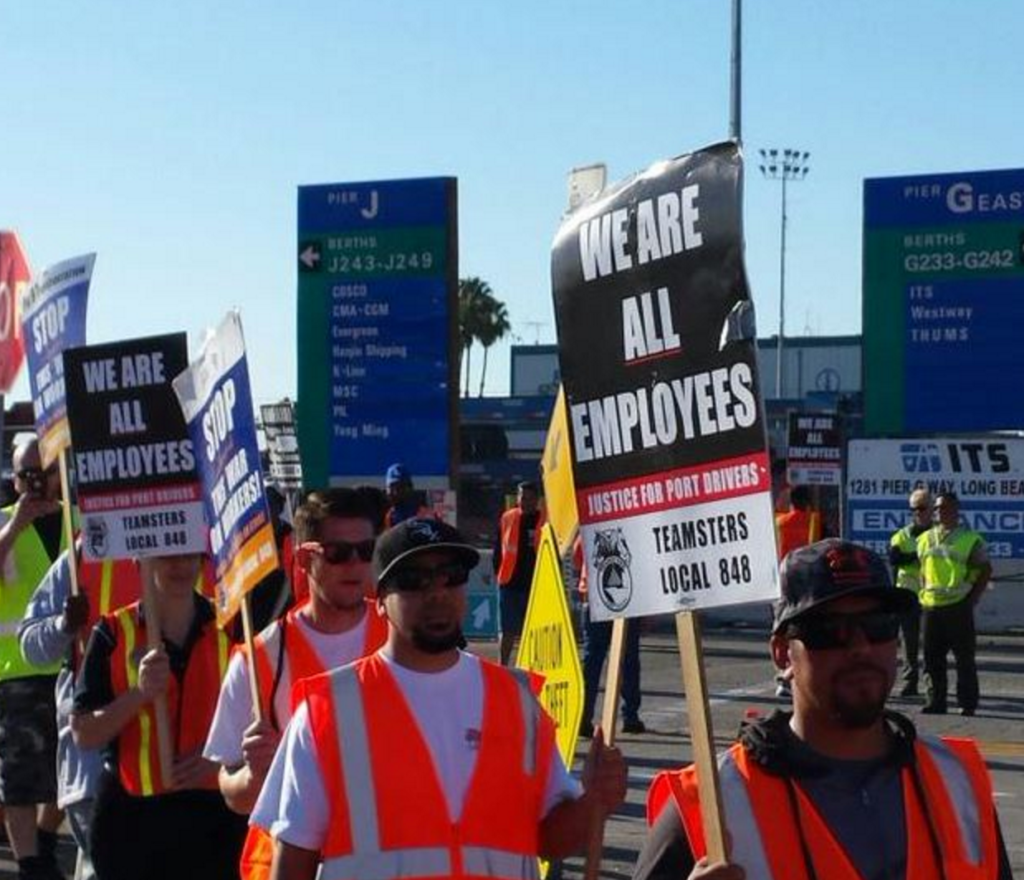 What if millions of American workers were being denied health insurance, job security and the most basic legal protections, from overtime pay to workers compensation to the right to join a union? What if tens of billions of dollars in taxpayer revenues — money desperately needed to address everything from crumbling roads to education to health care — were never making it to local, state and federal treasuries? What if thousands of companies were violating the law with impunity?

That is exactly what is happening in the U.S. today, thanks to a rampant practice known as worker misclassification –– illegally labeling workers as independent contractors when in fact they are employees under the law. In some cases it’s occurring in plain sight, in others it’s more hidden — but regardless of the circumstances, it is taking an enormous toll on the country.

According to the Economic Policy Institute (EPI), workers misclassified as independent contractors can be found in nearly every industry, and the phenomenon has grown considerably with the rise of the gig economy. Uber, the ride-hailing company, has become the poster child for worker misclassification, with numerous lawsuits alleging that Uber wrongly classifies its drivers as independent contractors. But Uber is hardly alone — examples of worker misclassification can be found in scores of new sectors, from housecleaners to technical workers.

Workers misclassified as independent contractors are also legion in established sectors of the economy, notably residential construction, in-home caregiving and the port trucking industry. Conditions for these workers have been compared to indentured servitude, and for good reason. Misclassification enables employers to get away with widespread wage theft and a range of other illegal practices.

In a 2015 report, EPI described the advantages to employers of misclassifying workers. “Employers who misclassify avoid paying payroll taxes and workers’ compensation insurance, are not responsible for providing health insurance, and are able to bypass requirements of the Fair Labor Standards Act, as well as the 1986 Immigration Reform and Control Act.” If this weren’t enough, the report continues, “misclassified workers are ineligible for unemployment insurance, workers’ compensation, minimum wage, and overtime, and are forced to pay the full FICA tax and purchase their own health insurance.”

How do employers get away with such violations? The answer is complex, involving anemic labor laws, lax enforcement of the protections that do exist and the savvy exploitation of both by companies in key industries. While some businesses misclassify their workers out of ignorance, others do it very deliberately, and have spent millions of dollars defending the practice.

A case in point is the port trucking industry, which was deregulated in the 1980s, leading to a proliferation of companies whose business model was predicated on the use of independent contractors. That model has resulted in a workforce of close to 75,000 truck drivers at ports across the country laboring in mostly abysmal conditions. Among the indignities endured by drivers are such neo-Dickensian schemes as negative paychecks — an inconceivable but well-documented occurrence in which drivers labor full time or more, yet actually owe money to the trucking companies they work for due to paycheck deductions for everything from truck payments to insurance to repairs.

In the last several years, port truck drivers and their labor, community and political allies have begun to successfully challenge misclassification, winning a series of legal victories, particularly in California. Every government agency that’s conducted an investigation into the practices of the port trucking industry — from the United States Department of Labor and National Labor Relations Board to the California Labor Commissioner and Economic Development Department — has determined that port drivers are employees, not independent contractors. The state’s labor commissioner alone has issued more than 300 decisions on misclassification of drivers in Southern California, and drivers have prevailed in every decision, winning over $35 million in back pay.

How can these successes be replicated and enhanced to end misclassification? Three strategies stand out:

• Litigation: The successful track record in California has proven that misclassification is vulnerable to sustained litigation. An important factor is whether elected and appointed officials are willing to aggressively pursue or support such litigation — if not, the efforts will yield far less favorable results.

• Policy changes: The enactment of policies that clamp down on misclassification, increase penalties and ban law-breaking companies from operating can have significant impact. However, as with litigation, this strategy depends on the presence of lawmakers willing to take on the issue.

• Worker organizing: In Los Angeles, port truck drivers frustrated with the exploitative conditions in their industry have waged a multi-year campaign to expose the practice of misclassification. That effort, which has included multiple strikes, has been supported by a broad coalition of community groups – a potent combination that has played a crucial role in challenging the trucking industry’s “independent contractor” business model.

Taking on misclassification is important not just to workers, but to businesses and taxpayers as well. In the current system, law-abiding companies are forced to compete with low-road operators, creating an uneven playing field. Likewise, the cost to taxpayers in lost revenues from employers that illegally misclassify workers as independent contractors is enormous, cheating government out of resources that could and should be used for the common good.

Reigning in worker misclassification and the abuse of so-called “independent contractors” is one of the more daunting challenges in taking on economic inequality. But any serious plan to address the nation’s economic divide must include an aggressive strategy to take on this costly epidemic.

Julie Gutman Dickinson is a partner with the union-side law firm Bush, Gottlieb. This story was cross-posted on Huffington Post.
Related Topics:gig economymisclassification of employees as independent contractorsOp-Edport truck drivers
Up Next