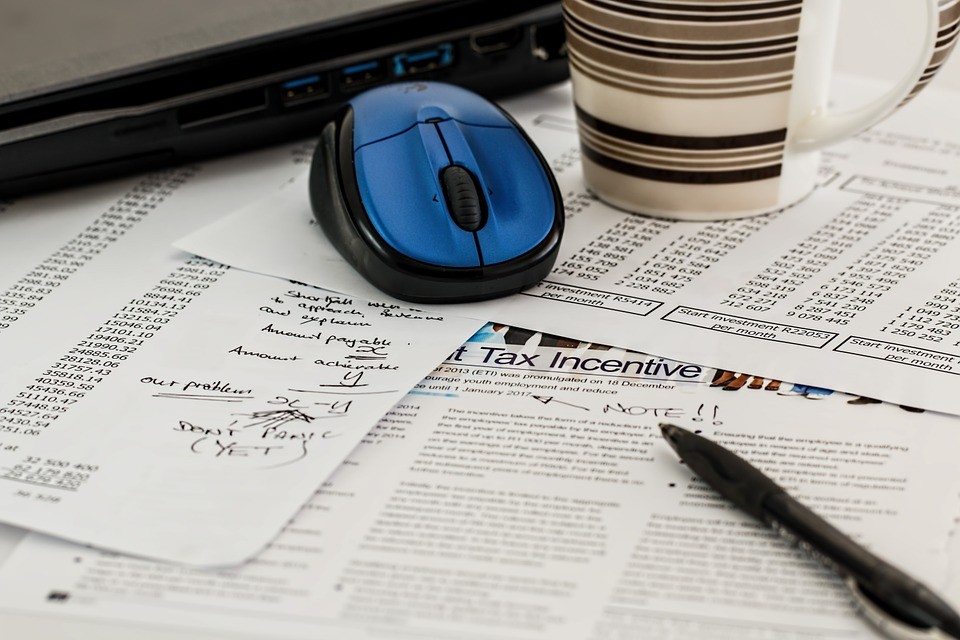 Tax Day is just over two months away, sending many of us on the annual scramble through files, check stubs and shoeboxes full of receipts.

Filing her taxes used to be a routine process for Tanya James – until 2008, when the Great Recession upended her financial life. Before then, she says, she was a solidly middle-class Los Angeles business owner who worked with clients on programs to manage their health and wellness. Tax preparation wasn’t a problem. “I could afford to go to a CPA and pay $350,” she says.

But after tough financial times hit, $350 became a big deal. James, a single mother whose adult son has a disability and lives with her, could not afford the fees.

She talks about the anxiety and sense of shame that came with looking for help filing her taxes.

“For people who are raised middle-class, there’s a perplexity when your lifestyle has changed,” she says. “Where do you go, where are the places you can trust?”

Then James attended a business networking event and got connected to tax prep support at the Koreatown Youth and Community Center (KYCC). She found free and trustworthy tax preparation, and a bonus—she learned about money that is available to her household through the Earned Income Tax Credit, a cash-back tax credit program. Instead of trying to find $350 she didn’t have to pay a CPA, she got a check from California EITC for $325 in tax credits.

“It really goes far,” James says. “You know how it is — there’s always a credit card payment or a car repair bill.”

The original, federal version of EITC was enacted four decades ago to increase the incomes of poor families and reduce the need for cash welfare payments. In 2015 it lifted some 6.5 million people out of poverty, 3.3 million of them children, according to the nonpartisan Center on Budget and Policy Priorities. Eligibility varies, but those earning under $54,000 are frequently eligible. The California EITC took effect in 2015, with the same purpose as the federal program.

But many of those eligible don’t know they have money coming to them. The County of Los Angeles reports that California residents miss out on claiming $2 billion in EITC money annually. The figures are similar elsewhere—26,000 families in Detroit that were eligible for the federal EITC failed to claim $80 million last year.

The KYCC, where James found help, is a local Los Angeles County partner in a statewide effort to connect tax filers with support and ensure that they collect the money coming to them from both the federal and California EITC programs. Other partners include the County Department of Consumer and Business Affairs, CalEITC4ME, the City of Los Angeles Housing and Community Investment Department, Citi Community Development and United Way of Greater Los Angeles. There are similar partnerships around the state.

One force behind the information campaign is entrepreneur and investor Joe Sanberg. (Sanberg sits on the board of directors of Capital & Main.)

When California first established EITC two years ago, he says, there was no state funding for outreach to inform those eligible that there was money on the table. The 2016-2017 state budget now includes $2 million for outreach and information, according to an email from the office of Governor Jerry Brown. The Department of Community Services and Development oversees the funds distribution. (New funding for a 2017-2018 education campaign depends on an evaluation that more outreach is needed.)

Sanberg founded CalEITC4Me to fill the first-year information gap. CalEITC4Me works by partnering with local community groups already working with low-income families. Taxpayers can use the tax prep locator on the CalEITC4Me.org website to find organizations offering free tax help. He says a family of four with a $14,000 income can recover as much as $2,000 from the state and $4,000 from the feds.

There’s another advantage: Tax filers avoid the tax preparers who offer quick-cash “refunds” on the day they file that are actually usurious loans with interest rates that can range from 40 percent to over 700 percent.

Sanberg adds that two-thirds of eligible Californians claimed their EITC rebate last year, a result of the information campaign that included large fairs with professionals available to help prepare taxes—and inform about EITC. This month there are one-time events in Riverside and San Bernardino Counties.

The Los Angeles County Board of Supervisors has voted to create the Center for Financial Empowerment to bring county resources together to step up local outreach efforts. The initiative was jointly introduced by Supervisors Hilda L. Solis and Sheila Kuehl.

“Claiming earned income tax credits can put thousands of new dollars in the pockets of low income women and men in the county and help them secure a more stable financial future for themselves and their families,” Kuehl said in a statement. “Every year, millions of dollars have gone unclaimed simply because county residents didn’t know about EITC or couldn’t get the help they needed to file the paperwork. This year will be different.”

Tanya James, the businesswoman, encourages others to seek out the available help: “I know there are other people out there—get over the shame and get into action mode.”

Photo of family by Alexander Dummer.