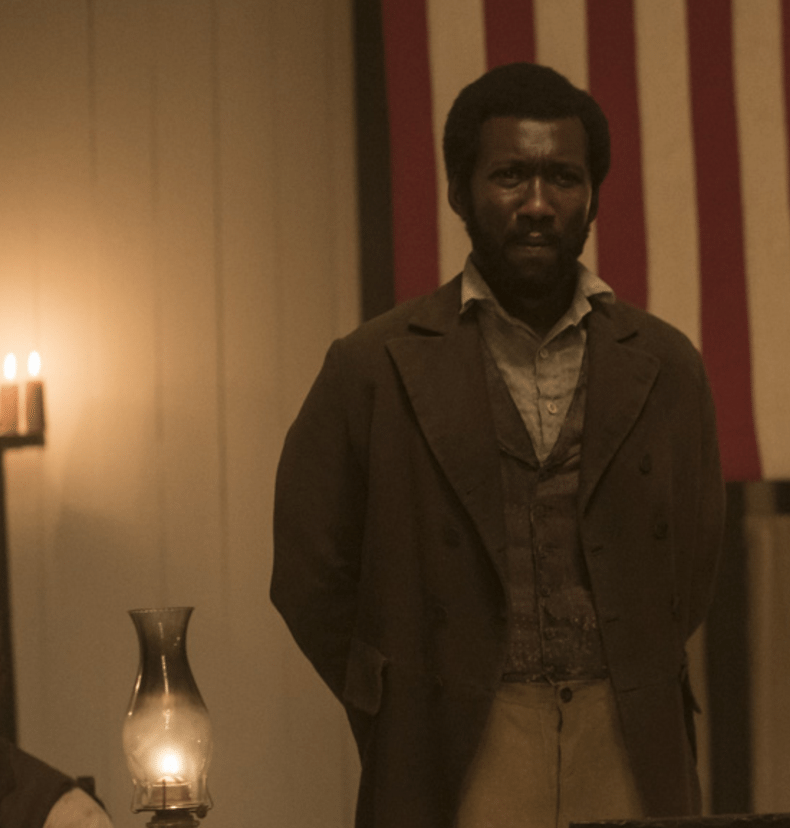 The relationship between professional historians and Hollywood has always been fraught. Pick any movie that has purported to be a “true story” about an important part of our past and invariably there will be an academic historian waiting just off camera to let anyone who will listen know that the “truth” has been mangled and distorted. Think of journalist and historian Stanley Karnow’s stinging rebuke to JFK director Oliver Stone, whose “cinematic crusade,” Karnow said, “often borders on the zany.” Stone is an easy target, but ask most professional historians and they will likely tell you to visit the library, not a movie theater, if you seek deeper understanding of America and the world around you.

One prominent filmmaker, Gary Ross (Hunger Games, Seabiscuit, Big) did go to the library in preparation for his new film, Free State of Jones. The film stars Matthew McConaughey as a Mississippi Confederate soldier who deserts the battlefield and allies himself with runaway slaves in an ongoing battle against rebel armies and plantation owners.

There is a “no blood for cotton” economic populism at the center of the story. Based on the life of Newton Knight, the script declares its cross-racial and class struggle themes straightforwardly. “We are fighting for them [plantation owners] so they can stay rich,” Knight proclaims to his African American and poor white allies.

Some reviewers have criticized the movie as another in a long line of “White Savior” films that feature a white protagonist who “leads” African Americans to freedom, or otherwise provides the wherewithal for them to fight their oppressors.

It’s a knee-jerk response. Other critics, including the prize-winning historian Steven Hahn, whose book A Nation Under Our Feet was a touchstone for Ross’ story, praise the film for challenging misconceptions about the Civil War and Reconstruction while suggesting a “way forward” towards racial understanding and progressive collective struggle. Cornell Brooks, president of the NAACP, called Jones “A powerful and poignant film about war, race, freedom and love.”

Ross, who could have advanced a lucrative career directing Hunger Games sequels (he directed the franchise’s first film), chose to take two years out of his life to study the scholarship of the period. What he read and found is available on an elaborate website that accompanies the movie. (Do you really think Steven Spielberg, rather than his staff, read all those books on Lincoln in preparation for his movie?)

The “labor question” was a central battleground between former masters and slaves.

One of the critical insights that Ross embraces, articulated by Hahn, Eric Foner and other scholars, is that while slavery was a system of brutal racial domination it was also a system of labor that a distinctive Southern ruling class fought to sustain. Foner’s landmark book, Reconstruction, points out that the “labor question” was a central battleground between former masters and former slaves.

In one Reconstruction-era scene from the movie, numerous ex-slaves are shown toiling in plantation fields under conditions of gang-labor not dissimilar from their pre-emancipation state. In another scene, a local plantation owner has stolen an African American child away from his parents into “apprenticeship.” Constitutionally no longer a slave, the child is nonetheless enmeshed in elaborate forms of legal subjugation through restrictive “contracts.”

Whoever controlled the state controlled the law, and who controlled the law controlled the land and the methods by which labor was disciplined and controlled. How and under what work and payment arrangements does the cotton, tobacco or sugar get harvested, particularly if a massive distribution of land is not forthcoming? Former slaves, as well as the plantation oligarchy, saw this dilemma with stark clarity.

After Radical Reconstruction was overthrown, large landowners and planters were able to deny African Americans access to productive land, capital and political power. Economic and political might was underwritten by paramilitary violence.

The movie depicts that pervasive violence clearly. A Union League delegation of poor whites and former slaves is shown marching to a polling station, guns in hand. They move through a phalanx of hostile white men – most likely former Confederate soldiers – who are also armed.

The scene may seem jarring – after all, we have much more sophisticated ways of disenfranchising African Americans today. But it reinforces the reality that the exercise of political and economic power in the slave and post-Reconstruction South was built and sustained by violence.

In his chapter on paramilitary politics in A Nation Under Our Feet, Steven Hahn points out that the Ku Klux Klan, which in various forms rampaged through the South during and after Reconstruction, was an extension of, and built on, the traditions of the slave patrol system that policed the African American population in an earlier period. The Klan was a “guerrilla movement,” Hahn writes, dedicated to “avenging the consequences of the official surrender.”

If the paramilitary organization was fundamental to slavery, it should be no surprise that some form of paramilitary action was also part of the aspiration for freedom.

Someone else can critique the acting of Free State of Jones. But I was fascinated and appreciative of Ross’ attempt to wrestle with these weighty issues of our past and to point out how impossible it is to cut ourselves off from that past simply by designating it as “history.” I can just hear Ross, in initial pitch meetings, struggling with how best to explore these critical moments in our nation’s past in a 60-second elevator speech.

In one of his last books the great historian of the South, C. Vann Woodward, sardonically reflected on the “volunteers” from film and television who where all too willing to take over the historian’s task. He cautioned against pandering to the absurdities, delusions or the desire for solace that many people wanted a skewed version of our history to provide.

Woodward was a famously talented writer who encouraged historians to approach their craft in a way that would “gain and hold attention” of a harried audience that might be “picking up hat and coat and silently departing.”

There is an active role that historians must play in narrating the influence of the past upon the present, and the present upon the past. Gary Ross has accomplished that fundamental historian’s task in Free State of Jones.[divider]Books discussed and referenced in this article: Mark C. Carnes, Ed., Past Imperfect: History According to the Movies; Eric Foner, Reconstruction 1863-1877: America’s Unfinished Revolution; Eric Foner, Nothing But Freedom: Emancipation and Its Legacy; Steven Hahn, A Nation Under Our Feet: Black Political Struggles in the Rural South from Slavery to the Great Migration; Steven Hahn, The Political Worlds of Slavery and Freedom; C. Vann Woodward, The Future of the Past.

Related Topics:slaveryU.S. Civil War
Up Next

Is the Middle Class Being “Disrupted” Into Extinction?