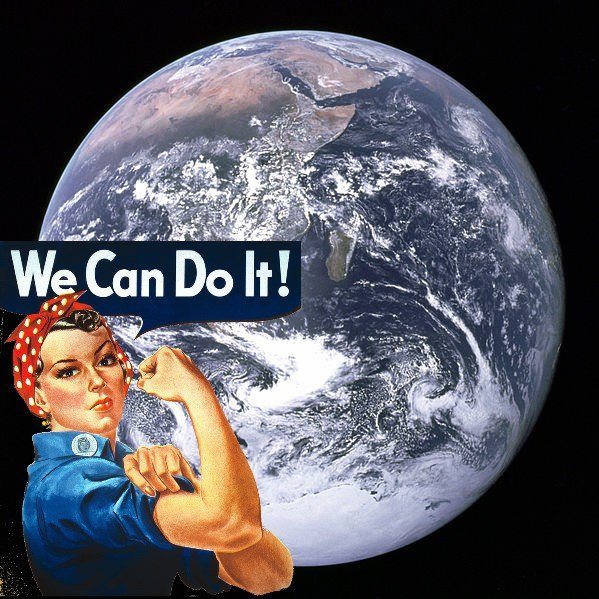 Sometimes religious people tend to be slower to adapt to changes coursing through the culture, especially with concerns about human-caused climate change. Even though polling shows Catholics, for example, to be slightly ahead of the national curve of global warming awareness, further inspection reveals that only 53 percent of white Catholics think climate change is a critical or major problem, although 73 percent of Hispanic Catholics do. These figures were measured a year ago, but there are signs that most church members aren’t even aware of the Pope’s environmental Encyclical, released this past June.

Those figures still fall short of the nation as a whole. Some 91 percent of Democrats, 78 percent of independents and even 51 percent of Republicans think the government should be doing more about climate change. One would think that’s too awesome a majority for a deadlocked Congress to ignore.

Even 51 percent of Republicans think the government should be doing more about climate change.

Meanwhile, many in those majorities appear not to be waiting for someone else to take action. Across the country – and around the world – people are making changes in the ways they live. Personal decisions to use public transportation or to replace incandescent light bulbs with compact fluorescents are being added to many people’s bucket lists. Friends of mine have put solar panels on their roofs — the installation costs them nothing up front, and they now earn money selling their surplus to the power grid. When you think about the rooftops and parking lots across this urban region, you wonder why large solar panel projects are only considered for the desert.

Some homeowners have channeled their houses’ graywater into irrigation for lawns and landscape. Another friend took a utility rebate to plant indigenous vegetation instead of grass. It’s relatively more expensive at the beginning, but it saves money in the long run and uses water otherwise going into the waste system.

Californians have saved enormous amounts of water in recent months: a 27 percent reduction in June, followed by a 31.1 percent cut in July, according to the Los Angeles Times. That amounts to more than two proposed state dam projects combined. If we can take water seriously in a crisis – saving water and energy – we can do more on other fronts as well.

But perhaps what we need to do more than anything is talk about global warming. According to the National Catholic Reporter, a spring study showed that about 19 percent of Americans hear about climate change through the media weekly, but only four percent talk about it in their peer groups. We know that human behavior changes when friends talk. If that’s the case, we have a long ways to go.

On the other hand, I am encouraged by what neighbors do together. Some people have been actively taking back the streets from cars. Many of us know about citywide bicycle days on designated streets, but pop-up green spaces in parking spots are not just a phenomenon of arts district impresarios in Los Angeles. They are happening across the country. Some are temporary, some become permanent. A friend in Washington, D.C. started spring plantings in the parkways in the neighborhood business district. They quickly became so popular – adding beauty and cooling the sidewalks – the merchants hired him to do more. Now he has a business.

Businesses that take human-caused climate change seriously appear to be making money too. The Los Angeles Times recently focused a story on a Costa Mesa company turning methane from manure into plastic. You can find entire wardrobes of eco-friendly clothing online. And investors seem impressed by Google’s efforts to go green by:

Nations can lead the way, too. Across the planet, wind energy plays a larger role than ever, and the U.S. is on target for the biggest solar energy year yet. But Costa Rica gets the prize: It went 94 days in a row this summer using only renewable energy sources. Earlier in the year that nation went 75 consecutive days without drawing on fossil fuels.

This did not happen by accident. As Pope Francis’ Encyclical notes, it takes intentional national public policies, as well as conscious decisions by businesses, groups and individuals to reverse human-caused climate change. Hopefully the Pope’s visit has helped more of us understand the dimensions of the problem and how we can make a difference. Just maybe more people will be talking about it.