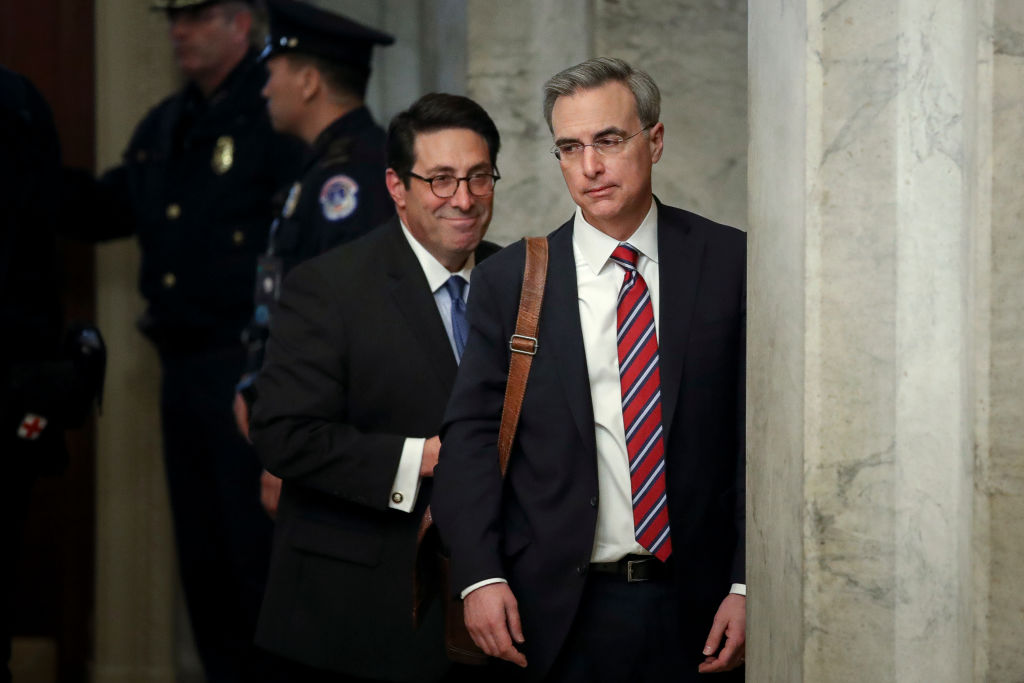 Capital & Main: President Trump’s defense has wrapped up three days of its case and now it’s onto questioning. Regarding potential witnesses: Did Trump waive any executive privilege by very publicly calling Bolton a liar?

Could the Supreme Court rule on this?

It’s enormously complicated. If Trump would invoke executive privilege and keep Bolton from testifying if he was subpoenaed, the first question would then be, would the Senate uphold executive privilege? It could then go to the courts and we’d have to start in the federal district court. The Supreme Court could say it’s entirely up to the Senate as to what to do, or the Supreme Court could resolve the issue. It’s just unclear.

The president’s lawyers and most of the GOP now say, “We shouldn’t even be doing this. Trying to remove a president in an election year undermines the will of the voters.” Some senators in the Andrew Johnson trial voted for acquittal based on this argument. Does this have any merit?

There are some contradictions too between what the Justice Department is saying and what Trump’s lawyers are saying. Trump’s lawyers have been criticizing the House for not going to court to obtain more evidence, but the DOJ says the House’s committee managers may not seek to enforce subpoenas. Are either of them right, and is this apparent contradiction a problem for the process?

If the House of Representatives wanted to go to court to force the subpoenas, they would have to have the United States Department of Justice do that for them. The House believed that the Trump Justice Department would not go to court for that. The House couldn’t have tried to invoke its inherent contempt power. It hasn’t been used since the early 1930s, [when] the House would either fine someone or lock the person up in the basement of the House until the person was willing to testify. But it is correct that to go to court to enforce a congressional subpoena requires an action of the Justice Department.

Last December a House member voted for one article and not the other. Is that possible in this case, that someone wants to split the baby in half? Because it seems to me that with the two articles of impeachment, abuse of power and obstruction of Congress, one flows to the other. Can you vote for one and not the other?

I think it’s very possible to vote for one of the articles but not the other. For example, someone could say, “I don’t think that what President Trump did, withholding aid, rises to the level of an impeachable offense, but his absolute refusal to comply with congressional investigations is an abuse of power that warrants impeachment.” Or someone could say the reverse and say, “I think the withholding of the aid, using his office for personal political gain is impermissible, but I don’t want to see impeachment removal done for not complying with congressional subpoenas.” Obviously also, somebody could find both articles of impeachment to be a basis of removal – or neither.

Some GOP Senators are saying, “Okay, if we have witnesses, we want to call Hunter Biden.” How is he even remotely relevant to the two articles of impeachment that they’re going to vote on?

In one sense, Hunter Biden is totally irrelevant to this. On the other hand, it’s clear that what this was about was trying to embarrass Joe Biden in a way to harm his political campaign, and calling Hunter Biden would certainly be part of embarrassing Joe Biden. What the Republicans would say is that this was all about President Trump doing his job as president and trying to uncover corruption in the Ukraine.  The evidence is overwhelming that Hunter Biden [and] Joe Biden did nothing wrong. And yet, I think it’s the way in which the Republicans are going to try to shift the focus that hurts Joe Biden.