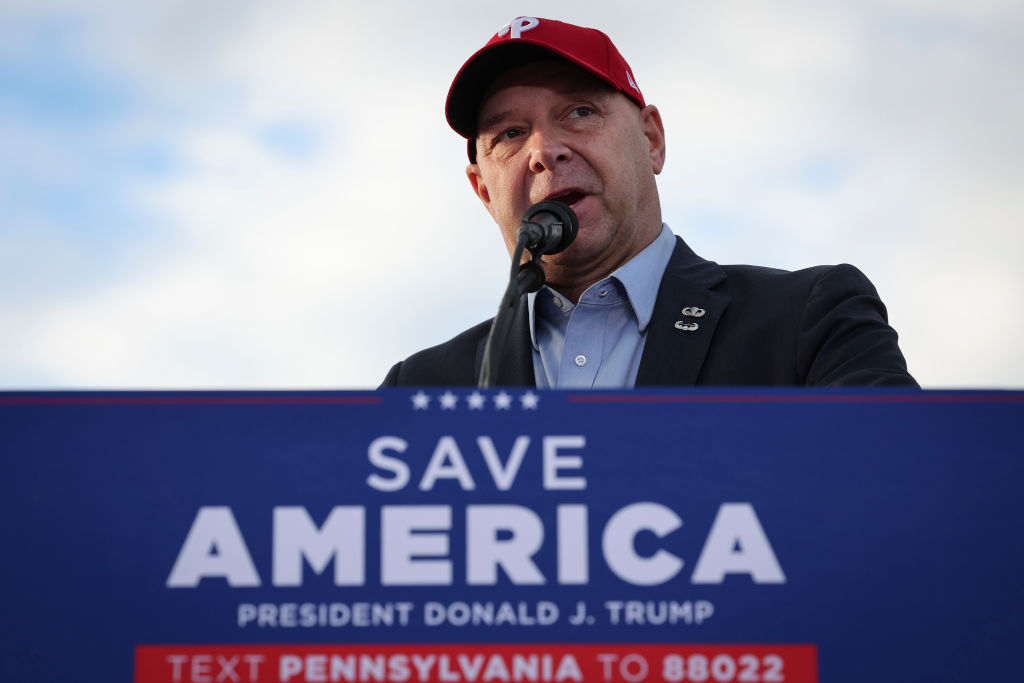 This year’s gubernatorial election has environmentalists in Pennsylvania on high alert. Current state Attorney General Josh Shapiro, a Democrat, has generally been praised by activists Environmentalists for his environmental record, though as Capital & Main has reported, he’s waffled on fracking. He’s locked in a tight race with Republican candidate Doug Mastriano, a state senator, who has been outspoken about his desire to unshackle the energy industry. Mastriano has vowed that “on Day One, we are going to drill and dig like never before, and we’ll do it responsibly.” He plans to speed up the permitting of oil and gas production, open state-owned lands to drilling and undo expansive environmental regulations.

Much of Mastriano’s agenda is clear from legislation he proposed as a state senator, the PA Energy Independence Act, which he says was developed “with our friends in the energy sector.” The controversial bill, which never made it out of committee, would end current Gov. Tom Wolf’s ban on leases for natural gas and oil development on lands owned by the state. The bill would also boost the fading and environmentally hazardous coal industry by exempting plants in the Keystone State from the federal Environmental Protection Agency’s wastewater and air pollution rules.

As senator, Mastriano has also supported a number of controversial bills, including HB 2644, which Capital & Main previously reported will kneecap the state’s ability to address its orphaned and abandoned wells by letting polluters off the hook for true plugging costs. He also supported a bill that would have prevented municipalities from enacting bans on new natural gas hookups in buildings.

Environmentalists’ concern is heightened by the likelihood of a Republican-controlled legislature, highlighting the possibility of an “environmental freefall.” PennEnvironment Executive Director David Masur notes that enough of those lawmakers are likely to support Mastriano’s anti-environmental policies: “We will likely see a floodgate of anti-environmental policies that promote more fossil fuel burning, strip local communities’ ability to promote clean energy or tackle plastic waste, put our public lands at risk and increase pollution that will end up in our rivers and streams.”

Mastriano has repeatedly announced his intention to pull Pennsylvania out of RGGI. The Regional Greenhouse Gas Initiative is a multistate compact that is expected to reduce the state’s carbon footprint by 225 million tons over the next eight years. And he’s pushed for new limits on the ability of municipalities around the state to establish their own climate policies.

The industry has strongly backed Mastriano with campaign donations and rhetoric. In a fiery op-ed, the publisher of the Marcellus Drilling News took aim at Shapiro, calling him a “hateful individual,” and emphasized that “Mastriano absolutely must defeat Shapiro and the reasons are not limited to natural gas policy.”

Mastriano’s strong support for fracking has sometimes involved downplaying its risks. As Capital & Main previously reported, Mastriano has claimed that “99.9% of fracking wells in Pennsylvania are safe,” which contradicts evidence of health risks associated with exposure to fracking, including a recent Yale study that tied increased childhood cancer risk to fracking. The candidate also recently accepted $30,000 in campaign donations from Range Resources, a natural gas giant that drilled the first Marcellus Shale well in 2004.

Mastriano says his plans extend to using Pennsylvania’s natural gas to help Europe address its energy needs amid the Ukraine war. Noting that Germany and other European countries still get much of their gas from Russia, Mastriano said at an event recorded and posted to his Facebook page that he’s eager to “build a pipeline to Philadelphia” and a natural gas terminal in the Delaware River,  to export gas to Germany, Poland and Lithuania. He did not expound upon these plans, and his campaign team was unable to identify where and when the recorded event took place.

Despite the candidate’s outsize ambitions for the state’s energy sector, not every expert is convinced that drilling will significantly increase under a Mastriano administration. “I would not really expect a victory of either candidate to have a significant impact on the level of production in Pennsylvania,” says Shannon Smith, executive director of FracTracker, a nonprofit that maps oil and gas development. “Under Shapiro, I think it would be definitely more likely that bad actors would be held accountable to some degree. But that doesn’t mean that there aren’t going to still be bad actors.”

And Masur notes that though Mastriano’s expected rollback of regulations will help the fossil fuel industry, it’s difficult to say how he can increase production, comparing it to the continued decline of coal production despite President Trump’s pro-coal rhetoric.

“While it’s meant to spur more fracking and coal mining, and burning more fossil fuels, it’s honestly hard to predict what would happen — the market forces are so strong right now in the other direction (fossil fuel consumption is so expensive, from cradle to grave) that these rollbacks may slow down our transition to a new energy economy without fully turning the ship back towards a fossil fuel economy,” wrote Masur in an email to Capital & Main.

The rise in concern among environmentalists is matched by their spending on campaign ads. The Conservation Voters of PA Victory Fund, together with the League of Conservation Voters Victory Fund, are on track to spend almost triple what they spent in 2020 in the state, which is notable considering that a presidential election year tends to attract more attention and money than the midterms. So far, they’ve spent $3.2 million to run ads and conduct Get Out the Vote efforts for the gubernatorial, U.S. Senate and down-ballot races this year, compared to $1.2 million in 2020.