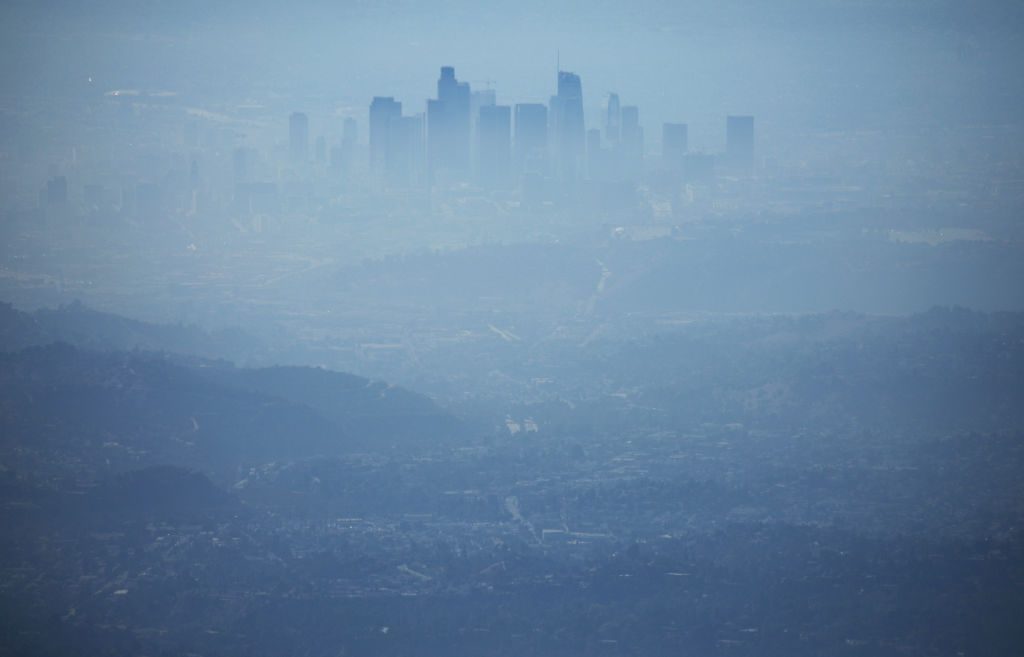 Though several state agencies are getting better at administering policies to protect California’s low income populations and communities of color from environmental degradation, many still leave much room for improvement. That’s the main takeaway from the latest Environmental Justice Agency Assessment by the California Environmental Justice Alliance (CEJA), a community-led advocacy organization, which identified the agencies responsible for food safety and agriculture, air quality and toxic wastes as the state’s worst performers.

Indeed, while environmental justice has “risen in prominence” in Sacramento in recent years, said Ingrid Brostrom, the Center on Race, Poverty & the Environment assistant director and co-author of the report, “when you go to the different communities that have been harmed over the years by pollution, by disproportionate impacts, and by agency action and inaction, the improvements aren’t yet being felt on the ground.”

The worst grade—a D-minus—went to the California Department of Food and Agriculture, which is tasked with food safety and promoting the agricultural industry.

The report, the Alliance’s fourth, focuses primarily on eight state agencies, grading them on an A-D scale—with F for fail—according to basic principles of environmental justice. California’s Strategic Growth Council (SGC), which oversees multi-agency efforts surrounding economic and quality of life issues, received the report’s sole A grade, an A-minus.

The worst grade—a D-minus—went to the California Department of Food and Agriculture (CDFA), tasked with food safety and promoting the agricultural industry. The department’s environmental justice shortcomings mean that it has historically lacked “effective and meaningful engagement with communities of color, and communities that are burdened by agricultural pollution,” according to the report.

The 2017 Farmer Equity Act has benefited socially disadvantaged farmers, providing them with better access to technical assistance grants, the report favorably notes. At the same time, the authors are highly critical of the department’s continued support of a dairy digester program, casting doubt over the program’s greenhouse gas emissions accounting while arguing that it encourages further dairy industry consolidation.

In an email statement to Capital & Main, the department touted its 2018 hiring of a Farm Equity Adviser, along with its Spanish-language outreach efforts. “The California Department of Food and Agriculture is committed to justice and equity in all aspects of its operations,” the statement read.

“They have the power to do a lot of things,” Neena Mohan, the Alliance’s Climate Justice Program associate, said of CARB’s regulatory leverage. “Just oftentimes it’s not exercised.”

The Department of Toxic Substances Control’s funding deficits, which shift the financial burden from the polluters onto the taxpayers’ shoulders, is a “significant failure,” the report states.

According to David Clegern, a CARB spokesperson, while the needs of disadvantaged communities are an agency priority, “We agree environmental justice is urgent and that more must be done to address the disproportionate environmental impact on California’s most vulnerable communities.”

A long history of organizational failures has meant that the Department of Toxic Substances Control (DTSC), responsible for protecting Californians from exposure to toxic wastes, has fostered “community distrust” towards the agency, the report finds. The department’s funding deficits, which shift the financial burden from the polluters onto the taxpayers’ shoulders, is a “significant failure,” the report states,  while it also highlights ongoing efforts in Sacramento for a major agency overhaul.

Meredith Williams, the DTSC director, pointed to Gov. Newsom’s proposed reform plan, including a new oversight board. “These reform proposals will set the department up for long-term success, and allow us to meet the changing needs of our state as we work to protect the people and environment of California from toxic harm,” she wrote in an email.

In handing the SGC an A-minus, the report lauds the agency’s approach to community engagement, highlighting a research summit it held to foster stronger relationships among government officials, academics, community-based organizations and residents. The SGC serves as a model “that other state agencies and departments should follow,” the report finds.

The continued fallout from the coronavirus pandemic will make pollution prevention efforts within disadvantaged communities—those hit hardest by the disease—especially important, warned Brostrom. She is concerned that companies will push deregulation on grounds of economic hardship at the same time pollution has been known to exacerbate COVID-19. That sort of inequity is what “environmental justice has been combating forever,” she said.

Related Topics:California Air Resources Board (CARB)Department of Toxic Substances ControlFeatured
Up Next