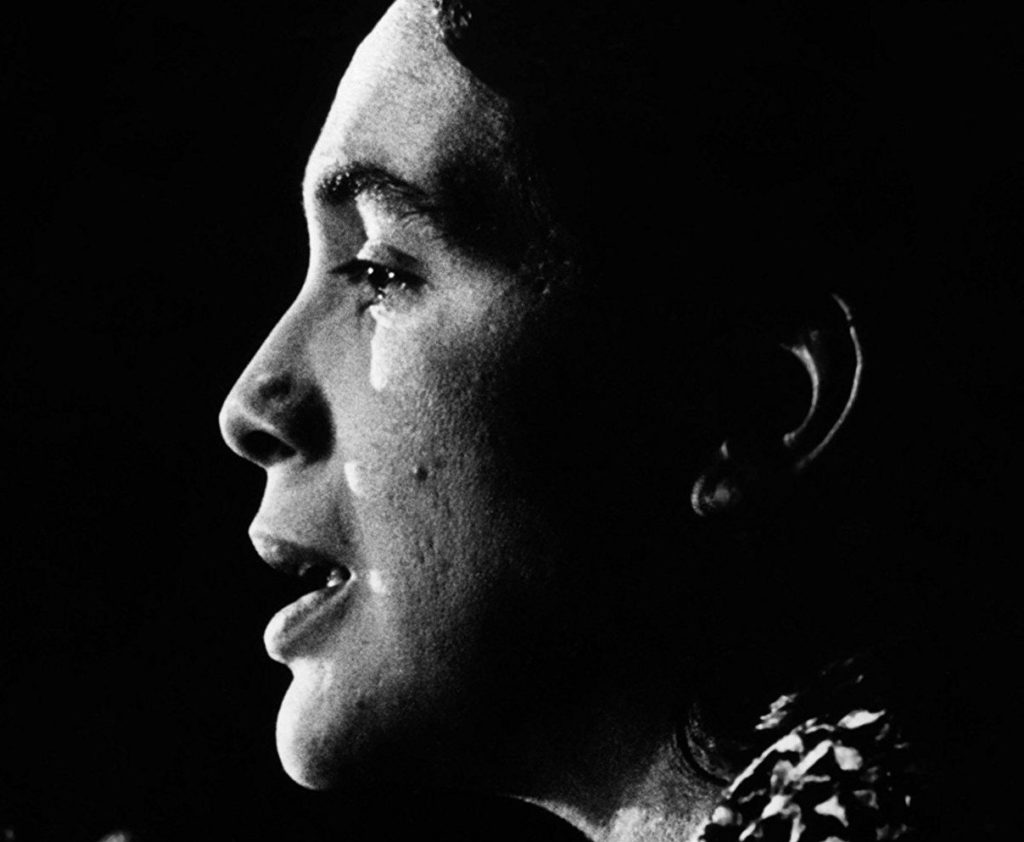 While Martin Luther King Jr. and Cesar Chavez are ubiquitous in history textbooks, Huerta is most often sidelined. Many people, then and now, took her to be Chavez’s subordinate or assistant.

Labor activist and social justice crusader Dolores Huerta was participating in a 1988 protest in San Francisco when police descended on the demonstrators with tear gas and batons. Huerta, then 58, was among those brutally assaulted when an officer drove a baton with full force into her torso. Her internal injuries were extensive. She suffered three broken ribs, her spleen was shattered and had to be removed, and she spent months in recovery. But the indomitable Huerta recovered to again assume center stage in the ongoing battle for workers’ rights.

Footage of the assault on Huerta and other protesters is replayed in director Peter Bratt’s dynamic and informative film Dolores, a U.S. entry in the documentary category at Sundance, which will have special screenings September 8-14 at Los Angeles’ Nuart Theater. A mix of archival imagery and interviews with Huerta, her family and such prominent figures as Gloria Steinem, Angela Davis and Luis Valdez, the documentary portrays her as a pivotal yet relatively uncredited luminary in labor history.

While Martin Luther King Jr. and Cesar Chavez are ubiquitous in history textbooks, Huerta is most often sidelined, her name even expunged from some high school curricula after she opined that “Republicans hate Latinos.” Many people, then and now, took her to be Chavez’s subordinate or assistant. Arizona’s state superintendent of public instruction, Tom Horne, once called her Chavez’s “girlfriend.” In fact, she co-founded the United Farm Workers and was equally instrumental in positioning its cause, via legislation, on the political map. It was she, not Chavez, who coined the slogan “Sí se puede” — the rallying cry for striking farm workers, later adopted by Barack Obama’ s supporters in his 2008 campaign for the presidency.

Co-written by Bratt and Jessica Congdon, the nimbly-paced Dolores begins by establishing a historical context for the farm workers’ movement as rooted in the same endemic racism that fostered slavery and Jim Crow. That narrative is then interwoven with the story of Huerta’s growing involvement.

In a midlife interview, Huerta explains how, as a teenager, she was already aware of the violent acts perpetrated on people of color. Married in college, she grew restless in the conventional role of wife and mother. After she met activist Fred Ross, a labor strategist who introduced her to Chavez, there was no going back. The film also highlights her bond with Robert F. Kennedy, who shared her populist views, and replays that moment when he stood onstage at Los Angeles’ Ambassador Hotel in 1968—with Huerta only a few feet behind him–to celebrate his victory in the California Democratic presidential primary. Minutes later, he was mowed down by an assassin as he made his way down a corridor. His death was a blow to the movement, and to her personally.

Throughout her career, photos of Huerta show her posing with a group of otherwise male colleagues. Her gender was a thorny issue from the beginning, not only among her opponents, who attacked her for abandoning her family, but among her colleagues, who bypassed her for the UFW presidency after Chavez’s death. In numerous interviews, several of her now-adult 11 children speak of the anger and hurt they felt when they were growing up because their mother was always away.

But Huerta’s personal sacrifices and those her family suffered through won rewards for others by focusing public attention on the plight of a hitherto voiceless and disenfranchised group of people. And while Huerta’s anti-abortion views initially created a barrier between her and feminists like Gloria Steinem, that relationship changed because, as Steinem noted, they had too much in common for any barrier not to fall. Reflecting on Huerta’s contributions, Steinem said, “I know that she set me on fire in terms of racial injustice. I would not have been able to see what is hidden in the fields of our country without her.”

While Dolores illuminates important history, what’s most striking about the film is how the gentleness, immediacy and down-to-earth qualities of its subject shine through — even when, on the podium, she exhorts her listeners to action, urging “Abajo!” to violence, racism, sexism and fascism. Huerta was disdained by the likes of right wingers Rush Limbaugh and the smug Bill O’Reilly (“I’ve never heard of this woman”), but the film makes clear that she is that sort of exceptional American who may never score a monument but is every bit a hero.