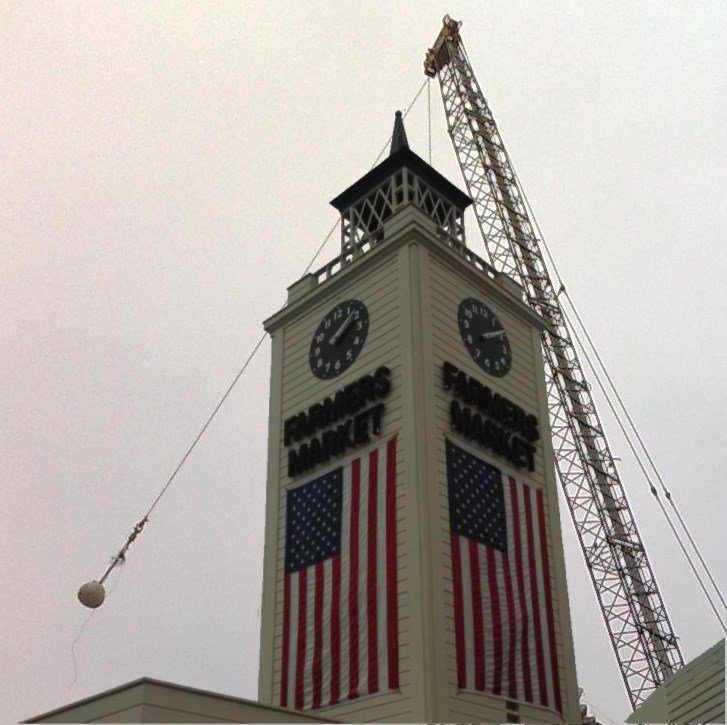 Steven Luftman did not have much to feel good about last Tuesday as he stood in the TSA line before catching a flight from Sacramento to Los Angeles. After all, he was in the process of being evicted from his Fairfax District rental under the state’s Ellis Act, a law that speculators often use to kick out longterm renters from their homes in order to redevelop a property for higher profits. But then Luftman realized who he was standing behind: Matthew Jacobs, the man responsible for his eviction.

Hours before, the two had squared off during the July 14 meeting of the California Housing Finance Agency (CalHFA) in which Jacobs, an agency chairman who had been facing mounting criticism for his efforts to evict dozens of tenants who live in complexes in Los Angeles’ Beverly Grove and Fairfax neighborhoods, announced he was quitting the agency.

“He was right in front of me — I couldn’t believe it,” Luftman tells Capital & Main. Luftman didn’t hesitate to give Jacobs a piece of his mind.

“I told him he had to stop the evictions. He brusquely replied, ‘It’s too late, people have moved on.’”

While Jacobs’ leaving CalHFA was welcome news to affordable housing activists, it did nothing, as his comment to Luftman suggested, to help the Beverly Grove and Fairfax area residents who are facing eviction and the demolition of their homes to make way for upscale housing.

Capital & Main recently reported on a demonstration that drew a feisty crowd of around 60 tenants and activists to the front of Jacobs’ Fairfax District home-office, which is located not far from some of the buildings his real estate development company, Bulldog Partners LLC, is demolishing. (Among the boasts that appear on Bulldog’s spartan website: “We fix problem buildings.”)

Renters face eviction and demolition of their homes to make way for upscale housing.

Jacobs, who declined to speak for this story, elaborated on his pending departure in a terse email sent to the East Bay Express, in which he stated, “My term on the board of CalHFA ends in September, and I will not be seeking reappointment. I am proud of the great progress the agency has made during the past three years.” Apparently someone—perhaps Jacobs— at last realized that there was something slightly off, perhaps unethical, about holding the top spot in a government agency that is supposed to promote affordable housing, while being involved with a company that profits from tearing down rent-controlled buildings and replacing them with luxury living accommodations.

In a press release from the statewide renter’s rights group Tenants Together, executive director Dean Preston said, “California tenants have successfully forced Matthew Jacobs out of his leadership position at CalHFA . . . Ellis Act evictors like Jacobs have no place making affordable housing policy in this state.” Jacobs’ announcement was made possible through the combined efforts—and pressure—of Tenants Together and its L.A. member organization, the Coalition for Economic Survival, whose activists mounted an intense letter-writing campaign to Governor Jerry Brown, and were represented by a small group at last Tuesday’s meeting.

For Luftman and other affected tenants in the Beverly-Fairfax community, Jacobs’s departure is something of a bright cloud with a dark lining. There are still people who are fighting eviction, and the planned razing of their buildings is proceeding.

Still, Luftman is able to savor the moment he got to personally  question Jacobs at Sacramento’s airport.

“I asked him,” Luftman says, “if he planned on attending any of the neighborhood tenant meetings, and he said he couldn’t because he has a baby,” to which I replied, “’Well, at least your baby doesn’t have to worry about being evicted.’”