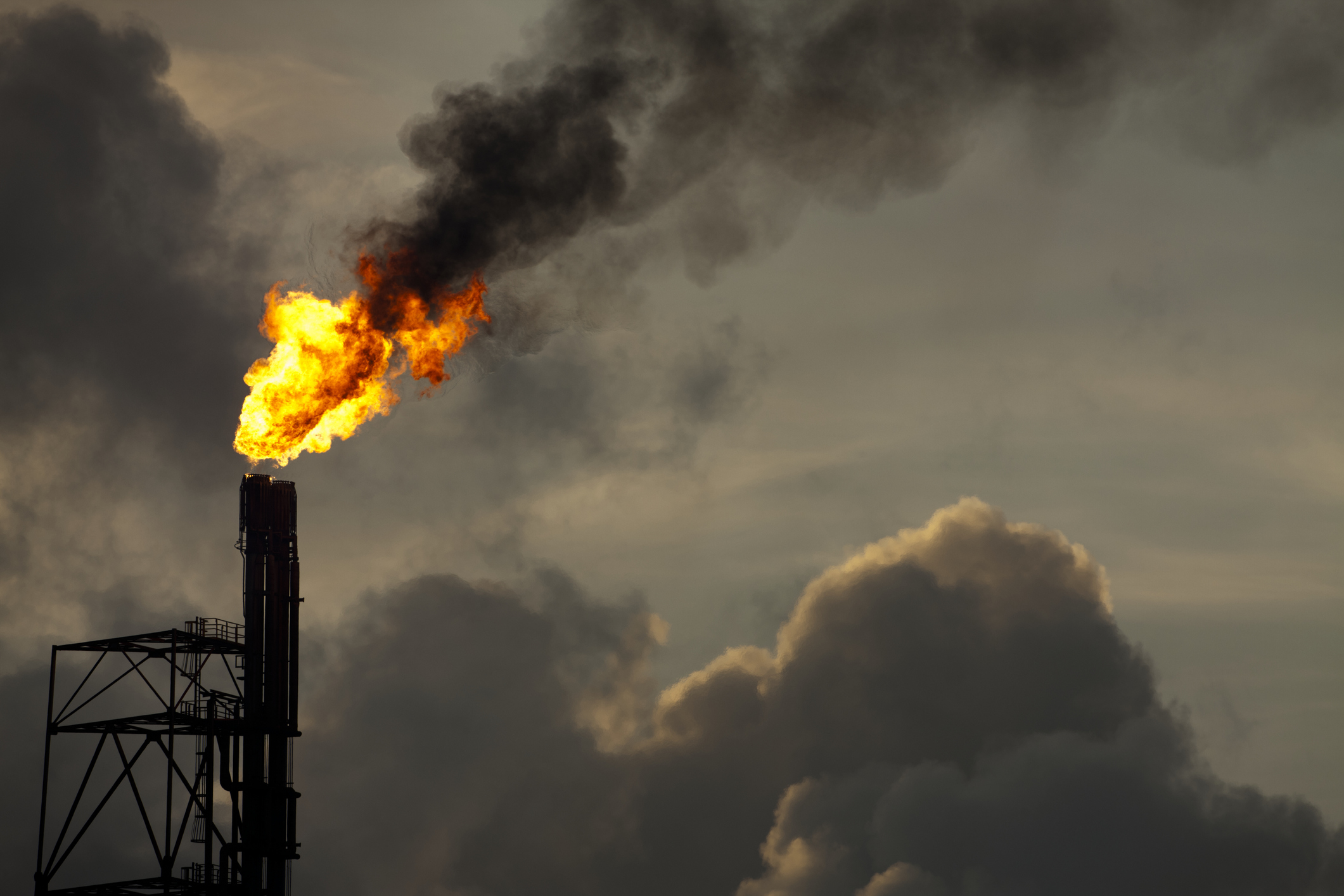 Legislation supported by air regulators in Los Angeles and the Bay Area would increase fines for oil and gas refineries that emit excessive pollution, after years of data indicating that current penalties aren’t stopping the problem.

But the bill, AB 1897, has proven controversial. It barely passed out of the California Assembly last month, with some Democrats among lawmakers who abstained or voted against. The Western States Petroleum Association and other business groups sent out an alert on the Assembly floor urging legislators to shoot it down.

Regulators say the legislation is necessary amid a yearslong increase in pollution violations. And residents who live near polluting refineries say it’s not enough.

California’s oil and gas refineries are among the largest sources of greenhouse gas emissions in the state.

In the Bay Area — home to massive refineries owned by Chevron, Valero and Phillips 66 — all notices of violations surged in 2021, while “Title V” violations — which are issued when a refinery’s pollution exceeds federal standards — have been on a general rise since 2018. Refineries have also vented more global warming gasses into the atmosphere since 2004, with Chevron showing a huge increase in the volume of gas released by “flaring” from 2017 through 2020.

California’s oil and gas refineries, mostly concentrated in the Bay Area, the far southern San Joaquin Valley and Los Angeles, are among the largest sources of greenhouse gas emissions in the state. The facilities emit dozens of air contaminants toxic to human health.

Relatively small fines have “just become a cost of business for some of these refineries,” according to Alan Abbs, the Bay Area Air Quality Management District’s legislative director.

A $10,000 fine for refineries has been in place for almost 20 years. “We are trying to come up with a penalty structure that they would at least take more seriously,” Abbs added, even though a lot of residents “rightly say no penalty amount could compensate [their] community for what’s been done.”

The legislation would increase the initial fine to $30,000 and jacks the potential penalty up to $100,000 for any subsequent violation in the next 12 months, though companies would have a chance to explain why it should be lower. A companion bill, AB 2910, would also increase certain penalties for smaller polluters such as rendering plants, in which dead animals are recycled into various products and foul residents’ air with sickening odors.

Both bills will go before the Senate Environmental Quality Committee and the Senate Judiciary Committee this month. While both committees include many legislators who’ve received high marks from environmental justice advocates, there are also several who may push back on the legislation — including some Democrats.

“The fines that are being proposed are way too little to actually be a disincentive for these refineries to continue with their illegal and immoral behavior.”

~ Andres Soto, Communities for a Better Environment in Richmond

The legislation is likely to sail through the Environmental Quality Committee, though the vice chair, Patricia Bates (R-Orange County), is a staunch defender of fossil fuels and has personal investments in an Oregon gas utility with a storage facility near Fresno. On the Judiciary Committee, there are four members who’ve previously opposed or been on the fence regarding oil and gas regulations.

One of them is Democratic Sen. Bob Hertzberg (San Fernando Valley), whose abstention on a different committee helped sink a bill last year that would have created buffer zones between homes and oil wells. Hertzberg said last year he preferred that Gov. Newsom take executive action over legislating new regulations. A spokesperson didn’t return a request for comment by publication time.

It’s not yet clear whether the bill will prove as contentious on the Senate floor as it did in the Assembly.

For Andres Soto, an organizer with Communities for a Better Environment in Richmond, the proposed penalties don’t go far enough to prohibit or remedy damage caused by the oil and gas industry. Ten years ago, about 15,000 people sought medical help for breathing problems, chest pains and other ailments after an explosion at the city’s Chevron refinery. The company paid $2 million to Contra Costa County and air regulators that year for the fire, in addition to $278,000 to the air district for other violations.

“The fines that are being proposed are way too little to actually be a disincentive for these refineries to continue with their illegal and immoral behavior,” Soto said. “The fact that there are Democrats on the fence really speaks to the power of the oil industry and its control over the state Legislature in a petrostate like California.”