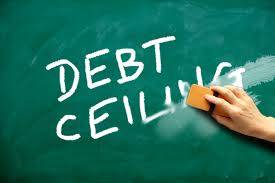 All the usual suspects are giving us all the usual warnings about the disaster that would ensue if the government defaults on its debt. Much of what they say is undoubtedly true; it would create a huge amount of fear and uncertainty in financial markets.

Look for stock and bond prices to tumble and interest rates to soar. The viability of many banks and other financial institutions may be called into question if even government debt cannot be viewed as entirely safe and highly liquid asset. This is not the sort of thing that an economy still struggling to recover from the recession needs right now.

But there is one part of the horror story that should be discarded. We have been repeatedly warned that the dollar could lose its status as the world’s reserve currency in the event of default. While this is a dubious claim (will countries rush to the euro?), it would actually be good news if it were true.

The story is quite simple. There was a large run-up in the value of the dollar following the East Asian financial crisis in 1997. This was a direct outcome of the conditions of the bailout. Because of the harsh terms imposed by the International Monetary Fund (at the insistence of the U.S. Treasury), countries throughout the developing world began to accumulate massive amounts of reserves (i.e. dollars) in order to protect themselves against ever needing an IMF bailout. Their increased demand for dollar reserves raised the value of the dollar sharply against most other currencies.

The higher valued dollar raised the price of U.S. exports to people in other countries, sharply reducing exports. It also made imports comparatively cheap, leading to a huge increase in imports.

The fall in exports and jump in imports led to a huge gap in demand. The logic is that people were spending income earned in the United States in other countries. This shortfall peaked in 2006 at six percent of the gross domestic product (currently at $1 trillion in today’s economy).

This is where the horror story of the dollar losing its status as the reserve currency comes in. In principle, we should be having discussions in Washington about how to lower the value of the dollar to make our goods more competitive internationally and bring down the trade deficit.

Unfortunately these discussions are not taking place. For some reason exchange rate policy does not come up in public debate. This means that the two policies that could put an end to mass unemployment — stimulus and exchange rate policy — are both taboo in Washington politics.

But the prospect of a default causing the dollar to lose it status as the reserve currency could give us a backdoor route to achieve this result. If the dollar is no longer the preeminent reserve currency, then countries will dump much of their dollar holdings, pushing down its value in currency markets.

A lower valued dollar will cause exports to soar and imports to plummet, creating millions of new manufacturing jobs. Millions more jobs would be created in other sectors due to the multiplier effect. This could well bring us back to full employment — a goal we may not otherwise achieve until the next decade.

Does this mean that all good people should be cheering for a debt default? Not quite. First, the financial market fallout will not be pretty. It’s hard to say exactly what would happen because it is uncharted territory. It would be best not to explore this terrain.

However the other reason is that there are no guarantees about the dollar losing its status as the reserve currency. Remember, we’re hearing this from people who couldn’t even see an $8 trillion housing bubble, their knowledge of the economy is not especially reliable. It is entirely possible that we go through the financial crisis associated with a debt default and the dollar still ends up being the world’s preeminent reserve currency. In that case we get the pain but no gain.

So we are probably best off if there is no default. But we should remember; if the dollar loses its status as a reserve currency as a result of default, that’s a good thing.

Related Topics:debt crisis
Up Next

A Talk With Demos’ Miles Rapoport

Why Food Stamps Are a Safety Net, Not a “Hammock”