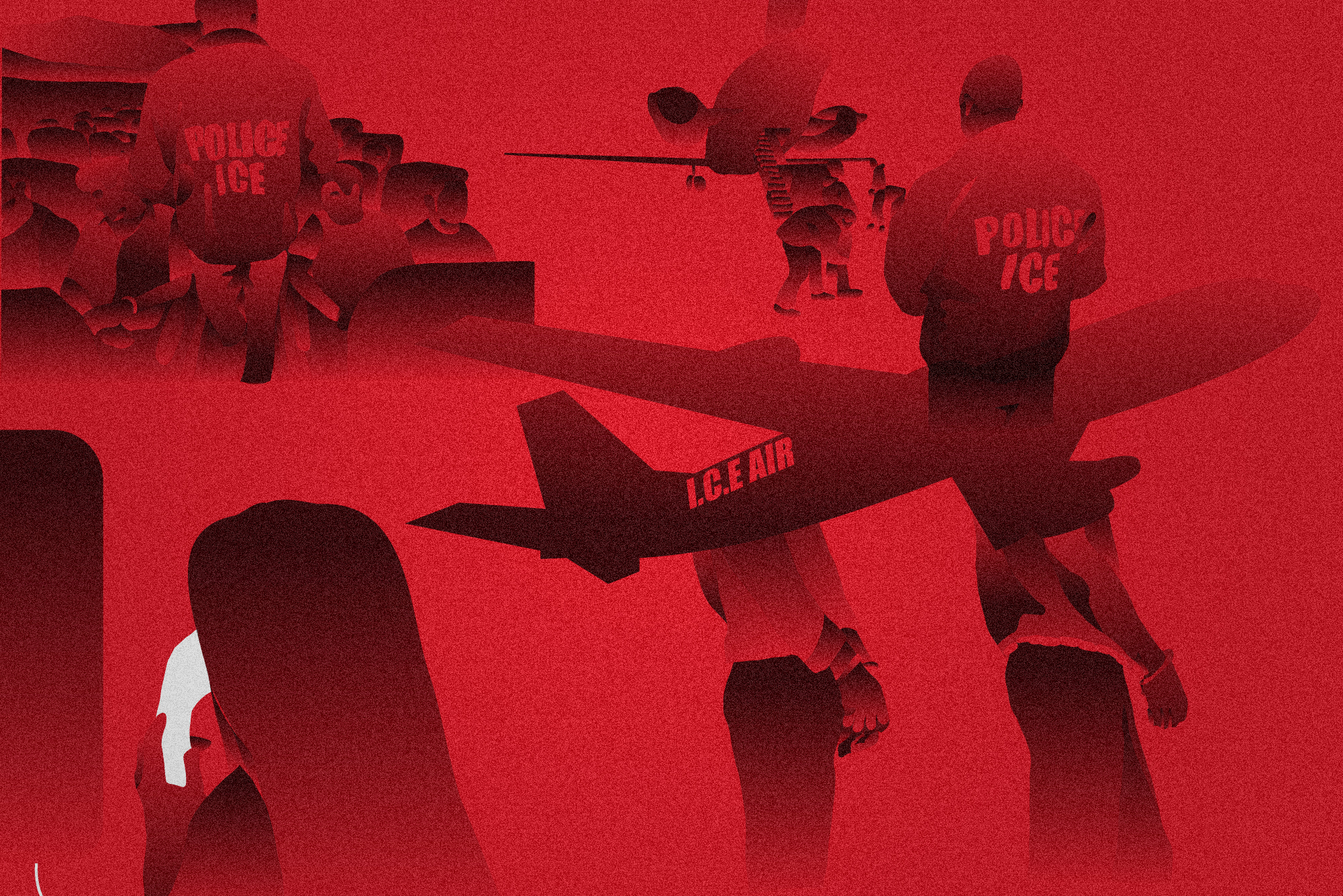 The first time Immigration and Customs Enforcement flew Marta across the country, she feared catching the coronavirus. After five months of being shuttled among various facilities, she was worried about infecting others.

Co-published by The Guardian and Palabra

In February, when her cross-country journeys started, ICE knew Marta’s lupus and asthma could increase her risk of contracting the virus and experiencing severe symptoms. By late June, she had tested positive for COVID-19. The detention center clinic gave her pills to suppress her cough, she said. “Nothing else.”

ICE didn’t retest Marta, who asked to use a pseudonym for fear of agency retaliation. But a few weeks later in July, it put her on one of its chartered jets with dozens of other detainees.

ICE has been aware of problems in its privatized flight system since at least 2016, according to the agency’s own records.

Marta’s story isn’t an anomaly of the current crisis — it exemplifies a broader pattern of medical negligence on ICE flights, a Capital & Main investigation has found. Heart attacks, a miscarriage and even a death have all occurred on ICE flights since 2012, according to complaints filed with the agency.

ICE says it has ramped up health screenings and sanitation measures on its flights to prevent spreading the coronavirus. But even before the pandemic complicated safe transport, the agency consistently failed to provide adequate medical care to detainees on its chartered jets, sometimes leading to dire health outcomes. 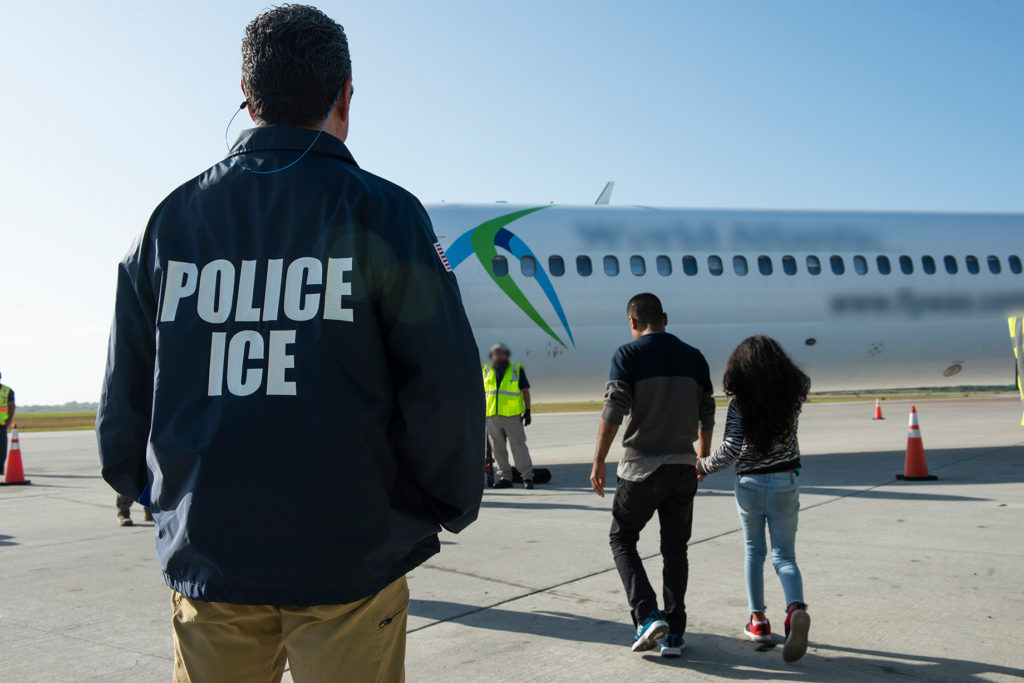 ICE has been aware of these problems since at least 2016, according to the agency’s own records. But mismanagement, an opaque privatized flight system and issues with the agency’s formal complaint system have allowed the problems to persist outside of public view.

Despite outcry from activists and warnings from medical professionals, ICE has continued flying immigration detainees across the country and around the world on its network of private planes throughout the pandemic.

ICE sometimes packs detainees’ prescription drugs in the cargo area of the plane, making them inaccessible during flight. Asthma inhalers and diabetic insulin are among the medications
improperly withheld from detainees.

On board ICE flights, the agency frequently fails to provide adequate care. And agency staff are well aware of the problem, which has come up more than 100 times during internal meetings from 2016 to 2019.

Marta’s story illustrates one common issue identified in the internal records: ICE staff have repeatedly neglected to get advance approval before transporting detainees with medical conditions, including people who were exposed to infectious diseases.

During the pandemic, ICE says, every flight has an extra medical provider on board, and before detainees are cleared for travel, a medical professional reviews each medical record.

Yet, when ICE Air Operations, the agency’s aviation logistics unit, put Marta on a jet in July, she said the flight nurse didn’t have any record of her COVID-19 diagnosis and was unaware that she could still be infectious. After Marta informed her, the nurse consulted with ICE officials on board.

“I was still [COVID-19] positive. Because at the time they had not done any more tests,” Marta said. But “they told me that since I was in quarantine, I was ready to get on a plane.”

Listen to more of Marta’s story and dig deeper into ICE Air on our Detention Dispatches podcast.

Dr. Michele Heisler, medical director of the nonprofit Physicians for Human Rights, said that given ICE’s track record, it would be “very difficult, if not impossible, to protect people from the coronavirus” during the pandemic, especially since the agency is “continuing to move people from facility to facility in tiny little planes without adequate securities.”

At least one flight, last June, moved COVID-19 positive detainees into a facility where it “spread like wildfire,” according to a federal lawsuit lodged by a group of detainees.

ICE field offices across the country have been reprimanded by agency officials at least a dozen times since 2016 for failing to provide medications to detainee passengers.

Additionally, ICE field offices across the country have been reprimanded by agency officials at least a dozen times since 2016 for failing to provide medications to detainee passengers.

ICE sometimes packs detainees’ prescription drugs in the cargo area of a plane, making them inaccessible during flight. “Medication continues to be stored in the subject’s property, which is the incorrect practice,” an ICE official said in a 2016 meeting. Then in 2019, an ICE official repeated: “Medications should not be put in a detainee’s property.”

Asthma inhalers and diabetic insulin are among the medications improperly withheld from detainees during transport, according to the ICE documents. In other instances, ICE staff have failed to send a sufficient supply of detainees’ prescribed medications to cover the transfer or deportation period, as required by agency policy.

“They sure shortchanged us,” one man deported to Cambodia in 2019 told Capital & Main. “They didn’t give me everything that was prescribed to me.” Half a dozen former detainees echoed the sentiment.

“If you are the caretaker of somebody, you’re responsible for ensuring their continuity of care, period.”

Dr. Marc Stern, a doctor who specializes in correctional health care and previously worked for an internal Department of Homeland Security watchdog unit, told Capital & Main that the practices described in the internal records raise concerns about medical ethics.

“If you are the caretaker of somebody, you’re responsible for ensuring their continuity of care, period,” Dr. Stern said.

Lapses in care may be responsible for health crises that have occurred during flights.

An HIV-positive woman with a high-risk pregnancy miscarried triplets on a 2012 deportation flight to El Salvador, according to a complaint made to a departmental watchdog unit, which blamed the emergency on ICE’s negligence. That same year, another complaint alleged that a Honduran woman who hadn’t been sleeping or eating in ICE custody due to depression and emotional trauma was deported anyway; she died on the flight, the complaint says. 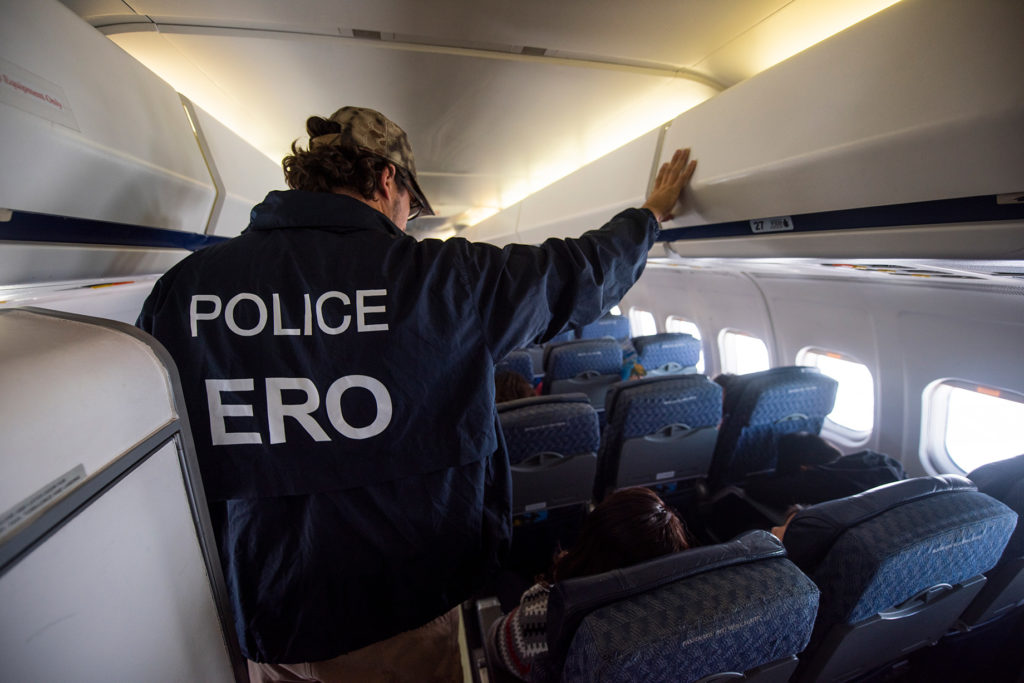 On a 2019 deportation flight, a man with a severe heart condition fell ill, according to interviews with his lawyer, who said the agency recklessly sped up his removal and deemed him safe for flight despite his record of medical emergencies while in custody. And another man recovering from knee replacement surgery said he experienced excruciating pain and psychological trauma, but received ineffective treatment, during an attempted deportation in 2019.

ICE did not respond to a detailed list of findings and questions from Capital & Main.

ICE Air mostly uses chartered flights to deport people. Since the global pandemic was declared in March, the agency has reportedly used private planes to shuttle coronavirus-infected detainees to Central and South America, the Caribbean and Africa.

The agency relies on its private air charter brokers to subcontract companies for all of the services on its flights, including flight nursing.

Although air travel poses specific medical risks — changes in air pressurization, oxygen levels and humidity can, for example, cause dehydration or blood clots — there are no standardized industry accreditations or training that are required for flight nurses.

ICE states on its website that it uses registered nurses, nurse practitioners or physician’s assistants. The agency does not specify whether these personnel have any special training to practice medicine on planes.

Detainees and immigration lawyers have described “retaliatory transfers” in which detainees with medical conditions were protesting for better care when the agency allegedly whisked them away to a different facility or fast-tracked them for deportation.

ICE Air also uses chartered jets with subcontracted nursing services to move detainees between facilities in the United States, often making several stops to pick up and drop off passengers along the way.

ICE usually transfers detainees for administrative reasons, including a lack of bed space, immigration proceedings or medical needs, as was the case for Marta.

Marta said that ICE took her out of a Texas facility when coronavirus cases spiked in late February. But the detention center that received her in Louisiana said it couldn’t accommodate her medical conditions. She was flown to Florida and moved between two facilities.

Then the coronavirus spread across the detention center where she was being held.

Marta, who previously worked as a doctor in her native Cuba, alleges that ICE provided negligent medical care and at times physically abused her.

She told ICE officers and nurses in the detention center clinic that she intended to make formal complaints. But Marta said that the agency quickly transferred her, scuttling her plans.

At least one flight moved COVID-19 positive detainees into a facility where it “spread like wildfire,” according to a federal lawsuit lodged by a group of detainees.

Dr. Heisler of Physicians for Human Rights said medical negligence during ICE transport and in detention facilities is probably underreported because many detainees either don’t know how to make formal complaints or are afraid to use them, and most don’t have access to legal representation or help from advocacy groups.

“It’s a really terrible situation that people feel they have no rights,” Dr. Heisler said.

Marta was more fortunate. She called a legal hotline seeking help. Sawyeh Esmaili, an attorney with the nonprofit firm Americans for Immigrant Justice, took up her case.

Esmaili said she contacted Marta’s deportation officer and laid out a case for release on medical grounds. Shortly after, Marta was released, Esmaili said, which is “very uncommon” for ICE detainees.

“I couldn’t even begin to say how many people are in custody right now with health issues. And we’re not seeing the releases that one would expect, particularly now,” she said.

The pandemic has escalated many longstanding issues within ICE custody, and problems with severely inadequate medical care are no exception, Esmaili said.

“It is on the burden of ICE, if they are going to detain someone, to provide proper care,” she said. “And time after time, we continue to see the inadequacies and its inability to do so.”

Related Topics:coronavirusFeaturedimmigrationImmigration and Customs Enforcement (ICE)
Up Next