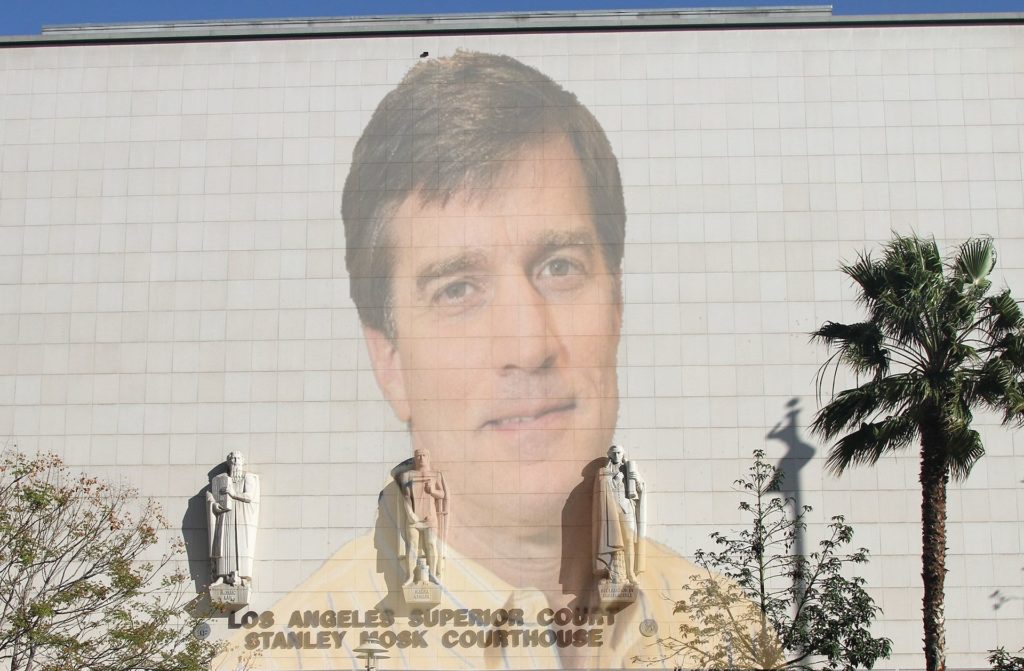 As the Vergara v. California trial ends its fourth week, the most conspicuous absence from the plaintiffs list may be that of the man most responsible for bringing the education lawsuit — David Welch, the 52-year-old Silicon Valley entrepreneur and founder of Students Matter. His Menlo Park-based nonprofit initiated Vergara and is picking up all of the plaintiffs’ attorneys and PR fees — a bill that was running nearly $3 million even before Welch’s high-powered legal team first set foot in Los Angeles Superior Court for the trial.

Vergara was filed on behalf of nine students and seeks to erase nearly a hundred years of teacher protections from the state education code that were adopted to prevent discriminatory and capricious terminations. The suit claims that five statutes addressing teacher dismissal, seniority and tenure disproportionately harm minority students in high-poverty schools by making it too difficult to fire incompetent teachers.

What may be unique about Vergara is David Welch himself, a man who prior to creating Students Matter in 2010 — the same year as the Reed case — had virtually no background in education policy or any direct financial stake in the multibillion-dollar, for-profit education and standardized testing industries.

Most websites belonging to educational privateers such as StudentsFirst, NewSchools Venture Fund or Parent Revolution present images of children at play or of hand-raising students in class. Studentsmatter.org is something altogether different. Here a reader will find no editorials about learning tools, pedagogical developments or issues facing today’s teachers. Instead, nearly every screen down to its donations page is devoted to a single subject: Vergara v. California. Far from appearing as a celebration of “school reform,” Welch’s site seems to represent a lawsuit in search of a school district.

Yet Welch and his nonprofit play a special role among a group of other nonprofits and personalities whose legal actions, school board campaigns, op-eds and overlapping advisory boards suggest a highly synchronized movement devoted to taking control of public education. The David and Heidi Welch Foundation, for example, has given to NewSchools Venture Fund, where Welch has been an “investment partner” and which invests in both charter schools and the cyber-charter industry, and has been linked to the $9 billion-per-year textbook and testing behemoth Pearson. Welch has also supported Michelle Rhee’s education-privatizing lobby StudentsFirst, most recently with a $550,000 bequest in 2012.

The connections don’t stop there: Students Matter now includes both NewSchools CEO Ted Mitchell — currently under consideration for the number two post at the federal Department of Education — as well as Parent Revolution executive director Ben Austin on its current advisory board.

In his official Students Matter biography, Welch, who holds a PhD in electrical engineering, states that “his passion for public education arises from his roles both as a parent of three school-aged children and as an employer in two highly successful start-ups in Silicon Valley.” (Neither Welch nor a Students Matter spokesperson responded to Capital & Main’s requests for comment for this article.) Welch made his first fortune engineering the $41 billion merger of fiber-optics giants JDS Uniphase and SDL in 2000. He co-founded Sunnyvale’s Infinera Corporation in 2000. Welch, whose reported 2012 income was $2.23 million, lives in a $12.5 million estate nestled in the bucolic Silicon Valley enclave of Atherton, which ranks first on Forbes’ annual list of America’s most expensive ZIP codes.

A quite different face of Vergara lies 30 miles down Highway 101 from Welch’s home in the low-income, primarily Latino and Vietnamese immigrant community of Alum Rock on San Jose’s far eastside. More than a freeway connects the two neighborhoods. In 2012 the Alum Rock Union Elementary School District (ARUESD), which was then a co-defendant in Vergara, was facing its own privatization battle. At the time, Rocketship Education was aggressively expanding its local charter schools and business model of replacing teachers with computers, relying on low-cost, non-union Teach for America labor and eliminating arts programs in favor of standardized test preparation. Standing in its way were ARUESD board members Esau Herrera and Dolores Marquez, who were up for reelection.

The Sacramento-based California Charter School Association poured thousands of dollars into the school board campaigns of real estate agent Leland Lowe and Karen Martinez – the latter of whom was then both a Rocketship employee as well as the parent of Vergara student-plaintiff Daniella Martinez. Karen Martinez was swept into office. Herrera, an attorney, 20-year school board veteran and lifelong Alum Rock resident, says that contending with Sacramento charter money or Silicon Valley education dilettantes is nothing new.

In spite of being longtime San Jose residents (albeit on opposite sides of the tracks), Herrera says that he had never heard of David Welch until the Vergara lawsuit.

“If you walk around the community here and mention David Welch’s name, everybody will draw a blank,” he says. “One question is, Why is David Welch spending so much money? . . . But then you wonder why someone like this [is] involved in issues that affect a community, according to him and others, that he has no part in. That he has no acquaintance with. That perhaps other than the fact that people who look like us cut his lawn, you know, there’s no connection.”

Former LAUSD superintendent and John Deasy’s predecessor, Ramon C. Cortines, is similarly unimpressed with the Vergara lawsuit. While no fan of the education code, the outspoken Cortines thinks that Vergara is far too one-sided in singling out teachers.

“What bothers me is that we only talk about certificates,” he explains, “we talk about teachers … [about] getting rid of something. [But] how do you deal with capricious superintendents, capricious boards of education and — not many but a few — capricious principals? Don’t throw out the baby with the bath water. What [people like Welch] should be [asking] is, How do you help people through professional development be successful?”

Filing lawsuits does not figure into Cortines’ view of solving the problem, and he adds that Welch “should be insisting that school systems do their job — and not in an adversarial way. We are human beings, as teachers, as educators, as a society — we are not perfect. We need assistance and guidance and support to help us.”

The Education of Ted Mitchell

Careless: How Governor Brown Is Harming California’s Seniors and Disabled — and the People Who Care for Them