Investigative reporter David Dayen’s new book, Chain of Title, focuses on the efforts of three people in South Florida who followed the Byzantine trail of paperwork used by mortgage companies to kick millions of Americans out of their homes following the 2008 housing-market collapse. The three – a nurse, a car dealership employee and an insurance fraud specialist – were strangers to one another until they connected through the Internet. As Dayen notes, the trio “didn’t work in government or law enforcement. They were not experts in real estate law. They had no history of anti-corporate activism or community organizing . . . they did something extraordinary: They read their mortgage documents.” 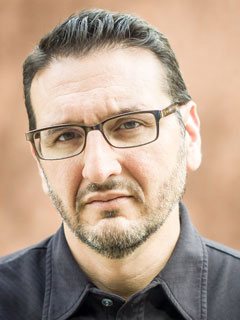 At the center of this detective story is a shocking truth: The banks and mortgage companies that foreclosed on so many homes couldn’t prove they actually owned the mortgages, so they forged the documents necessary to throw people into the street. (Many homeowners hadn’t even been properly presented with the forgeries.) As a New York Times reviewer wrote of Chain of Title, “Prepare to be surprised, and angry.”Chain of Title is not only a chronicle of financial chicanery, but a homage to three unsung, modern-day folk heroes. “There is a rot at the heart of our democracy, rooted in a nagging mystery that has yet to be unraveled,” Dayen writes. “Americans want to know why no high-ranking Wall Street executive has gone to jail for the conduct that precipitated the financial crisis.”

Dayen will discuss his book twice this week in the Los Angeles area:

Related Topics:David Dayenmortgage crisis
Up Next

Aging in the Fields: No Alternative But to Keep Working