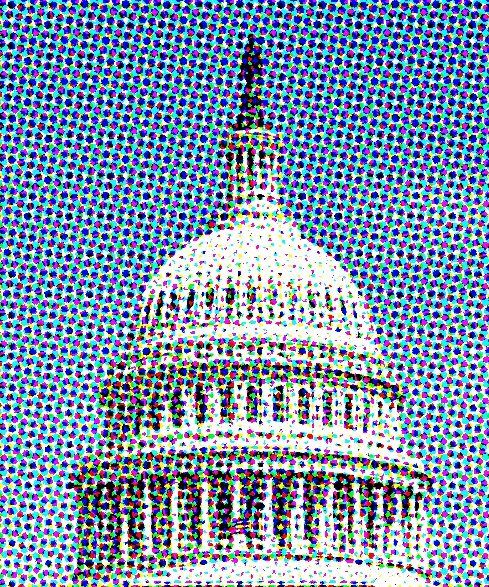 It was the centerpiece of the president’s re-election campaign. Every time Republicans complained about trillion-dollar deficits, he and other Democrats would talk jobs.

And that’s part of why Obama and the Democrats were victorious on Election Day.

It seems forever ago, but it’s worth recalling that President Obama won re-election by more than four million votes, a million more than George W. Bush when he was re-elected—and an Electoral College majority of 332 to Romney’s 206, again larger than Bush’s electoral majority over Kerry in 2004 (286 to 251). The Democratic caucus in the Senate now has 55 members (up from 53), and Republicans have eight fewer seats in the House than before.

So why, exactly, is Washington back to obsessing about budget deficits? Why is almost all the news coming out of our nation’s capital about whether the Democrats or Republicans have the best plan to reduce the budget deficit? Why are we back to showdowns over the deficit?

It makes no sense economically. Cutting the budget deficit—either by reducing public spending or raising taxes on the middle class, or both—will slow the economy and increase unemployment. That’s why the so-called “fiscal cliff” is so dangerous.

In the foreseeable future, our government has to spend more rather than less. Businesses won’t hire because they still don’t have enough consumers to justify additional hires. So to get jobs back at the rate and scale needed, government has to be the spender of last resort.

The job situation is still horrendous. Twenty-three million Americans can’t find full-time work. Less than 59 percent of the working-age population of the nation is employed, almost the lowest percent in three decades. Nearly five million Americans have been out of work for more than six months. The 40-week average spell of joblessness is almost three times the post-1948 average.

And even those who have jobs are finding it harder to make ends meet. Jobs created since the trough of the recession pay less than jobs that were lost. The median wage is eight percent below what it was in 2000, adjusted for inflation. And wages are still heading downward: Average hourly earnings in October were 3.1 percent below what they were in October, 2010.

This isn’t just an ongoing tragedy for 23 million Americans and their families. It also robs all of us of what these people would produce if they were fully employed—roughly $2 trillion worth of goods and services that won’t be created this year.

These folks would also be paying taxes—and they’d require less unemployment insurance, fewer food stamps, and less public assistance than they do now. According to estimates by Bloomberg News, the total cost of those lost tax revenues and the extra social spending is more than twice what taxpayers will shell out this year to pay interest on the federal debt.

In other words, unemployment is hugely expensive. Debt, by contrast, is relatively cheap. The yield on the 10-year Treasury is only about 1.7 percent. Creditors worldwide are willing to lend America money that won’t be repaid for a decade at the lowest rate in living memory.

So why are we debating how to cut the deficit when we should be debating how best to use the cheap money we can borrow from the rest of the world to put more Americans to work?

Because too many Democrats inside and outside the Beltway have ingested the deficit Kool-Aid that the “serious people” on Wall Street have been serving for two decades.

And the president has been all too willing to legitimize their deficit obsession by freezing federal salaries, appointing a deficit commission, and now that the election is over, going back to deficit-speak.

A month after the election Obama was on Bloomberg Television saying business leaders need “a deal on long-term deficit reduction” before they’ll increase hiring.

"We Didn't Vote to Cut Medicare and Social Security!"