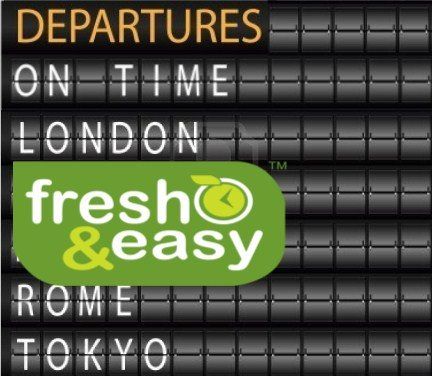 After spending more than $1.6 billion, Tesco, the world’s third- largest food retailer, has finally thrown in the towel and announced the closure of its Fresh & Easy stores. This move brings closure to the British company’s effort to establish a foothold in California’s highly competitive grocery industry. Many analysts believe this decision has been a long time coming, with Fresh & Easy stores never seeing the kind of market penetration that the U.K.-based giant expected from the chain. Investors cheered the December 5 announcement, but U.S. workers have reason to celebrate too — this marks the end of a five-year struggle with Tesco.

Like most new entrants into the grocery market field, Tesco planned to operate non-union. Indeed, a Tesco employee-relations director described the primary responsibilities of that job in an advertisement as “maintaining non-union status” and “union avoidance activities.” The United Food and Commercial Workers union (UFCW) sought to organize the company, called a boycott and Tesco resisted.

In 2009, a series of reports from UNI Global Union accused the company of rejecting a legitimate recognition request to form a union in one California store and claimed Tesco employed only part-time workers in the U.S., thereby preventing employees from earning a living wage. As a result, according to glassdoor.com, the average British Tesco Customer Assistant reported earning $11.05 an hour, while his Fresh & Easy American counterpart reported only $10.12 an hour.

Another article detailed insufficient pension and health benefits, and the company’s policy of forcing staff to count sick leave as holiday time off. Unsurprisingly, the reports from UNI Global Union also described pretty deplorable labor conditions at Tesco-related factories in Thailand, South Korea and elsewhere. Tesco’s stance was a surprise to some, given that the company is largely union in the U.K., but the trends are the trends, and another major retailer seeking to come to Los Angeles has fairly well established the pattern.

Of course, Fresh & Easy didn’t fail only because of its labor practices. Its signature self-checkout system was not only confusing for the general public, it was also considered dangerous by many. A 2009 report by the Los Angeles Alliance for a New Economy (LAANE) titled, “Self-Checkout: Is It Reliable for Selling Alcohol?” showed  the potential for minors to purchase alcohol; of stores with only self-checkout registers, 32 percent of participants under the age of 30 were not asked for identification when the system called over an employee, and 20 percent of all participants were able to bypass employee verification altogether.

This study and others like it prompted Governor Jerry Brown to sign Assembly Bill 183 into law on October 9, 2011, requiring all alcohol purchases to be made at full-service registers. 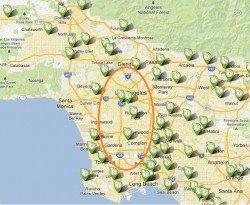 Tesco tried to sell itself as a solution to L.A.’s problem of food deserts, much as Walmart and other companies have done, but the promises have failed to live up to the reality. In fact, of the 13 Fresh & Easy stores that opened in the chain’s first month of operation, only one was in a census tract with significantly high poverty rates. Hemet, a town in Riverside County with two major supermarkets within a half mile, could hardly be called a food desert. A recent map from freshandeasy.com clearly shows their progress in locating inside Los Angeles’ inner-city neighborhoods has been limited at best.

And with that, we bid sweet adieu to you, Tesco, the multinational corporation that never cared much about the welfare of us Angelenos. May you be the first but not the last to go.

A Season of Miracles