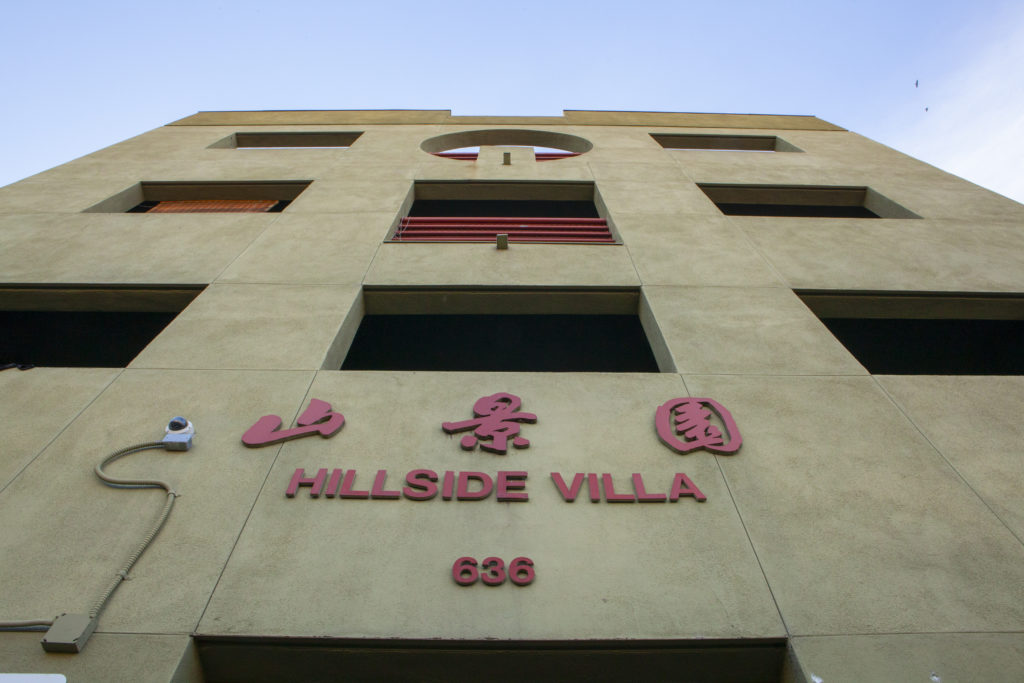 It was 2018 when the city covenant that had kept the Hillside Villa apartment complex in Los Angeles affordable for 30 years finally expired. Soon, residents received one-year notices that their rents would be raised to market rate — a massive hike in gentrifying Chinatown. “In my case, [the landlord] wanted to raise my rent about $900,” says Alejandro Guitierez, who has lived in the complex for 23 years.

After more than a year of tenant organizing, and with contentious negotiations at a standstill, City Councilmember Gil Cedillo and tenant activists are now looking at a novel way to keep the building’s approximately 51 remaining residents in their homes: using eminent domain, a government right to claim private property for the public good, to acquire Hillside Villa.

When Cedillo offered $12.7 million from the city last summer to extend the affordability covenant for an additional 10 years, landlord Thomas Botz seemed amenable to the deal. “We were satisfied with that,” says Guitierez. “We even had a celebration.” However, before the agreement could be formalized, Botz backed out. In a February 6 statement, Cedillo said: “I negotiated an agreement with Mr. Botz that included 1) No displacement of tenants; 2) No evictions; 3) No rent increases; and 4) A 10-year deal to protect tenants from paying rent increases. Unfortunately, Mr. Botz reneged on this agreement and will raise rents on these apartments to the market rate in September 2020.”

When Capital & Main asked Botz why he rejected the deal, Botz replied, “We were talking about it and we couldn’t quite agree on the numbers.” Botz also called the deal a “stepping stone” for the renters, adding, “We learned that the tenants really had no intention of ever leaving. They wanted to stay there for life.”

Since Hillside Villa is not subject to Los Angeles’ Rent Stabilization Ordinance, its residents receive little protection from the law. Even with California’s new Tenant Protection Act of 2019, which introduced statewide limits on steep rent increases and evictions, landlords are free to set new rates when affordability covenants, such as Hillside Villa’s, expire.

According to Jacob Woocher, an organizer with the Los Angeles Tenants Union who is working with Hillside Villa’s residents, the idea of using eminent domain to prevent rent increases at the complex has been floated among tenant organizers before. “Once the deal fell through, the idea came up again,” says Woocher. On January 31, Cedillo introduced a motion in the city council to begin eminent domain proceedings at Hillside Villa.

Hillside Villa sits within a mile of both Bunker Hill and Chavez Ravine, two locations where the city famously used eminent domain several decades ago to raze housing and displace residents for redevelopment projects. Los Angeles isn’t the only city exploring whether eminent domain can help ease housing woes. New York City recently used the threat of eminent domain to purchase buildings in the Bronx and Brooklyn to house homeless New Yorkers.

Randy Shaw, executive director of San Francisco’s Tenderloin Housing Clinic, thinks employing eminent domain at Hillside Villa could be worthwhile, but questions whether the tactic could survive legal challenges. “We don’t have a very sympathetic judiciary on these kinds of creative approaches to affordable housing,” says Shaw.

Botz maintains that he wants the building to offer affordable housing — but not necessarily for the residents who already live there. “We rent all our vacancies to Section 8 tenants, but these particular 51 will not move out. They are not subsidized,” says Botz, adding, “The difference is that Section 8 tenants pay market rents. They have vouchers for different amounts and the government every month pays a good chunk of their rent.” Botz says the city’s plan to use eminent domain would only “continue to coddle the 51 existing tenants who’ve already been subsidized for 32 years at the expense of everybody else.”

According to Botz, using eminent domain would also set a “terrible precedent” that would hinder future development. “A lot of the affordable housing in L.A. is in fact built by private developers,” he says. “If the government, at the end of the 30 years or 50 years or whatever it is, does what they’re doing here, trying to take the building away, nobody will ever build another unit in L.A.”

However, Shaw says, “I don’t agree with this idea that I saw in [an] L.A. Times editorial, which said if we do this, no one will want to be part of these kinds of agreements. I don’t find that credible.”

In Woocher’s opinion, addressing L.A.’s overwhelming problems with affordable housing and homelessness should be a top priority, especially with expiring covenants putting 11,000 affordable units at risk. “The city needs to be more proactive in protecting tenants, it needs to use all of the tools at its disposal, and it needs to stop treating property rights as more sacred than the human right to housing,” he says.

After a turbulent year marked by the threat of drastic rent increases, cash-for-keys offers and the formation of their own tenants’ organization, Hillside Villa residents wonder if they have a future there. “It has been very stressful,” says Leslie Hernandez, who has lived at Hillside Villa for 29 years. However, Hernandez also believes that the struggle has brought the building’s community closer together. “As neighbors we have united to a point that we could honestly consider each other family,” she says. For Alejandro Guitierez, that sense of community is part of what keeps him fighting. “Hopefully, this building can become affordable forever. Not only for us, but for future residents,” he says.