Los Angeles’ Chinatown, whose compact storefronts cater to long-established communities of immigrants and curious tourists, is increasingly the home to art galleries and trendy bars and restaurants, along with the young professionals who frequent them. With these changes, the inadequacy of the neighborhood’s housing supply is becoming evident. As L.A. struggles to meet the demand for low-income rentals and market rates continue to soar, affordable units are disappearing. The story of one apartment complex, the Hillside Villa, shows how the city’s housing woes are poised to get worse — L.A.’s set to lose more than 11,000 affordable housing units.

One waiter is facing a monthly increase of $750 for the two-bedroom apartment he shares with his husband, sister and two nieces.

Perched on an incline just off of busy Cesar Chavez Ave., the structure’s four stories of green and beige stucco hold 124 units. When it was constructed in 1988, all of Hillside Villa’s apartments were designated as affordable housing, including 36 units set aside for very-low-income tenants. However, come June, the building’s prices will jump to market rates, which could force out its low-income tenants. That’s because the 30-year affordability covenant that was put in place at the time of Hillside Villa’s construction has expired. 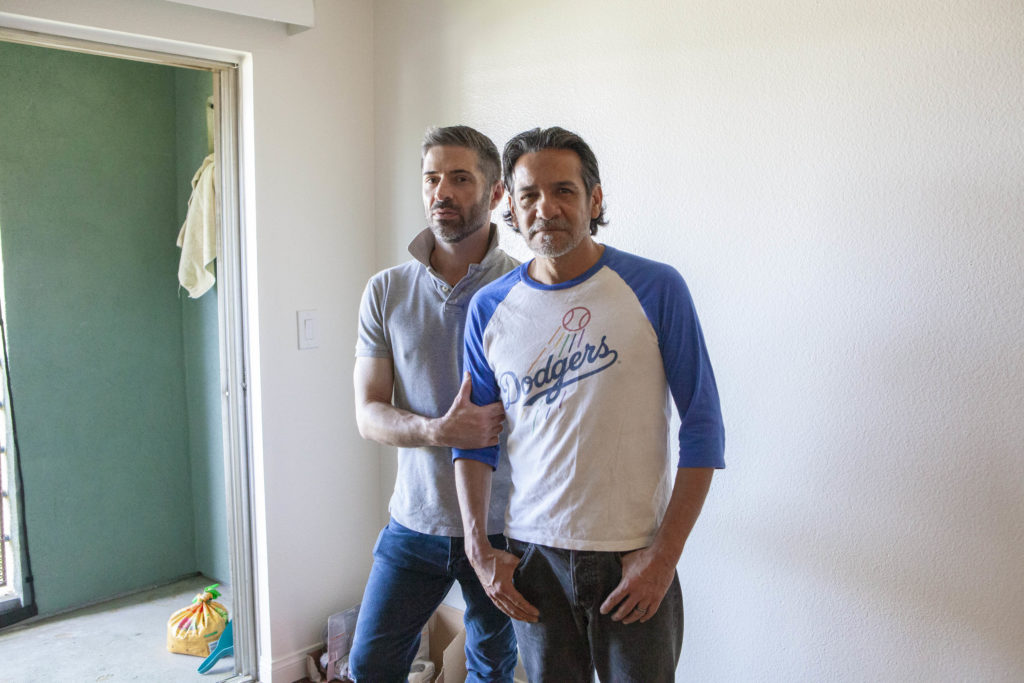 Rene AlexZander has lived at Hillside Villa for 17 years, but didn’t learn about the expiration of the affordability covenant until last year, when he received a 12-month notice from the property owners explaining that his rent would soon go up. Now he is facing a monthly increase of $750 for the two-bedroom apartment he shares with his husband, sister and two nieces. AlexZander is a waiter on partial disability, yet feels optimistic that he and his family could cover the higher rent. But it wouldn’t be easy. “Financially it would hurt a lot,” he told Capital & Main. “If my sister lived on her own, she wouldn’t be able to afford it. If my husband and I lived on our own, we wouldn’t be able to afford it.”

The longer that residents have lived in a building, the higher their rents will have to climb to catch up with market prices. 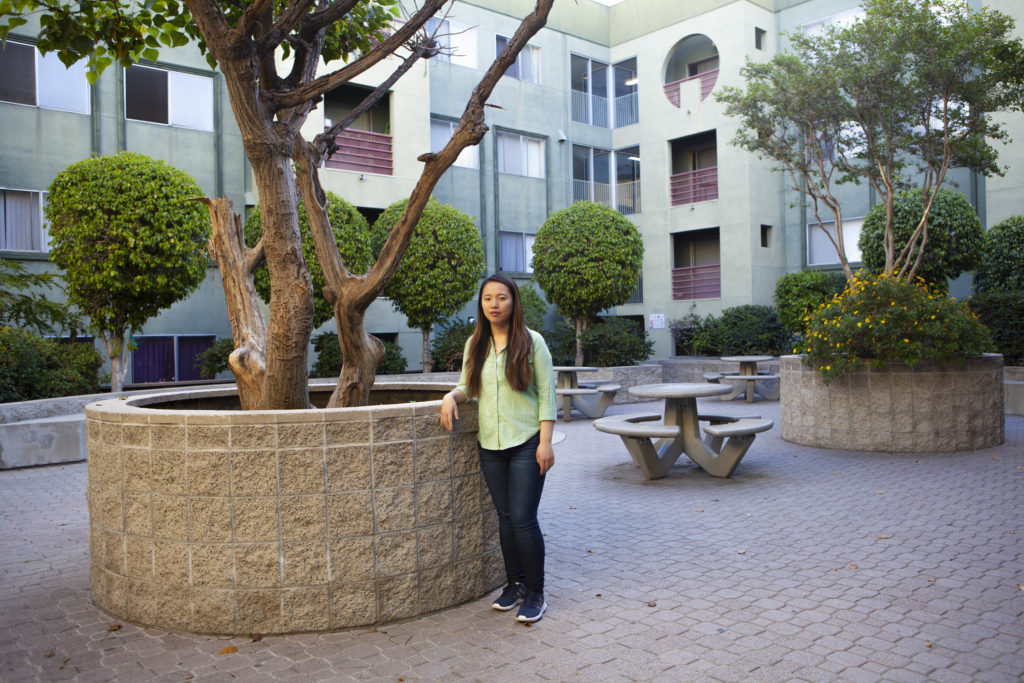 Shao Zhao, who works as a paralegal for a nonprofit law firm, has resided at Hillside Villa with her mother since 2007. Although her family’s Section 8 subsidy will help them cover the rising rates, she still worries about her long-term future in the building, especially because it isn’t protected by the City of L.A.’s 1979 Rent Stabilization Ordinance. “Without rent control they can continue to increase our rent with a 60-day written notice,” she says. She also worries about her neighbors—most of whom don’t have Section 8 vouchers— particularly those who are elderly or on fixed incomes. “Some people literally can’t afford it,” she says. “It would be like 100 percent of their income.”

Moreover, the longer that residents have lived in the building, the higher their rents will have to climb to catch up with the market. Zhao estimates that 30 to 40 families have already left Hillside Villa in anticipation of the rent increases.

For tenants forced to leave, finding a new home could be challenging. Not only are Hillside Villa’s tenants low-income, many of them are non-English-speaking immigrants from Latin America, China and Vietnam. According to Annie Shaw of Chinatown Community for Equitable Development, an organization working with local tenants, such families can be left with difficult choices.

When tenants are evicted, many must leave Los Angeles to afford rent. “We have folks that have moved to Tijuana,” one activist said. The Hillside Villa apartments in Chinatown. (Photos by Isabel Avila)

According to the Los Angeles Times, 72.4 percent of Chinatown’s population are immigrants. “It’s the one area where non-English-speaking immigrants from Asia can find a community and jobs,” says Shaw. Although there are Chinese-speaking hubs in L.A.’s outer suburbs, Shaw notes that Chinatown is “one of the few pedestrian-friendly neighborhoods left in Los Angeles.” That characteristic is especially important for its high percentage of elderly residents. “Both Latinx folks and Chinese-speaking folks rely on this medical system that is presently around them,” says Shaw, explaining how these groups depend on doctors they can reach on foot or via a quick bus ride. The adversity confronting local tenants doesn’t stop there. “Chinatown is undergoing really intense gentrification right now because it’s so close to downtown, plus there are so many luxury units being built there,” says Jacob Woocher of the Los Angeles Tenants Union. On top of that, the expiration of Hillside Villa’s affordability covenant isn’t unique. “We also know that in the coming few years there will be multiple covenants that will be expiring,” says Shaw.

Tenant: “This is wrong and we cannot win if we don’t stand together.”

Hillside Villa, which received financial support from local, state and federal agencies through subsidies and zero-interest loans, is one of several Chinatown developments funded in part by the Chinatown Redevelopment Project, implemented in 1980 by the city’s now-defunct Community Rede-velopment Agency. Other properties providing low-income housing with assistance from the Chinatown Redevelopment Project have time-bound affordability covenants, ranging from 30 years for housing built in the 1980s to 65 years for projects developed in the 2000s. However, the pending loss of affordable units stretches far beyond the borders of Chinatown.

The Los Angeles Housing and Community Investment Department’s (HCIDLA) most recent market analysis estimates that over 11,000 units of affordable housing are “at risk of losing their affordability restrictions through the expiration of covenants and termination of rental subsidies through December 2022.” Statewide, the number of at-risk units is 34,554, according to the California Housing Partnership. The loss of that many affordable units could impact roughly 76,700 people.

Donald Spivak, who was part of L.A.’s Community Redevelopment Agency from 1982 to 2010, oversaw a number of redevelopment project areas, including Chinatown, and says his agency took an active role in monitoring and maintaining affordable housing. “Very early on, covenants were 20 years, and then the state extended them to 30 years,” he says. “CRAs around the state saw the 20-year periods were ending, and part of the response to that was to go to the state to change the law to extend the covenants.” According to Spivak, the CRA also approached project owners to negotiate individual affordability extensions. When the state of California dissolved its CRAs in 2012, those responsibilities transferred to HCIDLA. 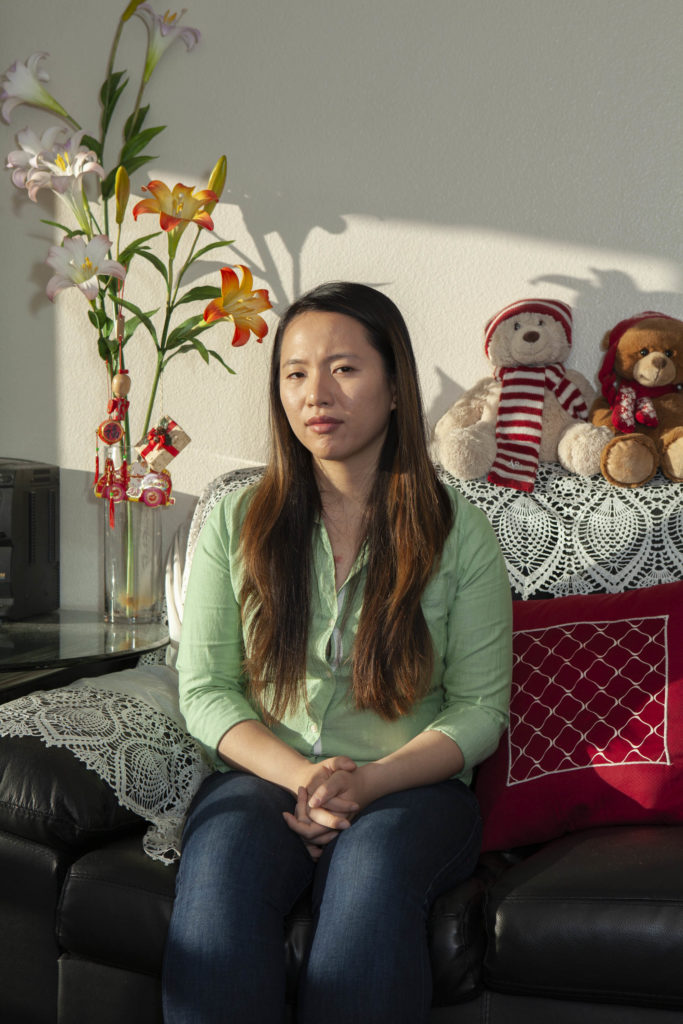 As their affordability covenant ends, Hillside Villa’s residents are facing uncertain futures, but from the perspective of the property’s owner, Thomas Botz, it’s the city’s job to see that affordable housing needs are met. Botz says that the city approached him in 2016 to discuss extending the covenant, but never followed through to reach an agreement. “We agree that these tenants deserve to be subsidized,” Botz told Capital & Main, “but they are not subsidized right now by the city.” In the meantime, Botz says he is offering “substantial amounts of money to help with the moving costs,” and working to expand Section 8 programs at the complex, along with rent subsidies for homeless and veteran housing.

However, according to HCIDLA’s Sally Richman, the city is actively concerned with preserving at-risk affordable units as covenants expire. “We take these issues very seriously and do what we can to preserve and extend affordability,” she says. “Not only do we track [affordable housing], we actually have financed many preservation deals which have extended affordability, sometimes with the same owner, sometimes with a new owner.” Richman also says that there are ongoing efforts by the city to address the loss of affordable units at Hillside Villa. “Our department is working with Councilman [Gil] Cedillo’s office to negotiate with the owner about an extension of affordability covenants.”

When it comes to addressing at the state level the looming loss of affordable housing, Assemblymember David Chiu says: “Preservation of existing affordable housing is a critical piece of combating our housing crisis. There have been several attempts to address this issue, including Assemblymember Bloom’s AB 1521 and funding generated by Proposition 1, but this is an ongoing challenge we must continue to work on.” Without a new affordability guarantee or rent control protections, Hillside Villa tenants have little recourse to protect themselves from eviction if they can’t afford the impending rent hikes. “The law is not on their side,” says Woocher. “The only way they will be able to stay in their homes is by exercising their collective power to secure victory from their landlord.” Woocher says residents have worked with his group to form the Hillside Villa Tenants Association, with support from Chinatown Community for Equitable Development and Democratic Socialists of America’s Los Angeles chapter. “This is wrong and we cannot win if we don’t stand together,” says AlexZander, who serves as the association’s president.

The Hillside Villa Tenants Association has met with Botz to ask that the upcoming rent increases be capped at three percent annually for the next five years, instead of rising to market rate, but says its request was denied. Since then, its members have continued organizing their neighbors and have held one protest outside the building. Although the tenants have slim odds of being able to keep their affordable rents and their homes, AlexZander says, “I’m not leaving until this fight is over.”