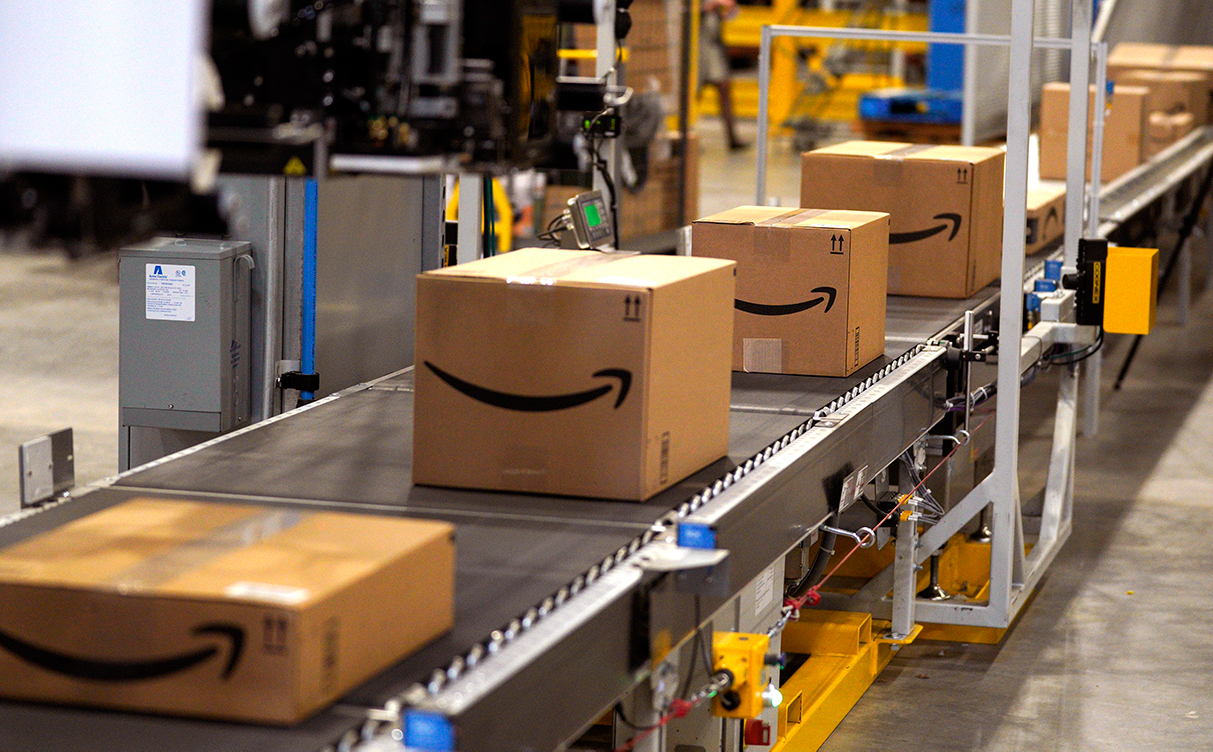 “Today, I just want to hate.” Writer Alec MacGillis quotes these bitter words from Chris MacLarion, a former union steel worker in Sparrows Point, Maryland, who watched the decades-long decline of the plant, his livelihood and his dignity. In his new book Fulfillment — Winning and Losing in a One-Click America, MacGillis examines the source of MacLarion’s anger and the price we all pay for embracing the powerful technologies of convenience and control.

MacGillis focuses on Amazon, now the largest employer in the United States and run by Jeff Bezos, the wealthiest man in the world. Fulfillment looks at how and why Amazon uses the intersecting spheres of economics and politics to its benefit while small communities, small businesses and workers bear the weight of its corporate power. The following interview with MacGillis from his home in Baltimore, Maryland, was edited for length and clarity.

Capital & Main: Two conservative writers recently praised your book, Cameron Hilditch in the National Review writing about working-class Protestants in Northern Ireland and columnist Ross Douthat in the New York Times. Why are these conservatives responding positively to your work?

Alec MacGillis: The book has definitely hit a nerve with conservatives who worry about the unraveling social fabric and downward mobility, especially among the white working class. They have concerns about all the ills that come with downward mobility where an economic plight transforms into a social plight. 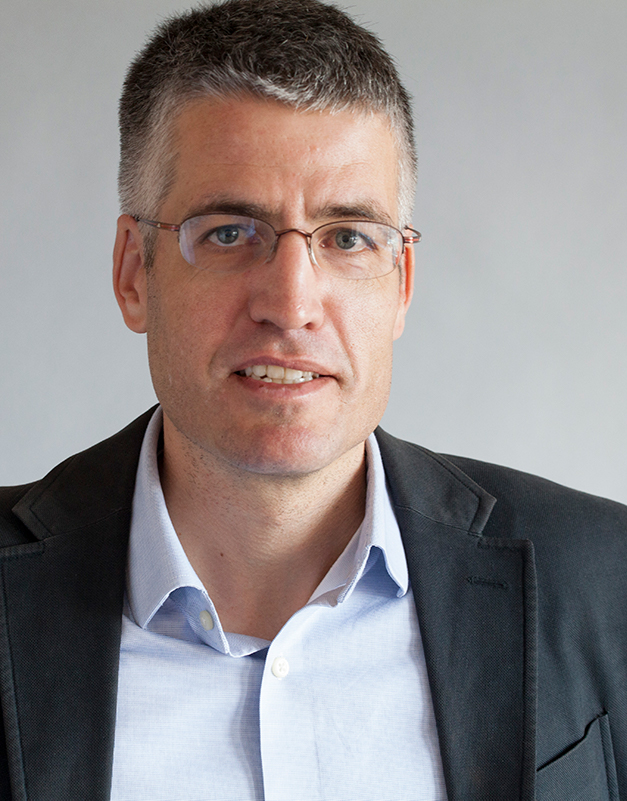 When you began you intended to write about regional economic disparities, but it turned into a book mostly about Amazon and how some cities have thrived due to its presence while others have experienced steep economic decline.

I started out writing about the incredibly unhealthy economic gap between winner-take-all cities and left behind ones. This disparity is not good for either set of places. Basically, we are watching the lifeblood and commerce being sucked out of all these different communities around the country and concentrating it in a small handful of cities that are so wealthy that they are borderline uninhabitable for most people. We have to ask what it means for our democracy to have such extraordinary concentration of corporate power and wealth.

How does Amazon approach city and state jurisdictions when deciding where to place its warehouses and data centers? What are they trying to achieve?

Amazon has a whole department devoted to trying to get tax subsidies from towns and cities. They come in and dangle the possibility of building a warehouse or data center but make very clear that they expect some kind of incentive in return. Local officials just feel this desperation for any kind of new jobs and investment so they fork over not only subsidies but also these extraordinary promises of secrecy about these deals.

They don’t even have to threaten to go to another state but merely to another town down the road.

Exactly. It’s easier in places that are more splintered in terms of their local boundaries. That’s how you get a scenario that I describe in the Columbus metro area, where you have these random exurbs negotiating against each other to get the first Amazon data centers.

“Amazon has a whole department devoted to trying to get tax subsidies from towns and cities.”

What are some of the more egregious tax breaks and subsidies that you discovered cities and states have provided to Amazon? You point out that one city even agreed to make sure the warehouse was not built by union labor.

It’s huge reductions in property tax liability and sometimes even reductions in payroll tax, and suspension of numerous fees. In Baltimore, the city agreed to pay $100,000 a year to have shuttle buses run from downtown out to the warehouse, paying to bring the workers to Amazon’s door.

In the chapter on Seattle, you describe a city initiative to tax Amazon and other high tech companies. During this campaign, “The opponents [of the tax] had revealed a strain of conservatism in the liberal Seattle electorate, a sense that government was broken and wasteful and worthy of contempt.” What did you mean?

You had this big progressive push to pay for housing services for the homeless. The tax passes the city council with Amazon’s begrudging approval. Then Amazon turns around a day or two later after having agreed to this compromise and launches a referendum to repeal the law. Residents of Seattle are receptive to Amazon’s arguments that the government is only going to waste the money that it raises and that the local government is hapless and can’t fix the homelessness problem. It was kind of a Tea Party message. But they also tap into this notion that to the extent that this money does pay for affordable housing or shelters, “Do you really want to have that in your neighborhood?” People are ambivalent about Amazon because they have helped change the city’s character. But my gosh, the little arts and crafts bungalow that you bought for $200,000 a few years ago is now worth a million bucks because of Amazon. This resulted in the city council seeing the writing on the wall and repealing the tax themselves.

One of your chapters is called “The Crisis of Small-Town America.” A common analysis from the left goes like this: Deindustrialization leads to economic frustration and feelings of victimization. This leads to drug addiction, racism, QAnon and Donald Trump as president. Anything wrong with this way of framing the narrative?

I think that it is all tied together. First of all, the resentment that grows out of regional disparities played a huge role in the 2016 election. When you have heavily Democratic regions like greater Dayton or Southeast Ohio where you have people increasingly looking at very successful cities mostly on the coasts and saying, “There is no way in the world am I like the people there.” It’s not just about economic decline but the social atomization that comes with this new economy where you are much less likely to see each other in the course of your daily activities. It gives you a fertile ground for Trump and other kinds of toxic politics.

“Amazon has no interest in maintaining labor long term. Their business model is based on transience and high turnover.”

Bezos calls himself a libertarian, yet Amazon has built up a massive lobbying operation at every level of government. Can you describe how Amazon thrives on government contracts?

The key is the growth of their presence overall in Washington, D.C. They have managed to acquire this extraordinary soft power through Bezos buying the Washington Post and a double-wide mansion in D.C. and turning it into this VIP salon. They obtained the big CIA contract a few years ago, in the vicinity of $600 million. And they were in the running for a $10 billion contract from the Pentagon, but it went to Microsoft instead, possibly because of Trump’s aversion to Amazon. Now it’s ended up in a morass of lawsuits. This power in Washington comes at the exact moment when their biggest threat is federal intervention.

Some of our best American historians of capitalism point out that gaining access to workers and then being able to control that labor force has been a central dynamic of the economy. Controlling the workforce seems like an obsession with Amazon as well.

You see them putting warehouses in the places that were most desperate for even low wage jobs. In Ohio, for instance, they put both of their first two warehouses on the southern and eastern parts of the Columbus beltway, the part that is most accessible to the poorest parts of Ohio. Amazon has no interest in maintaining labor long term. Their business model is based on transience and high turnover. You saw it in the union fight in Alabama where the union accused Amazon of trying to buy off discontented workers with offers of $1,000 to leave. Amazon does this all over the place. It’s a way for them to keep workers from climbing the pay scale through longevity. On the job, there is incredibly close tracking of your productivity by A.I. and algorithms that quantify your output. Workers are now standing in a fixed location as the robots bring [them] these stacks of shelves that have a given item on them. The pace is being driven by the robots demanding that [they] remove the item that we as shoppers have requested from the comfort of our homes.

In the 1930s the CIO emerged to challenge industrial capitalism. In the 1960s, students led the anti-war movement and women the women’s movement. Is there a social or political base for resistance to Amazon capitalism?

I’ve come to think of the resistance in three prongs. One is the worker prong. The Alabama attempt to organize these warehouses may well have seeded ferment elsewhere and brought a lot more scrutiny to the warehouses. Then you have the antitrust front, where I think there is real energy in Washington for possible reform. That’s the high stakes fight now, and one of the biggest questions facing Biden and the Democrats is whether they are going to take this on. Then you have the consumer strand. Will there be some sort of reckoning or pullback by consumers from the one-click approach to life that they embraced this past year? [Amazon] stock almost doubled in a year, and Jeff Bezos’ personal wealth went up by $58 billion. That was all our doing.

Is the Abandonment of Guest Worker COVID Protections a Taste of Things to Come?