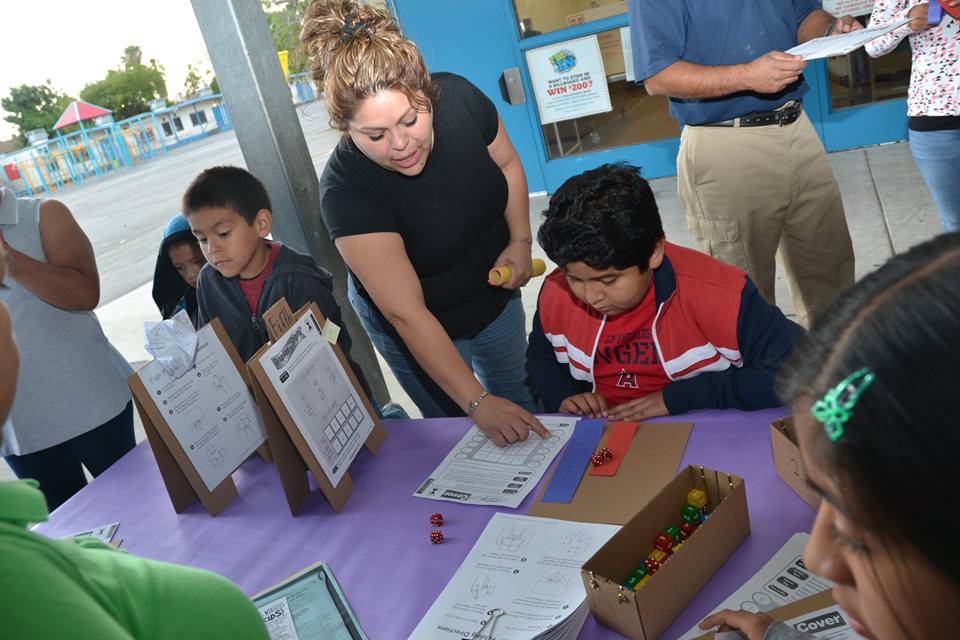 Not surprisingly, affluent students in well-off school districts have higher rates of high school graduation, college attendance and entry to the more selective colleges. This has little to do with intelligence or ability. For example, 82 percent of affluent students who had SAT scores over 1200 graduate from college. In contrast, only 44 percent of low-income students with the same high SAT scores graduate from college. This wide gap can’t be explained by differences in motivation or smarts. It can, however, be explained by differences in money.

All parents want what is best for their children, but some parents — and states and school districts — have greater means to provide them with educational resources.

Last year, the average per-student expenditure for public K-12 schools in the United States was $10,938, but states varied greatly in how much they invested in students, from $19,752 in Vermont to $6,949 in Arizona. There are also huge disparities within states, between wealthy suburban school districts and poorer urban and rural school districts. Efforts by some states to equalize funding between affluent and poor school districts — often prompted by law suits — have not significantly narrowed the per-student spending gap in part because of loopholes in the laws and in part because of huge disparities in private fundraising for public schools.

California reflects this embarrassing aspect of America’s class system. Compared with other states, California ranks close to the bottom in per-student spending on public education as well as student-teacher ratios, librarians, guidance counselors and other measures, even with the additional funding from Proposition 30. And within California, there are still huge disparities in per-student spending between school districts, despite the new local control funding formula adopted by the state legislature.

Even if the state government allocated exactly the same amount per student to every school district, disparities would remain between the wealthiest and the poorest school districts. The reason is that school districts vary widely in their capacity to supplement state funding with locally raised money.

The Los Angeles Times recently published an article that zeroed in on one aspect of California’s educational class system: local private education foundations. In his July 12 article “Private Summer Schools Prompt Debate on Education Inequality,” reporter Stephen Ceasar focused on how these foundations exacerbate the disparities between affluent and non-affluent school districts. To illustrate how the accident of geography and wealth shapes the educational opportunities available to students in different communities, Ceasar looked at the growing number of summer schools sponsored by these local private foundations.

As California school districts face budget crises, many of them have downsized or totally eliminated their summer schools. To replace publicly funded summer schools, some districts call on their local education foundations to sponsor summer schools. But, as Ceasar noted, it is the wealthier districts that are most likely to sponsor their own summer schools and affluent students whose families are most likely to have the means to pay for the summer classes that provide educational enrichment, help students make up courses they missed or failed during the academic year and look good on students’ transcripts when they apply to college.

There are over 600 local education foundations in California. They raise money from individuals and businesses to compensate for shortfalls in state funding. According to Ceasar, these private foundations “contribute to an already wide inequity in educational opportunity by offering public school credit at a cost only some can afford.”

As Ceasar reported in the Times, the privately funded summer school in Beverly Hills charges $798 per course. Its counterpart in La Cañada Flintridge charges $775. The Arcadia Education Foundation’s summer school sets parents back $605 per course, plus a $25 registration fee.

Students from school districts with mostly low-income and working-class students aren’t so lucky. Their parents don’t have the income to pay the tuition required to operate summer school. Even if those communities have a privately funded school foundation, they lack the affluent families or corporate ties to raise funds to subsidize the cost for low-income families.
The Pasadena Educational Foundation (PEF) is an exception to this pattern. Perhaps Ceasar was unaware that for the past 11 years PEF has sponsored a summer school for students in the Pasadena Unified School District (PUSD). This summer, about 1,550 students are enrolled in the summer school, which offers a wide variety of courses for K-12 students, including Spanish and Mandarin immersion classes, robotics, writing, cooking, chess, science, math, history, art, music, comedy, 3D printing and many others. High schoolers can take SAT prep classes and earn physical educational credits as well. All courses are taught by credentialed teachers.

It costs about $495 per student to operate the summer school, but PEF charges only $395 for three courses, making up the difference by raising more than $300,000 from private individuals and institutions. But PEF turns no student down if his or her family is unable to afford the summer school tuition. In fact, more than one-third of the students in the current PEF summer school are from low-income families (those eligible for free and reduced lunch). They all receive scholarships. PEF actively recruits low-income families and holds its summer school classes on several PUSD campuses, including several schools that serve the poorest students.

Pasadena’s median household income ($68,310) and its poverty rate (12.9 percent) fall in between the wealthiest and poorest communities. Students in PUSD (who come from Pasadena, Altadena and Sierra Madre) are fortunate that PEF has been able to enlist the support of the wider community for public education. Last year, PEF raised over $12 million dollars from individuals, foundations, corporations and government for a variety of programs, including its summer school.

But despite PEF’s commitment and caring, it cannot raise enough funds to compensate for the severe funding cutbacks that have devastated California public education over the past three decades. Even PEF’s remarkable summer school falls short. One-third of its summer school students come from low-income families, but two-thirds of PUSD students come from that economic group.

The huge disparities in funding raised by local private educational foundations provide just one example of our educational class system. This inequality is compounded by local school “booster” clubs that support athletics and other extracurricular activities through private fundraising, and local parcel taxes, which allow school districts to supplement state funding by levying additional taxes on residential and commercial properties. Studies reveal that California’s wealthier school districts are most likely to pass parcel taxes (which require a two-thirds vote margin to pass) and to adopt much higher parcel taxes. Put simply, voters in wealthier cities and suburbs have more discretionary income to spend on their local schools.

Additionally, affluent parents are more likely to provide their children with other educational advantages, such as first-class pre-kindergarten classes, private SAT preparation classes and private after-school, weekend and summer enrichment programs (such as summer camp, dance and music lessons and vacations abroad).

All these factors make a mockery of the idea of “equal opportunity” when it comes to education.

If California is serious about providing all students with the education they need to fulfill their potential and succeed in society, it must address two kinds of educational inequities. First, it should raise the overall level of per-student funding to at least the national average. Second, the state should significantly increase its supplemental funding for the neediest students and school districts. Equal educational opportunity demands that we spend more on low-income students than on students from wealthy families.

That’s the only way that we will raise the bar for all and also narrow the gap between the haves and have-nots. That’s an investment that will pay off for generations to come.

(This feature has been crossposted with the Huffington Post.)

Michigan: A Magnet for Charter Schools