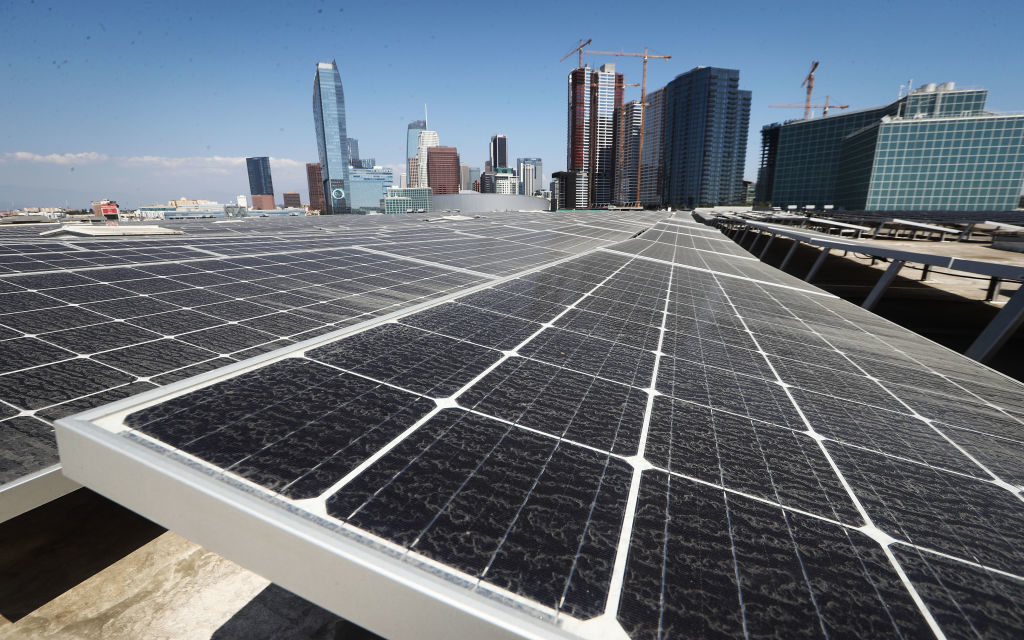 The California Business Roundtable bills itself as a nonpartisan organization concerned with the health and welfare of small businesses. Led by a constellation of executives from Enterprise Rent-A-Car, Farmers Insurance Group and others, the group has, during its more than 40 years of existence, worked both sides of the partisan divide, supporting new laws to improve the state’s ballot initiative process and siding with Common Cause to limit campaign spending.

Only one issue has united the Roundtable’s proclivities over the years: a manifest opposition to any legislation or policy written to address the climate crisis. In August 2019, Roundtable president Rob Lapsley, a self-described “fiscal conservative” who labored mostly on Republican campaigns before California’s political center moved left, expressed opposition to the state retreating from natural gas generation, asserting that manufacturing in the state “would not survive without natural gas.” Four years earlier, Lapsley had griped that the state didn’t include nuclear power and natural gas employment in the category of “green jobs.”

Only one issue has united the California Business Roundtable’s proclivities over the years: a manifest opposition to any legislation or policy written to address the climate crisis.

Now the Roundtable has lined up to oppose Proposition 15, “The California Schools and Local Communities Funding Act of 2020,” a ballot measure that would tax corporate properties on their market value instead of the formula enshrined in California’s 42-year-old property-tax gutting initiative, Proposition 13. That law limits taxes on “real property” – the kind that occupies land — to one percent of a parcel’s original purchase price unless the property changes hands or undergoes significant improvements.

California law distinguishes real property from “personal property,” which is basically everything else, with some exclusions: Farm irrigation equipment is considered personal property, even though it sits on agricultural fields; so are cargo containers.

Roundtable participants and other Prop. 15 opponents include corporate CEOs and chambers of commerce; their objections to a measure that would levy higher taxes on their developments – to the tune of up to $12 billion – is hardly surprising. What’s curious, considering that the oil and gas industries have raised more than $154,000 for the No on Prop. 15 campaign, is what this campaign names as the ballot measure’s “Flaw #2”: The proposed law would slow California’s renewable energy goals because it subjects nonresidential solar developments to new taxes.

Since the passage of Prop. 7 in 1982, solar installations have been granted an exemption from “real property” taxes.

It’s hard to know if Prop. 15 would have that effect. “Active solar energy systems have always been, as a matter of California constitutional law, ‘real property,’” Kirk Stark, professor of tax law and policy at the University of California, Los Angeles, said in an email. But solar installations have long been granted an exemption from proprty taxes. In 1980, two years after California’s “taxpayer revolt,” voters passed Prop. 7, which “changed the application of Prop. 13 with respect to any active solar energy systems.”

Before Prop. 7, Stark said, solar energy systems added to a building “would constitute new construction and thus [their] cost would be added to the real property tax assessment.” In other words, if you added a solar array to your property, the law regarded it as new construction. According to the law of Prop. 13, then, your taxes would no longer stay at 1 percent of the original purchase price of your building. Your property value would be reassessed, and you would be taxed (mostly likely upward) at current market rates.

What Prop. 7 did is allow lawmakers to declare that solar energy systems, standalone or added to a development, would not constitute new construction or a significant improvement on a property, so as not to discourage people from installing or constructing clean energy generation. But they remained in the category of “real property.”

Whether or not No on Prop. 15’s PR is right about the initiative’s potential to disincentivize clean energy, the prospect was sufficiently worrying that the Solar Energy Industries Association also weighed in. If Prop. 15 passes, the trade group claimed, currently excluded solar installations would be “subject to property tax at their full fair market value.”

To allay that concern, solar’s defenders, including environmental groups and the solar lobby itself, asked Sacramento lawmakers this year for a bill that would permanently recategorize commercial solar installations as personal property, forever exempting them from real property taxation. The result was state Senate Bill 364, introduced by Sen. Holly Mitchell (D-Los Angeles). (Solar on homeowner’s rooftops would remain “real property” and protected by Prop. 7’s exemption.)

“We supported [the legislation] out of an abundance of caution,” said Alex Stack, spokesperson for Schools and Communities First, the coalition leading the Yes on Prop. 15 campaign. “It was never our intention to affect [clean energy].” The bill has already passed out of Senate committees and cleared the Assembly with two votes to spare. The Assembly version now goes back to the Senate for final confirmation, where it is expected to win approval, rendering at least one of the No campaign’s objections moot.

Considering their expressed concern for clean energy, one might expect that the California Business Roundtable and its cohort would wholeheartedly back SB 364 and push to strike language from the No campaign’s website that says Prop. 15 would threaten clean energy. Instead, the Roundtable has fought Mitchell’s bill as well. SB 364, Lapsley told CalTax News, is “clearly unconstitutional and flies in the face of decades of established case law.”

SB 364 “won’t provide relief to the clean energy sector, and it will be immediately challenged in court and overturned,” Matt Klink, spokesperson for the No on 15 campaign, told me. “The only way to truly protect the solar industry is by defeating Prop. 15 in November.”

UCLA’s Kirk Stark said it isn’t obvious to him that courts would necessarily agree that SB 364 is unconstitutional. “Prop. 15 itself authorizes the legislature to decide how to implement it,” he said, “and it’s certainly possible that courts would defer to lawmakers on what is and is not subject” to the proposed law.

Mike Young, president of the California League of Conservation Voters, believes reclassifying solar is a good thing to do no matter what. “The bill ensures California can continue its climate and energy leadership,” he said in an emailed statement. “Its opponents have a long history of working to undermine that effort. This is just their latest stunt to set back the progress the state has made.”

In California at least, business interests evidently consider clean energy popular enough to use it as a political cudgel.

Looked at another way, the tangled messaging around Prop. 15 could be an encouraging sign for anyone concerned about global temperatures spiking. In California at least, business interests evidently consider clean energy popular enough to use it as a political cudgel. They’re not wrong. A survey released late last month by the Public Policy Institute of California (PPIC) found that Californians name global warming as the top environmental issue facing the state. “When we first started asking this question in 2000, it came up zero times,” Mark Baldassare, PPIC’s president, said in a webinar. Now California residents stand firmly in favor of government efforts to cut greenhouse gas pollution.

“We’re shocked that [the No on 15 campaign] is actually going this far,” Prop. 15 spokesman Alex Stack said. “They’re using solar and the state’s renewable energy goals as a talking point [against the ballot measure], and then trying to kill the bill that would protect renewable energy goals. It’s just beyond.”