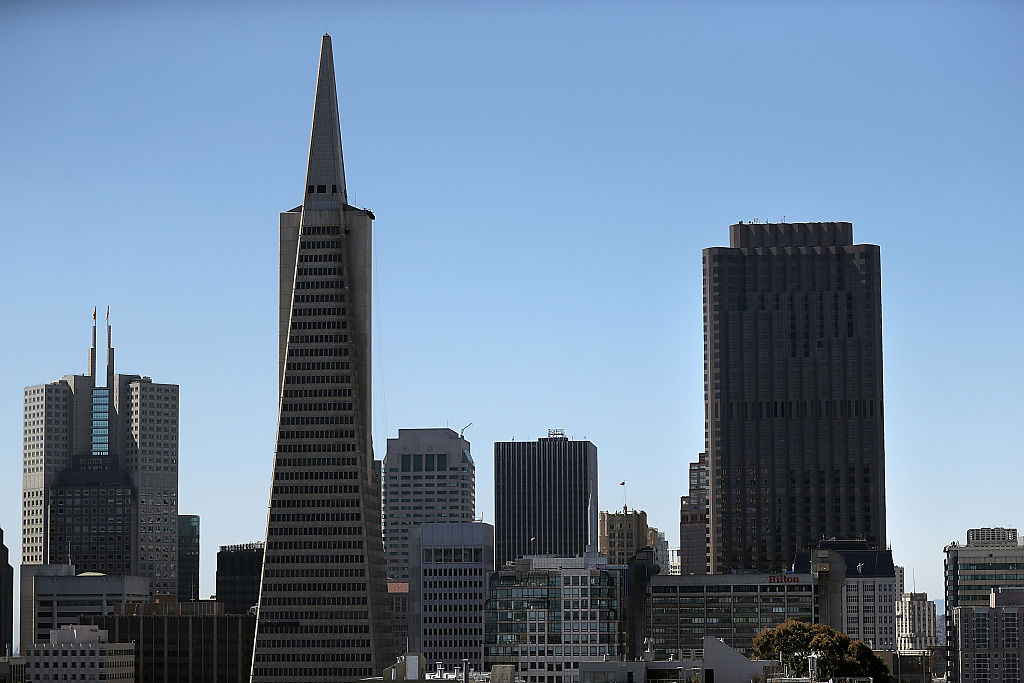 Pandemic or not, in less than four months Californians will face two monumental choices at the ballot box. One will help determine the presidency for the next four years; another could begin to repair 40 years of economic damage self-inflicted upon the state’s education system.

In June the Schools and Communities First campaign submitted some 1.7 million voter signatures required to place “The California Schools and Local Communities Funding Act of 2020” on the November 2020 ballot.

The initiative, Proposition 15, placed second on the state ballot, would create a split roll system by establishing a commercial assessment that looks at present land values. In the current system,  both commercial and home properties are taxed at the same rates, but commercial properties’ taxes have barely gone up because they’re structured in such a way as to circumvent the kind of reassessments that residential properties cannot avoid. The ballot measure aims to hike commercial tax rates and potentially raise billions to support funding for schools and other public infrastructure. (Disclosure: Some of SCF’s leading backers are financial supporters of this website.)

A state analysis says a shift of most commercial and industrial properties to market value assessment would increase those properties’ annual taxes by $6.5 billion to $11.5 billion.

Supporters of SCF know that by putting Proposition 15 in play they are leaping feet first onto California’s third rail of state politics – the property tax system put in place in 1978 by Proposition 13. That measure passed in a landslide vote, rolled homeowner taxes back to 1975 levels and fixed the tax rate at a maximum of 2 percent a year. Prop. 13 has remained largely unaltered for more than 40 years and virtually untouchable in the minds of many California homeowner voters.

Reform advocates at the grassroots and in government argue that since it was put into place the tax structure has undercut funding for parks, schools and other public amenities; many who have navigated the arcane California tax political terrain for decades were part of crafting an initiative that won’t bring on the buzz saw from some of the largest business interests in the state.

Agricultural land taxes would remain largely untouched under Prop. 15 and commercial properties valued at under $3 million – the kind of places that rent to small businesses – would not be reassessed. Proponents had initially submitted a measure for the 2020 ballot that lumped small-fry commercial tracts in with the likes of multinational giants that evade tax adjustments under Prop. 13 rules. Partly in the interest of expanding the base of support they refiled for the 2020 elections with the small commercial property’s adjustment.

In 1985, seven years after Prop. 13’s passage, per-pupil spending in California dropped from fifth in the nation to 40th place.

November’s SCF referendum actually has little to do with what has made Prop. 13 sacrosanct for California homeowners. It doesn’t touch their property tax protections but is, rather, aimed at recalibrating the present commercial property tax system that Prop. 13 put in place – a structure, SCF proponents argue, that drains the state of as much as $11 billion annually.

Among the seismic shifts Prop. 13 caused in California’s revenue streams was the creation of a structure that allows big commercial properties to evade reassessment to higher tax rates even as land values go up. 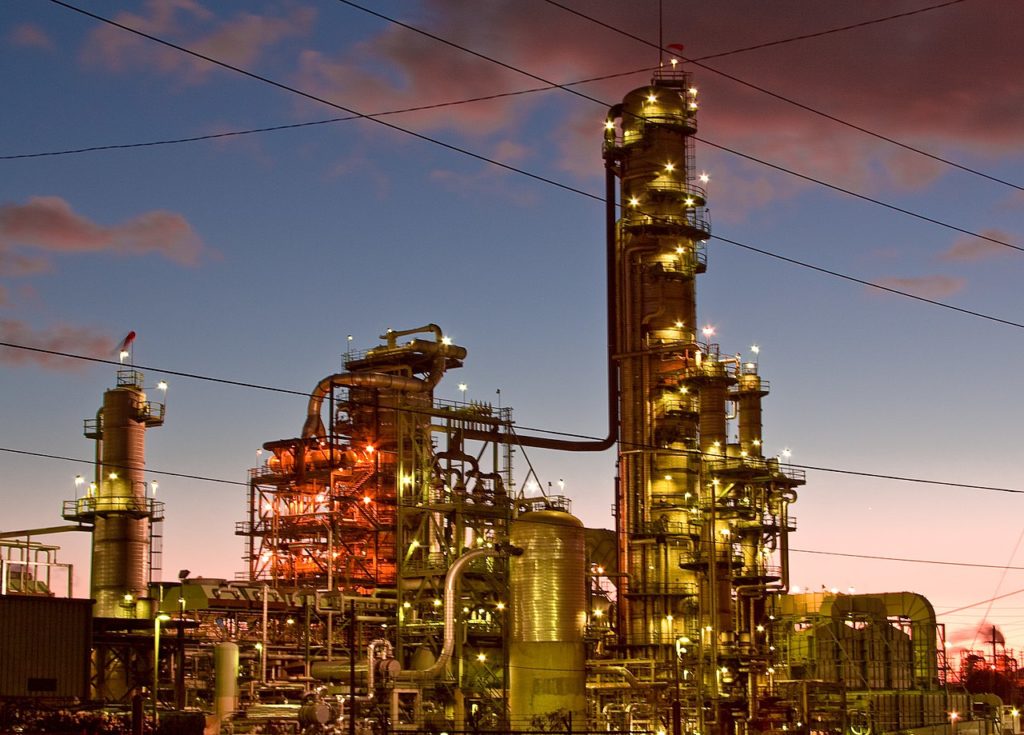 According to a policy brief published in 2018 by the Make It Fair coalition, oil giant Chevron saves $100 million or more annually on its property taxes because its statewide properties, which include gas stations, oil fields and refineries, go unassessed or underassessed. The coalition’s brief was based on analysis by the University of Southern California’s Program for Environmental and Regional Equity (PERE).

It’s far different for homeowners. While a typical buyer-to-seller home sale transaction triggers reassessment and the new residential property owners pay a tax that is adjusted to present market prices, commercial property can go years without taxes being reassessed.

That’s because of the many ways commercial and industrial properties can change hands (e.g., real estate investment trust transactions; private equity buyouts; corporate purchases of companies; publicly traded stock sales; bank mergers) in which no straightforward change of name appears on the deed your local county tax assessor would note.

Furthermore, if commercial land sits idle for years with no construction or other changes on it to trigger tax reassessment to reflect current market value, the property tax rate stays the same.

A recent California Legislative Analyst Office assessment showed that,  “Overall, $6.5 billion to $11.5 billion per year in new property taxes would go to local governments. Sixty percent would go to cities, counties, and special districts. The other 40 percent would go to schools and community colleges.” A February 2020 PERE analysis estimates that between $10.3 billion and $12.6 billion would become available to state coffers in the next two years if “commercial and industrial properties were assessed at market value.”

In Los Angeles County, 57% of industrial and commercial properties haven’t been reassessed for two decades.

Californians have been increasingly on the hook for more sales taxes and local fees to fill in the gaps as local governments scramble to fund schools and municipal services and amenities like park maintenance and road repair.

In 1985, per-pupil spending in California dropped from fifth in the nation to 40th place.

As the summer wears on, the fight is just heating up. Last week Politico reported that the pro-Prop. 15 campaign has spent $2.6 million, while its opponents have answered with $4.2 million. In one corner sits a coalition that includes the Service Employees International Union State Council, the California Teachers Association and Chan Zuckerberg Initiative, along with a panoply of such civic and social justice organizations as the California League of Women Voters, the Advancement Project and the voter-mobilization operation California Calls.

Other Prop. 15 opponents include the California Chamber of Commerce and the Howard Jarvis Taxpayers Association, named for the one-time Senate and Los Angeles mayoral candidate and California Apartment Owners Association lobbyist who was the face of Prop. 13 in the mid-1970s. He appeared regularly in the media decrying “the moochers and loafers” in government who squander property tax dollars.

Jarvis’ message tapped into the rising unease of 1970s homeowners—and resonates in today’s uncertain times. “If businesses lose their Prop. 13 protections, homeowners will be next,” says the website for Californians to Save Prop. 13. Also in the ring– of course: the present occupant of the White House.

Raphael Sonenshein, executive director at the Pat Brown Institute for Public Affairs at California State University, Los Angeles, thinks that California voters have been waiting for years to vote against Donald Trump, whom he calls “the largest noisemaker in the history of American elections” that will propel voters to cast a ballot. The $11 billion question, though, is will those voters also want to jump onto that third rail?