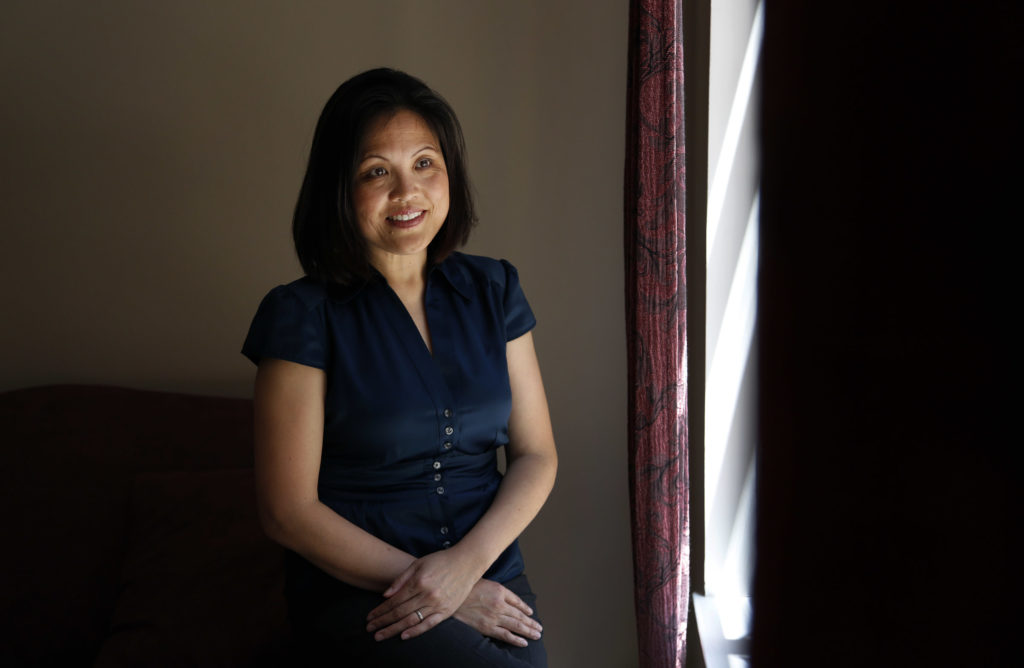 Governor Gavin Newsom has appointed a new commission to come up with a blueprint for what the future of work should look like in a complex state that leads in technological innovation yet has a housing crisis. If that sounds daunting, a statement from the commission reassures that “the technology may be different, but we have been here before.”

That reference to the past is a nod to the fact that this is not the first time a California governor has put into a place a commission to grapple with rapid innovations in technology and economic equality. Back in 1964 then-Governor Edmund “Pat” Brown created a commission to study and make recommendations about the future of work. It was called the California Commission on Manpower, Automation and Technology. “I believe that the promise of the new technology is greater than its peril,” Brown said at the time, adding, “It’s within our power to realize the promise.  If we can create the new technology, then we can harness it. We can become its beneficiaries instead of its victims.” In 1964 one of the big concerns was automation causing job loss; today there are worries about workers being replaced by artificial intelligence and robots. 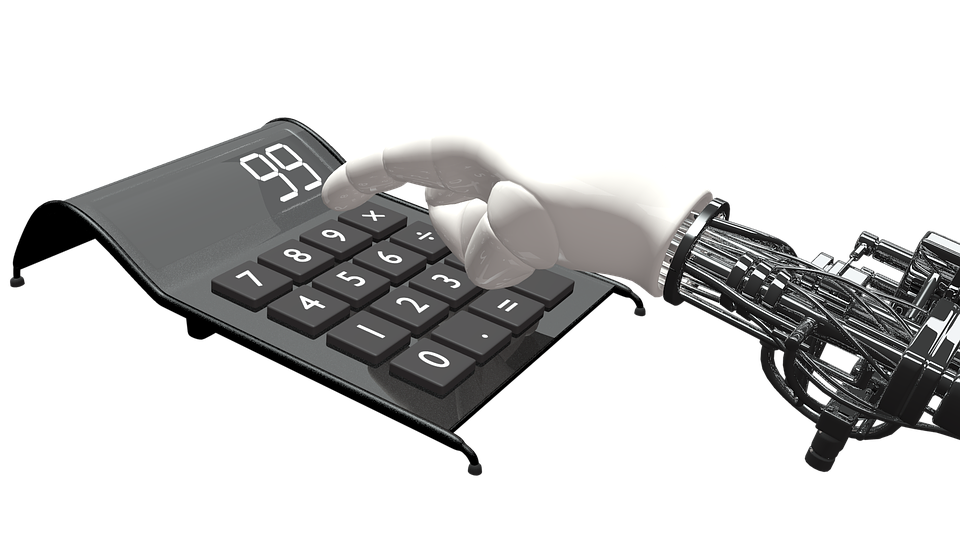 At a second convening of the commission earlier this month at the Stanford Design School, several technology experts tried to dispel frightening visions of robots taking over the world. Commission member Peter Schwartz, Chief Future Officer at Salesforce, chimed in that “We don’t need to worry about Arnold Schwarzenegger coming as the Terminator anytime soon.” On a more serious note, Schwartz emphasized the importance of a well-rounded education. “I work at a company that hires thousands of coders,” he said. But the futurist explained that what makes someone a good hire isn’t coding skills alone. “It’s the ability to work with other people, because you rarely sit there by yourself, you are part of a big team. So empathy, collaboration — these are the right skills to think about.”

The goal of the endeavor, according to the commission’s website, is “to develop a new social compact for California workers, based on an expansive vision for economic equity.” Over a half-year period 21 commission members from labor, politics and industry will attend seven brainstorming sessions, all with different focuses, with the aim of producing a final report by December 31, 2020.

While there has been discussion among commission members about the implications of artificial intelligence, there has been even more talk about the impact of the gig economy. “The economy right now isn’t working for workers,” Newsom said in an August press release announcing the commission’s membership. “While our state is ground zero for the technological and economic transformations that are shaping the future of work, Californians are facing a crisis of opportunity and affordability.”

Newsom tasked state Labor Secretary Julie Su to help lead the commission. In an interview with Capital & Main conducted shortly before the commission meeting, Su shared her thoughts on the future of work – and offered some pointed views on California’s ongoing battle with the Trump administration.

Capital & Main: You’re one month into figuring out the future of work in California. What can you report so far?

Julie Su: I’m happy about how big-thinking people are willing to be without having answers right away. These are people who are really smart, leading figures from different sectors, and we are asking them not to land on solutions right away, but to really delve into the problems, and to imagine the possibility that some of the solutions— we don’t know what they are yet. It’s really exciting.

“Being a union member is more of an important factor in terms of wages than having a college education.”

With all the more immediate problems that California is facing, why did Gov. Newsom decide that after 55 years it was time for a new future of work commission?

My sense is that this is something that he has long been very interested in. Where is work going? What is it going to mean? What strategic interventions should we take, what policies can we undertake to make a positive impact? Part of Gavin’s brilliance is a desire to tackle tough things and a belief that if you bring together good people in California, anything is possible.

All the data about inequities in our society is stunning. Over 30 percent of Californians make less than $15 per hour. A lot of these people are African-Americans, Latinos and other minorities. And upwards of 20 percent of those making sub-$15 wages have a college degree or some college [experience].

Then you learn that productivity has increased by several hundred percent over the last 40 years, but wages have only increased by 11 percent. So, it’s not about people not working hard enough, it’s about a deeply unequal distribution of goods.

The other thing that I thought was so interesting that came up is the fact that being a union member is more of an important factor in terms of wages than having a college education. It’s not that a college education isn’t useful. But we do want to look at why, for certain communities, it’s not as beneficial? One of the things it tells us is that having skills is not enough. We have to focus on the quality of jobs that are being created in our economy

At the first commission meeting – a two-day session in Sacramento — there was a lot of talk about the “gig economy” and whether or not it’s a good thing. That was days before Governor Newsom signed Assembly Bill 5, the so-called Uber bill, which seeks to reign in Uber, Lyft and others in the California economy that are hiring workers as independent contractors, rather than as company employees.

Some of the issues that AB 5 is trying to address include the idea that people are working hard and they are not getting ahead, or that they are working, but they are being misclassified and deliberately being taken out of the protections that employees have fought very hard to have.

We need interventions and policies that are going to address those kind of abuses of the system. What used to be good, long-term jobs where you could support your family, we have seen that deteriorate. One example are long-haul truckers who are being misclassified as contract workers. You have a whole class of people who are struggling day to day, who do not know what they are going to make that day. It’s a kind of day-labor-ification of our economy. But those issues, they did not begin with Uber and Lyft and they are not going to end with Uber and Lyft.

So our fundamental task is to address that, and to figure out, what makes a good job? How do we invest in and promote those kind of jobs? And beyond what’s measurable—wages, salaries and benefits—there are certain intangibles. It’s probably why you and I do our jobs, because of fulfillment and purpose and impact.

But isn’t the creative destruction that new technologies like Uber create a good thing, giving workers more flexibility so they can fit in family needs and supplement income from elsewhere?

One of the more interesting comments I heard was from commission member Saru Jayaraman [an author and leader in advocating for better wages for restaurant workers], who said she rejects the entire notion that caregiving jobs are low-skill-jobs.

I totally agree with that. There is nothing inherent with these jobs that make them low-skill jobs. Low-wage and low-skill: They should not be equated. It’s about power and the balance of power.

Something else that came up at our first commission meeting was the fact that at the turn of the 20th century, manufacturing jobs were considered really poor jobs. These were low-wage jobs, [with] really long hours. They were very dangerous. You had children working them. And because of a slate of changes, which included governmental policies, union organizing and focusing on upgrading those jobs, these became good jobs, respected jobs. If you look back in history and what transformed the manufacturing sector, we need to double down on some of those.

I’m wondering if you have thoughts on what some people are calling President Trump’s war on California and whether or not it is having a negative impact on the future – or at least the present — of jobs? I’m talking about things like trying to eliminate fuel economy standards that auto companies have already bought into, cutting billions of dollars in high speed rail funding, allowing fracking and more oil exploration on federal lands when California is supposed to be all about the green economy?

One of the most wonderful things about being in California is that we are the fifth-largest economy in the world. What we do both matters and can withstand some of the assaults by President Trump and the federal government. The priorities of this governor and what we do have become more important than ever.

Of course what’s really impacting California is the flat-out racism, the anti-immigration policies, the horrific degrading of immigrants outside our borders and inside our country by the Trump administration. It’s not just creating a crisis in our economy, it’s a crisis in our democracy.

Porch by Porch, One Pennsylvania Rises