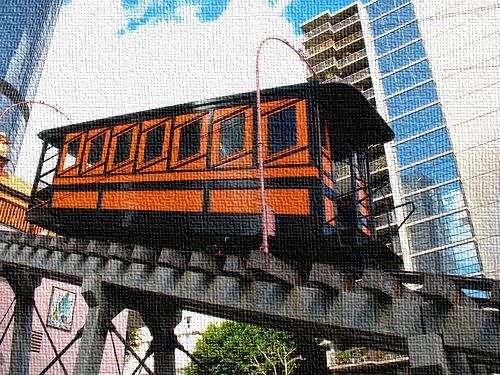 Last week, one of the country’s oldest and largest public economic development programs came to an inglorious end when the governor and Legislature pulled the plug on California’s 400 redevelopment agencies.

So why did the governor and lawmakers end the state’s only real community revitalization program, especially at a time when there is such great need for jobs and affordable housing?

The biggest reason was the desire of local governments and the state to use the programs’ resources — about $6 billion a year statewide — to fill budget holes. But part of the fault also lies with the agencies, which never fully articulated a mission or resolved tensions between public purpose and private profit.

The purpose of redevelopment, laid out in the original law authorizing it, was to “eliminate physical blight,” which was interpreted by many courts and redevelopment agencies as simply tearing down or renovating dilapidated buildings. Some agencies even went so far as to designate undeveloped land as blighted. Redeveloping such properties opened the door for local governments to contract with for-profit developers, and while some effort was made to build affordable housing and invest in poor communities, redevelopment also became a way for wealthy people to make money at taxpayer expense.

This, of course, was not the whole story. Some redevelopment agencies made it their primary mission to address the critical needs of low-income neighborhoods. The L.A. Community Redevelopment Agency — where I served as a volunteer commissioner for nearly a decade — helped to build nearly 40,000 affordable housing units for families, seniors and tens of thousands of low-income Angelenos. The agency’s legacy includes Plaza Pacoima, NoHo Commons and the upgrading of Hollywood Boulevard, Little Tokyo and Chinatown. It also built parks, sidewalks and community cultural institutions throughout the city, and these projects brought with them tens of thousands of construction and permanent jobs.

Part of the success of L.A.’s redevelopment program over the last six years came from a more deliberate articulation of a public purpose, and the creation of policies and programs to implement that purpose. The agency’s mission statement, developed in 2006 after Mayor Antonio Villaraigosa took office, called for making “strategic investments to create economic opportunity and improve the quality of life for the people who live and work in our neighborhoods.” The goal was to invest carefully in projects that worked for both developers and Los Angeles. The agency began insisting that construction projects provide middle-class career opportunities for local residents, that new affordable housing be created and that projects employed green building standards and contributed to healthy neighborhoods.

But even in L.A., where a majority of the projects in the last 10 years created clear community benefits, the conflict between public purpose and private profit led to some projects that were simply wrongheaded from the start and didn’t deserve public investment. The best example was a garment factory that was given CRA/LA-owned land and a $2-million subsidy in 2009 to move from South Gate to South Los Angeles, creating very few new jobs — and taking jobs away from another needy community.

There were also projects that could have produced significant community benefits but didn’t, simply because officials failed to negotiate a better return on public investment by creating strong, enforceable contracts. Because the purpose of redevelopment was simply to get projects built, developers were treated as “customers” and too often allowed to dictate the terms of the deals. This led to problematic developments such as Midtown Crossing, Marlton Square and Beacon Street lofts, three long-delayed projects that have limited public benefit and significant public subsidies.

Instances where taxpayer money was used to benefit a narrow set of wealthy developers not only outraged critics, they also helped build a broader public distrust of redevelopment. Some redevelopment critics oppose any role for government in economic development. But problem-plagued and ill-conceived projects that have lined the pockets of developers without serving the public good have also drawn the wrath of community leaders, homeowner groups, churches and small businesses that embrace the need for government involvement in redevelopment.

The old model for revitalizing communities is now dead. But the need for community revitalization is still great, and the government must play a role in creating good jobs, affordable housing and a healthy environment in distressed communities across the state. This time, we need to get it right. The governor and Legislature should get to work articulating a clear vision and purpose to guide the investment of increasingly scarce taxpayer dollars.