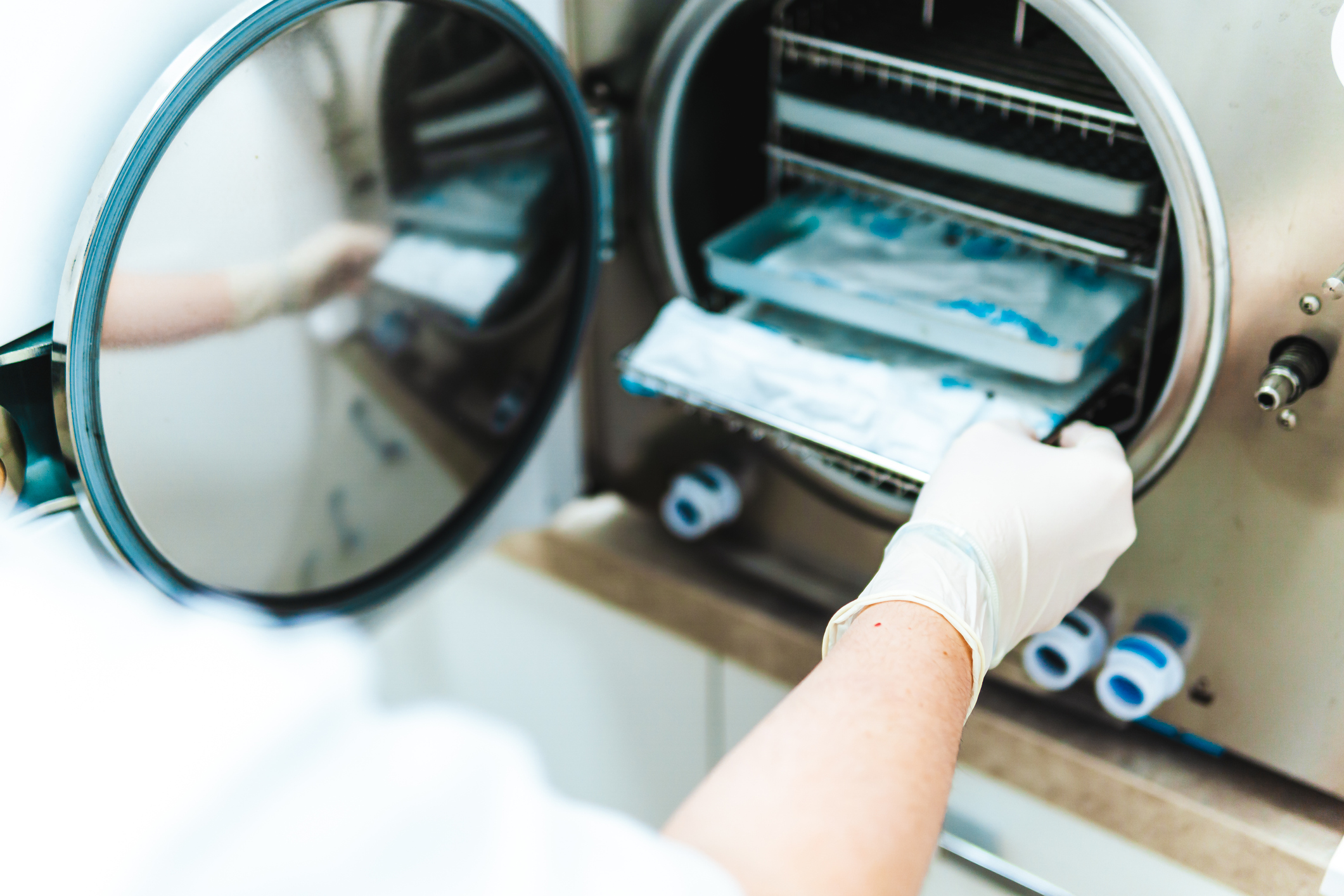 Late one warm Saturday morning in mid-March, a group of five longtime residents of Southeast Los Angeles gathered in a cramped office in Maywood to talk about living in one of the most heavily polluted areas in California.

They recalled the vast legacy of soil contamination due to air emissions from the now-shuttered Exide lead battery recycling facility, and shared their fears of letting their children and grandchildren play in lead-contaminated dirt. They described the rumbling noise and noxious smells from the near-constant heavy truck traffic in the industry-rich area. Maybe most frightening, they said, was the brown or gray water that can flow from their kitchen and bathroom faucets and which they suspect comes from contaminated sources.

Such is life in Los Angeles neighborhoods bounded by freeways, truck routes, industrial and waste sites. Now, when everyone thought they knew of every imaginable health threat, residents were warned of another potential hazard.

In the office of local community organizer Felipe Aguirre, the group was informed of a chemical used at two nearby plants that disinfect medical items like wound dressings and stents.

Ethylene oxide — often shortened to just EtO — is highly toxic and can be emitted in the air from such facilities. The Environmental Protection Agency determined that EtO is carcinogenic, with links to lymphoma, leukemia, stomach and breast cancers. Short of cancer, EtO irritates the eyes, nose, throat and lungs, and it has been linked to damage to the brain, nervous and reproductive systems.

At the Maywood meeting, Elda Peralta, who has lived in the city since 1993, said that after decades of organizing against toxic emissions in her community, she and other residents thought they knew of all the local threats. After hearing of the medical sterilizers in her city, she said, “We’re disillusioned.”

The Fight Over EtO

The chemical is used to sterilize 50% of medical devices in the country, and EtO is an important ingredient in all sorts of other industrial processes, like the manufacture of antifreeze, plastics, pesticides and pharmaceuticals.

For the last few years, ethylene oxide has been at the heart of a torrid national battle between government and industry. In 2016, the EPA issued a revised hazard assessment for the chemical updating its cancer-causing risks. During the Trump administration, however, the agency attempted to weaken that assessment at the behest of the powerful chemical industry, using an alternative analysis by the Texas Commission on Environmental Quality (TCEQ) that significantly underestimated those risks.

That effort ultimately failed. In January, the EPA formally rejected the TCEQ’s alternate analysis, instead using its original 2016 assessment to underpin new stricter rules governing certain chemical plants. The EPA has also moved in other ways to better regulate ethylene oxide. At the end of last year, for example, the agency required 29 additional medical sterilization facilities — five of them in California — to begin reporting their emissions to a national toxic emissions inventory, writing, “This will help inform EPA’s future actions and empower communities to act at the local level.”

It’s unclear how many facilities use and release ethylene oxide. The California Air Resources Board doesn’t maintain a full statewide list.

The worst EtO-emitting facilities are primarily found in Texas and Louisiana. In the latter, a near 100-mile stretch of the Mississippi River has been dubbed “Cancer Alley” for its chemical and petrochemical plants that pump toxic pollutants like ethylene oxide into the surrounding community.

In California, which established regulations for EtO use decades ago, it’s unclear how many facilities use and release ethylene oxide. The California Air Resources Board (CARB) doesn’t maintain a full statewide list. The South Coast Air Quality Management District (SCAQMD), encompassing California’s largest metropolitan region, provided a list of 34 permitted ethylene oxide emitting facilities, including one in the Los Angeles Zoo.

According to Robert Krieger, chief of CARB’s risk reduction branch, ethylene oxide releases at California’s facilities don’t come close to the level of the worst emitting plants nationally. The worst ethylene oxide polluters in California tend to emit hundreds of pounds versus potentially tens of thousands of pounds from sites in other states. Where recent data is available on the SCAQMD’s website, some of the 34 facilities on the agency’s list show annual ethylene oxide releases of less than a pound. Some, though, are in the tens or hundreds of pounds.

But even at relatively low levels, California’s medical sterilizers still pose a potential threat to frontline communities, said Michelle Mabson, a staff scientist at Earthjustice’s Healthy Communities program. Because with long-term exposure over time, “I think hundreds of pounds is something to be concerned with for a carcinogen,” she said.

Indeed, when assessing cancer risk, the EPA uses a threshold of one in 10,000, meaning that over a lifetime of exposure, one person out of 10,000 will likely develop cancer. The Sterigenics medical sterilizer facility in Ontario, east of L.A., has an estimated lifetime cancer risk in the immediate vicinity more than three times higher than the EPA deems acceptable, according to a recent ProPublica air pollution map using five years of EPA data.

What also worries environmental experts is a potential shortfall in the rules: the unregulated off-gassing of ethylene oxide from medical equipment in warehouses or other locations outside the controlled confines of the sterilization chambers. Toxic releases that are not controlled or captured are called fugitive emissions.

“We know that oftentimes, when a product has been sterilized with ethylene oxide, it continues to off-gas for hours after the sterilization process.”

In 2019, for example, Georgia’s state Environmental Protection Division charged the owner of such a warehouse near Atlanta for operating without an air quality permit. The estimated emissions at the warehouse were higher than from a nearby sterilizer facility.

“We know that oftentimes, when a product has been sterilized with ethylene oxide, it continues to off-gas for hours after the sterilization process,” said Marvin Brown, an associate attorney with Earthjustice. “In that process, the off-gassing poses a major risk to human health for communities that live nearby those warehouses.”

Regulators are now eyeing the threat from storage facilities. In an information collection request last year, for example, the EPA asked medical sterilizer facilities about where exactly they store their products.

According to an SCAQMD spokesperson, the entire sterilization process “from the introduction of EtO in the sterilization process to the end of aeration process” is regulated in California, each step requiring ventilation to air pollution control equipment. “Therefore any EtO emissions from warehouses would still be subject to the air pollution control requirements of the rule,” the spokesperson wrote. This is among the strictest such rules in the country.

But in reality, warehouses across the state are “poorly” policed, said Jane Williams, executive director of California Communities Against Toxics.

California, while “very good” at regulating emissions at the chimney stacks, is “not very good at regulating fugitive emissions,” Williams said. Indeed, the SCAQMD does not conduct fenceline monitoring for ethylene oxide at these facilities.

That said, the SCAQMD is taking steps to better understand the potential footprint from ethylene oxide in some of the state’s most vulnerable communities.

Efforts to minimize commercial EtO emissions fail to address a blind spot: the cumulative health impacts from contaminants in areas with multiple sources of contamination.

The monitoring equipment that SCAQMD will use, however, does a poor job of accurately detecting EtO. That’s why later in the year, the SCAQMD will use funding from an EPA grant to test a bespoke ethylene oxide monitor newly developed by Aerodyne Research. “Once data is collected and goes through the final quality controls, it will be evaluated, and next steps will be determined,” the SCAQMD spokesperson wrote.

Federal and statewide efforts to minimize commercial ethylene oxide emissions fail to address a blind spot in environmental protection: the cumulative health impacts from contaminants in areas with multiple sources of contamination.

“We need to look at the full number of facilities in an area and not just parse them out,” said Michelle Mabson, who explained that when regulators assess the relative risk of a facility’s toxic emissions, that assessment doesn’t factor in all the sources of pollution in the surrounding area.

This omission may be glaring in Los Angeles’ heavily industrialized neighborhoods. The locations of the four plants being studied in the SCAQMD’s mobile monitoring program rank among the top 5% most pollution-burdened areas in the state, according to an interactive state map that factors in multiple sources like air pollution, drinking water contamination and proximity to hazardous waste sites. Nearly 60% of the permitted ethylene oxide facilities within the South Coast air district are in the top 10% most environmentally burdened communities in California.

“That’s where we want to see all these environmental agencies get to,” Mabson added, “looking at all the facilities, all the pollutants, all the potential vulnerabilities that a person may face, and characterize that when they come to a decision for mitigating emissions.”

Some wonder whether ethylene oxide is needed at all. Indeed, the Food and Drug Administration is in the process of studying alternative sterilizer agents. Furthermore, the EPA is expected to propose new medical sterilizer rules later this year under the Clean Air Act. But whatever shape the final regulations take, they won’t go into effect for years. As this plays out, many families in the vulnerable communities where these plants are often found will continue to wonder how much their environment is impacting their health. The five Maywood residents described a pattern of ailments among their loved ones that included severe respiratory conditions and allergies, heart problems and rashes. They all know of neighbors battling cancer.

“It’s so important to lower emissions because it is so difficult to control these chemicals,” said Tracey Woodruff, director of the University of California, San Francisco’s  program on reproductive health and the environment. “That’s what’s so tricky about air pollution — eventually it gets inside the house.”

Who Is Steve Marshall? And Why Is Corporate America Still Supporting Him?