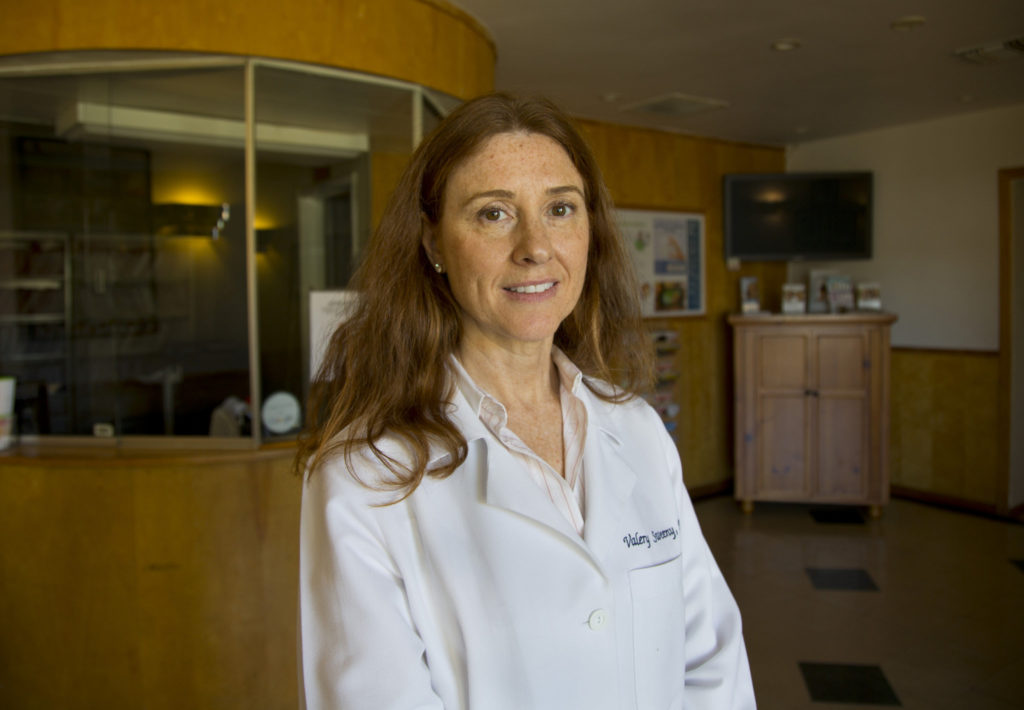 On same the July day in 2009 when President Obama held a prime-time press conference on health-care reform, Governor Arnold Schwarzenegger tweeted a video of himself showing off a hunting knife. The symbolism wasn’t hard to discern: More than year into the Great Recession, the state was facing a budget shortfall of $26 billion, and Schwarzenegger was about to sign one of the most austere funding packages the state had ever seen. He meant the knife — and his concomitant offer of personally autographed cards as a revenue source — to inject some light-hearted fun into an otherwise dire message.

Except it wasn’t funny. Before the metaphorical knife was sheathed, California legislators had eliminated $15 billion from health and human services, including vital assistance for children, seniors and lower-income adults. Domestic violence shelters, daycare for disabled adults, children’s health insurance and rural community clinics were all shredded in that historic budget deal, as were vision, podiatry and acupuncture benefits for people enrolled in Medi-Cal, California’s implementation of Medicaid, the federal health-care program for people living near the poverty line.

The most dramatic cut of all, however, went to the program that paid for Medi-Cal participants’ teeth. The $109 million cut to Denti-Cal completely eliminated everything but emergency care for adults, limiting the program exclusively for children. It left three million people stranded without a means to pay for their dental care — even if, as was true in some cases, that dental care was already in process.

Six years later, in May of 2015, some of the same legislators — albeit under a different governor — were no longer bickering over painful but necessary budget cuts, but arguing about what to do with a projected state-budget surplus of $8 billion. That same year, the legislative analyst’s office projected that a temporary tax hike, passed by voters in 2012 as Proposition 30, would contribute roughly $9 billion to the state treasury.

Prop. 30, which increased the personal income tax on wealthy individuals for seven years and added a quarter-cent to the sales tax for four years, was explicitly meant to raise revenue for education and public safety. But by taking the burden off school funding, which is constitutionally guaranteed a percentage of general fund revenues every year, the tax hike has also helped lawmakers restore some of those services gutted in the summer of 2009. A drug-treatment program suspended during the budget crisis has been brought back in full; acupuncture is covered once again under Medi-Cal. This summer, the legislature reinstated cost-of-living adjustments to the state supplementary program for seniors, the blind and disabled. When it kicks in on January 1, 2018, it will mark the first cost-of-living increase to the program in a decade.

Nonprofit: California is not even at the health-care baseline that existed before the recession.

Some dental services are back, too: Provider reimbursements for subsidized dental care were raised by 10 percent in 2014, and the program will once again pay for at least some adult dental care.

Prop. 30 isn’t the only reason access to health care has improved overall in the past few years in California. The Affordable Care Act brought low-income single adults under the umbrella of Medi-Cal, and an overall improved economy has added income tax revenues to the state’s coffers. But its contribution, however indirect, remains critical to the ongoing restoration of health and human services.

“To the extent that we have seen increases in those areas, it’s fair to say some of it was made possible because Prop. 30 brought additional revenues into the state treasury,” says Scott Graves, director of research at the California Budget and Policy Center, an independent and nonpartisan think tank that looks at how tax and budget policies affect low- and middle-income Californians. “If those revenues go away, there would likely be cuts [to health services] at some point down the road.”

That worries some health advocates, who say health-care benefits for economically disadvantaged Californians are still far below where they need to be.

“We’re not even at the baseline that existed before the Great Recession,” says Anthony Wright, executive director of Health Access California, which advocates for health-care consumers in the state. With both of Prop. 30’s tax increases expiring in the next two years, Wright worries that that baseline will be forever out of reach. “Education has its Prop 98 formula,” he says, referring to the 1988 ballot measure that wrote guaranteed school funding into the state constitution. “Health and human services have no such provision.”

Wright and other health-care advocates are hoping that, in November, California voters extend at least some of Prop. 30’s revenues with Proposition 55, which will continue the personal income tax on people with incomes higher than $250,000 for the next 12 years. “It’s only because of Prop. 30 and a strengthening economy that we’ve been able to have the conversation about raising provider rates and partially restoring dental care for adults,” Wright says. “If we lose that revenue source, we worry that conversation will be over.”

If the state again runs into a deficit, Denti-Cal in particular “will be in the crosshairs.”

If you’ve ever had a debilitating toothache, you might question the extent to which dental care is an option, as opposed to a medical necessity. Bad teeth have been linked to chronic headaches, heart disease and systemic infections; they can stand in the way of your getting a decent job, eroding both self-image and confidence. For children, they also mean days missed from school and lower academic performance. A 2009 study by University of California, Los Angeles researchers found that children who need dental care and can’t afford it missed two or more school days during the year due to dental problems. Among children whose families could afford care, only 36 percent of children needing dental care missed two or more school days.

Dentist: I would not extract all of my patient’s remaining healthy teeth for Denti-Cal approval.

Even with California’s robust economy, however, Denti-Cal remains inaccessible for many of the 14 million adults and children who depend on it. Nearly half of California’s counties have inadequate numbers of dentists to serve Medi-Cal patients. Humboldt, Mendocino and Alpine counties have no Medi-Cal dentists listed with the state at all.

Patients sometimes wait weeks, or even six months, for an appointment. When they finally do get in to see a dentist, they’re often shocked to learn about the program’s arbitrary coverage rules. Denti-Cal will cover root canals on front teeth, for example, but not rear teeth – if those hurt too much, the dentist will have to pull them out. It will pay for a full mouth restoration, but not a partial set of dentures or a bridge.

Dr. Valery Sweeny, a Los Angeles dentist who accepts Denti-Cal, recently had to explain to a patient why he’d been denied coverage for a partial set of dentures. “I wasn’t willing to extract all of his remaining healthy teeth just so Denti-Cal would approve it,” she says. “It’s not really in keeping with what proper dentistry should be.”

Sweeny says she aspires to do “ideal dentistry” on all the patients who come into her Silver Lake office, but Denti-Cal reimbursements are so low (dentists get paid, on a national average, anywhere from two to seven times as much as Denti-Cal dentists), and the paperwork so burdensome, that she ends up losing money on them. “I explain to [Denti-Cal patients] what they need, and then I tell them what Denti-Cal will pay for.” There’s often a big gap, and the patients leave upset.

“It always shocks me to see people who have these issues,” Sweeny says, “people who have jobs and they still can’t finance their dental-health needs. I look in people’s mouths and I see so much need.”

Efforts are in the offing to fix Medi-Cal’s dental coverage, to make it more rewarding for the dentists who provide services, to expand access for people in rural counties, to prioritize preventative care. The federal government has agreed to invest $750 million in Denti-Cal over the next five years to pay dentists more and encourage professional care. A bill to increase provider rates, carried by Assemblymember Brian Maienschein (R-San Diego) died in the state Senate. The reason, Assemblyman Tony Thurmond told Capital Public Radio’s Ben Bradford, is that there wasn’t enough left in the budget to cover its $200 million price tag.

There will be even less left two years from now should Proposition 55 fail. Anthony Wright prays that doesn’t happen. “What we hope is that it keeps the conversation open,” he says, “and that it keeps us from having to make more cuts to Denti-Cal. But we also hope it’s an opportunity to fully restore what we’ve lost.”