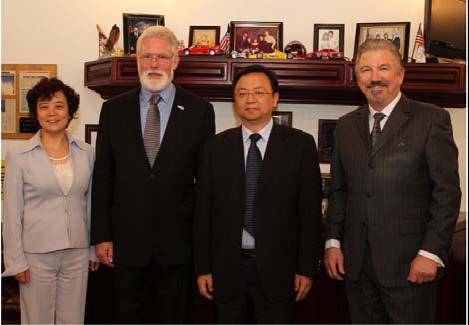 It was with great excitement that California elected officials welcomed the Chinese company Build Your Dreams (BYD) to build electric buses in places like Lancaster, Long Beach and Los Angeles. Hopes were high that BYD’s Zero Emissions buses would clean the air, and hundreds of Angelenos would go to work in BYD’s new downtown Los Angeles office, earning paychecks to support their families.

But this weekend, news reports revealed that the company’s promises of jobs and quality products couldn’t be more hollow. The California Department of Industrial Relations issued BYD numerous citations on October 10, fining the company $79,250 and requiring it to pay $20,000 in back wages to 22 employees.

City officials, according to the Los Angeles Times, expected that the deal with BYD would bring thousands of jobs to the area, but three-and-a-half years later, fewer than 40 workers are locally employed by BYD and quite a few of the workers who the company has employed are Chinese workers in the United States on visas.

According to the Times, those workers have been living in dormitory-style housing for up to six months, getting paid only $1.50 per hour and a $50 a day allowance. The state agency that cited BYD found that the company failed to pay the workers minimum wage, didn’t give them all of their legally mandated rest breaks and improperly reported wages to the workers.

BYD received millions in state and federal subsidies to come to California and has signed contracts worth tens of millions of additional revenue, and yet they can’t seem to pay workers even a minimum wage.

In a press release, Madeline Janis, national policy director of the Los Angeles Alliance for the New Economy (LAANE), said:

Los Angeles officials must have been asleep at the switch to miss BYD’s potentially unsafe buses, failure to create good jobs for Angelenos and misuse of millions in taxpayer funds. BYD’s deception underscores the need for our public transportation agencies to monitor contractors and hold them to the highest standards.”

Janis pointed to another of BYD’s problems, the fact that the electric buses it has produced so far have potential safety problems. After BYD failed to properly test some of its products and were dishonest about testing and contracts, some of the BYD buses, when tested, started cracking—a problem traced to subpar welding done in China.

LAANE says that the numerous failures by BYD mean that transit agencies in Los Angeles and Long Beach should re-evaluate their contracts with this company and give responsible companies a chance to compete fairly for these lucrative deals. Janis continued:

“Electric buses can provide clean transportation for our community, when made safely by American workers with good jobs. Several electric bus manufacturers with proven job creation and safety records were unfairly passed over for these contracts because of BYD’s outrageous deception.”

(Kenneth Quinnell is a writer and activist who blogs for the AFL-CIO. His post first appeared on Labor’s Edge and is republished with permission.)

Related Topics:BYDMadeline Janis
Up Next